An Overview of Fracture Mechanics in Industrial Applications

An Overview of Fracture Mechanics in Industrial Applications

Always cracking your HMI? Learn how fracture mechanics strives to model and understand how cracks form and propagate.

A relatively unknown field of study prior to WWII, fracture mechanics quickly became a necessary engineering consideration for all structures, airplanes, car components, and shipbuilding, among other large- and small-scale productions. 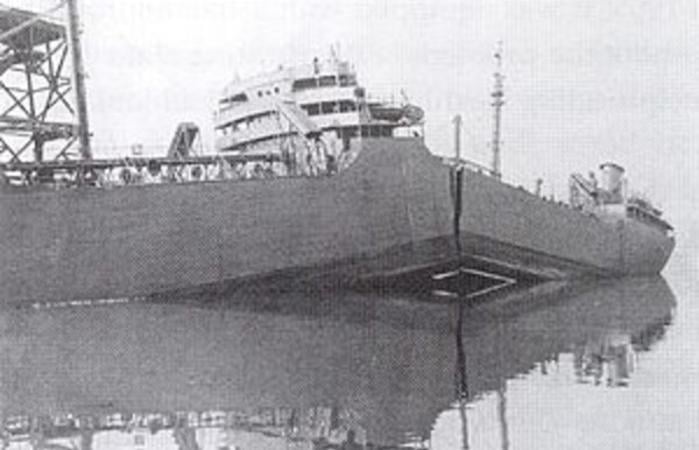 Figure 1. Catastrophic failure of the SS Schenectady due to brittle fracturing in cold waters. Image used courtesy of Al Rosenfield

Fracture mechanics was spurred by sudden, catastrophic events such as the Boston Molasses Disaster in 1919, the crashes of three de Havilland Comets in the 1950s, and the complete fracturing of the SS Schenectady in WWII. The field set out to understand, characterize, and model cracks: How they form, how they propagate, and the best way to avoid designs that allowed for such dramatic structural failures.

The theory of fracture mechanics was initially developed by Alan Arnold Griffith, who first hypothesized that brittle materials were filled with very small defects, fine cracks, and pits. These defects increased the internal potential stresses, causing the material to fail at stresses significantly lower than the material’s theoretical strength.

When a crack starts and begins to propagate, there is an increase in the surface area of the crack as two new surfaces are created. These new surfaces will range in size depending on the thickness of the material. They might be only a few square millimeters or a couple of square centimeters for thicker materials, like I-beams and battleship hulls.

A certain amount of energy is required to form these two surfaces, which needs to be greater than the cohesive force between the individual atoms in the material. As expressed in the Griffith criterion, as a crack grows, there is an increase in surface energy. As mentioned above, the material innately has a level of potential stress-energy due to defects. There is also the added stress-energy due to external forces.

For example, when you drop your phone, there will be a sharp increase in stress as it hits the ground. When the sum of the external and internal stressors is greater than the required surface energy to form the two new surfaces of the crack, the crack will propagate. As the crack expands, the surface energy increases, and the stress within the material decreases. When these two forces are in balance, then the crack growth ends.

Three loading modes create and enlarge cracks. Laboratory experiments will usually focus on one specific mode to analyze, but cracks for industrial applications may be a combination of one, two, or all three. 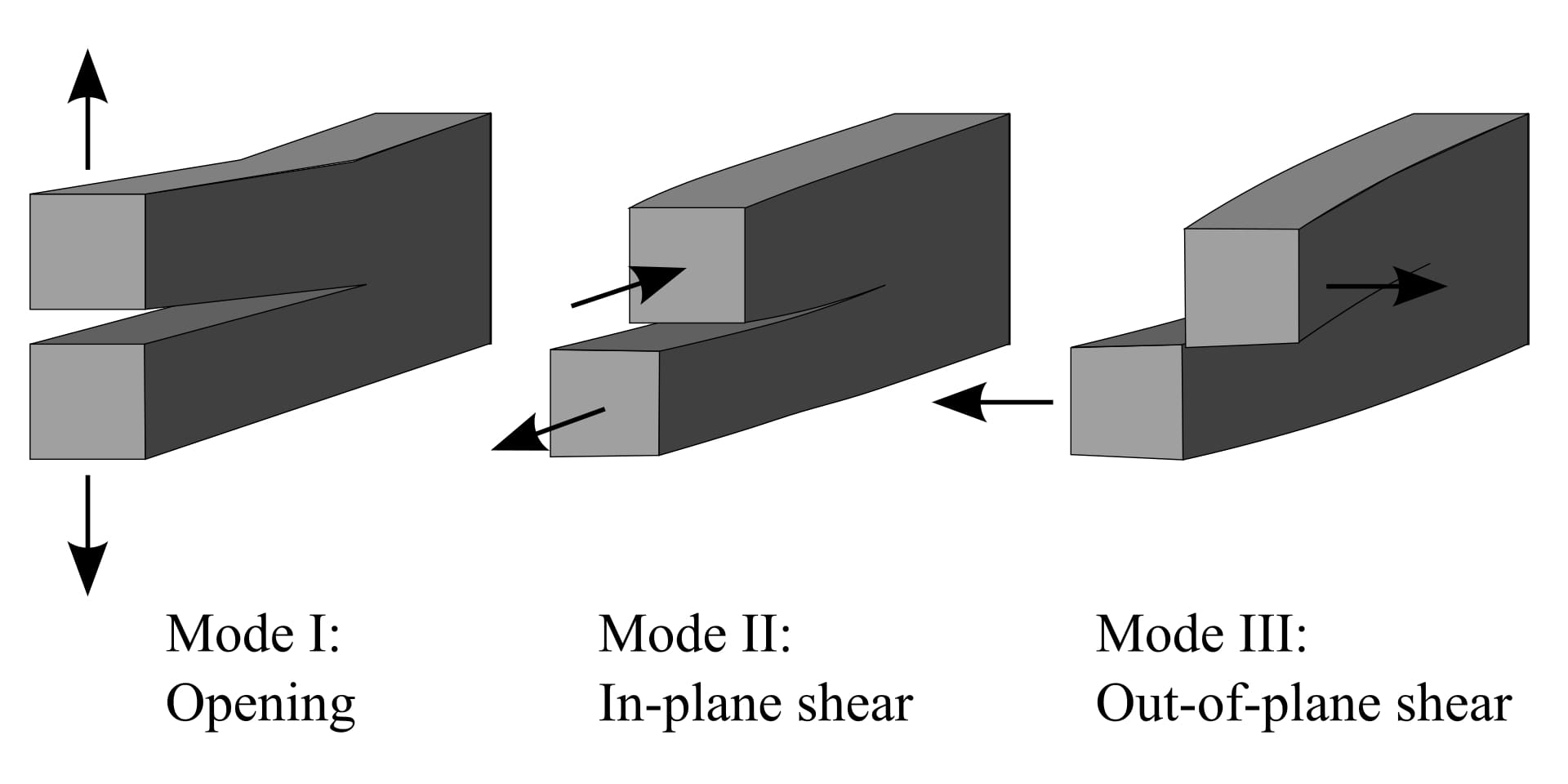 Figure 2. The three main crack tip loading scenarios, of which all loading situations are created.  Image used courtesy of Twisp

Both modes one and two occur in the plane of the crack and are more likely to occur in an industrial setting. Mode three is out of the plane and only occurs in specific cases.

Previous work in fracture mechanics was performed on brittle materials to simplify the calculation and keep Griffith’s criterion linear. However, many materials used for construction, designing, and fabricating are not completely brittle and will usually have a plastic response to loading and experience ductile fracturing. 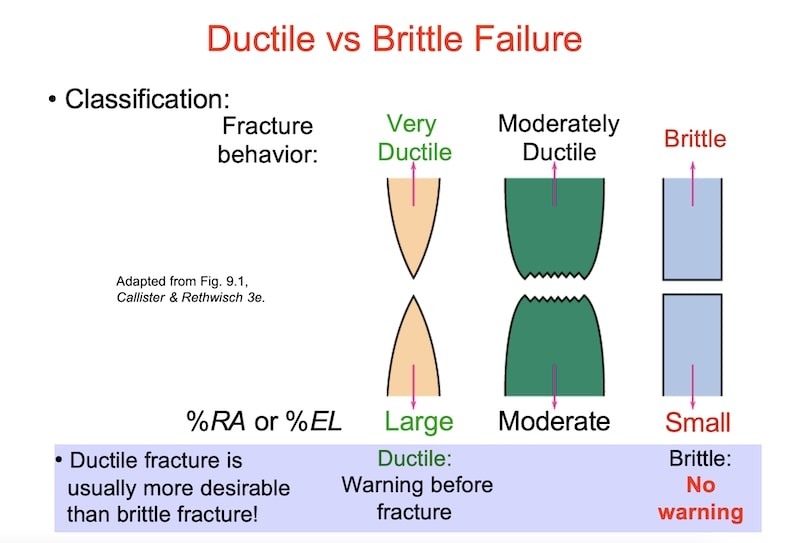 The J integral takes an integral around the crack tip; it can calculate the work done per unit fracture or the energy release rate first discovered by Griffith within the ductile nonlinear portion of the material. The J integral grows as the plastic region expands.

Today, fracture mechanics are continuously used in designs from joints on airplane wings, metal joists in buildings, car tire rims, the glass covering our smartphones, and the windshield protecting you from incoming projectiles. In conjunction with fatigue testing, understanding how an object or design will initially crack and eventually fail allows engineers to directly improve designs for both longevity of the product and system safety.

New nanoscale materials that are less likely to crack and fail, such as hexagonal boron nitride, are expanding fracture mechanics beyond the macro. Developing crack-resistant materials from the atom up calls for the discovery of completely novel and world-changing materials. Artificial intelligence (AI) and deep learning models continue to improve our understanding of the core concerts of fracture mechanics while simulating how unproven materials will fracture, considerably speeding up the search for stronger materials.

Fracture mechanics may not seem common, but it’s in everything, from safety mechanisms to large metal structures. Due to its vast use, fracture mechanics can have major consequences, like the SS Schenectady failure.

Share your experiences with fracture mechanics. Did it cause a failure in one of your systems? Did you figure out how?