A brief overview of controllers through history and an analysis of factors to consider when deciding which one to use.

PLCs were initially introduced in the 1960s and early 1970s. The goal back then was to replace relay switch cabinets and large masses of wires with a more compact and efficient solution. Later on in the 1980s, PLCs were widely adopted in the automotive and food and beverage industries.

The Modicon 084, the world's first PLC introduced in 1969. Image used and modified courtesy of Allen-Bradley, Rockwell.

As systems grew in complexity, more computing power and advanced functionalities were required. This led to the introduction of new components, the PAC (Programmable Automation Controller). Generally speaking, PACs have all the PLC capabilities, but programming is based on C or C++. PACs are designed to be more modular.

Due to their design, PACs may be considered a more suitable option over PLCs for decentralized systems with many I/Os to manage. Despite PLCs and PACs initially being considered different components, the reality is that the delimitation between the two is more elusive, as there are many overlaps.

PLC innovation trends indicate that they will soon be capable of more of a PAC's functionalities, making the boundaries between the two even more blurry. 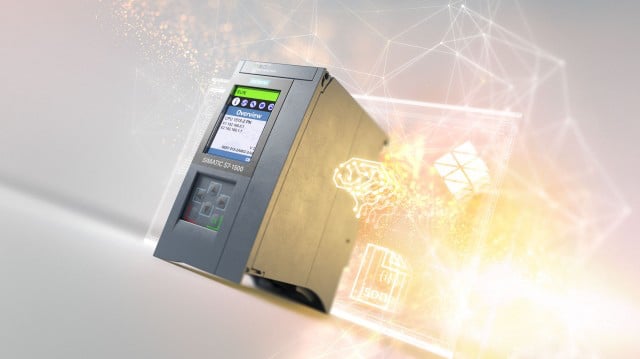 The S7-1500 PLC from Siemens.Image courtesy of Siemens.

Panel PCs were first introduced in the late 1980s, giving birth to a new type of controller, the Industrial PC (IPC).

The ability to control a machine and visualize status and variables in an all-in-one device was a major innovation of the era. Later in the early 1990s, as larger manufacturing processes became more automated, interest in PLC simulations originated.

The need was to test and validate software before implementing it on a running system in a production environment. As research gradually advanced, it became possible to write applications that could change operative system priorities, making it safer for the Soft-PLC to control machinery directly. For the next several years, however, due to the reported unreliability of Windows and Linux running Soft PLCs, the adoption of industrial PCs in the market stagnated to some extent. Issues and bugs running Soft PLCs were partly caused by these operative systems not conceived for this purpose.

For the past ten years, as more stable versions of OS were released, computing power continued to grow exponentially, and compact OS versions were developed, IPC market share growth picked up again. More recently, thanks to breakthrough developments, such as the introduction of Windows 10 IoT, the growth forecast looks better than ever for IPCs. 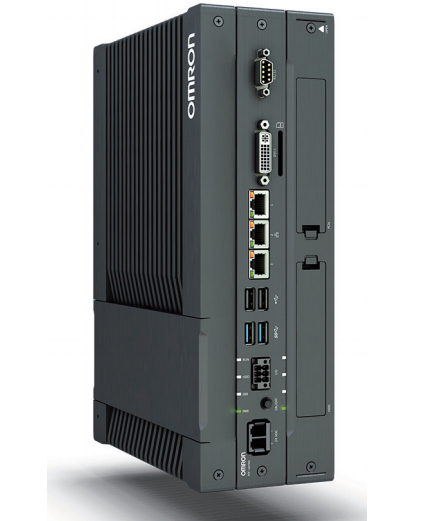 Due to automated systems continually increasing in scope and complexity and due to improvements to data security and management, vendors and systems integrators are more confident and slowly moving away from the once dogmatic practice of isolating automated systems from the outside world. This plays out well for the next generation of large data and machine learning.

The Importance of Controller Selection

It used to be that the decision on which controller to use was primarily based on the size of the automation project. For small machines with few I/O, PLCs would be the default choice, while for larger projects with more I/O, PACs would be preferred. IPCs were favored when the system would benefit from the visualization advantages of the Panel PC. For a long time, it was unclear which would be a good application for choosing an embedded PC over a PLC. Whether to use an IPC or not might have been an emotional decision in many situations.

While these basic notions still apply to some extent today, there are more factors to consider. There is all the knowledge and expertise acquired over the years by thousands of researchers, application engineers, and users worldwide. As we now see PLCs as more powerful components, we also trust IPCs to run our machinery reliably. There is less and less fear of a Windows-run controller getting a virus or crashing. Security and patching policies are also put in place to ensure continuity.

Another factor that affects the decision is that at an industrial level, a company or a customer likely already has a set of automation standards that could limit the choices. These standards may determine the controller brand and, in consequence, the type of controllers available. This is nothing more than a natural progression of a market that is reaching a certain maturity. Companies want to have standards in place and document changes.

IPCs are increasing in popularity, with their market forecasted to grow by nearly 7% in the next four years. This does not indicate a decline for PLCs. In fact, for the foreseeable future, all three types of controllers will continue to expand their power and capabilities, consequently, stay on the market.

Even with the overlaps mentioned before, controllers are not directly competing against each other. The trend is actually towards more integration.

The industry may see more fully automated systems that use all types of controllers. For example, an automated storage and retrieval system (ASRS) might rely on PLCs to control inbound and outbound conveyance, PACs for decentralized control of stacker cranes, and IPCs for the main application, and communication with the ERP.

In another example, in a laser-guided vehicle (LGV) system, each LGV might be equipped with an IPC (due to complex external devices integrated), while traditional conveyors are controlled by PLCs. Thanks to the advancement in controller technology, we now have more options than ever for achieving a fully automated process.