This article discusses different types of motor encoders in automation, specifically linear and rotary encoders and their applications.

What are Motor Encoders?

A motor encoder is a device that logs position data for a control system in automation, or for any machine that includes a motor, where location data is needed.

They can be found in everything from robotic arms to 3D printers. Encoders play a pivotal role in making autonomous machinery function properly.

They allow for precise measurement of the moving parts in a system. Motor encoders are beneficial in several ways, for example, linear encoders are often used in track applications and allow CNC machines and 3D printers to precisely create parts and rotary encoders make robotic arms possible in the manufacturing industry. The signals they send are used to activate different outputs from the controller, or PLC, at the correct moments.

How Does a Motor Encoder Work?

Encoders work by feeding the control device electrical information based on one of two different systems as mentioned above, rotary or linear. There are also several mechanisms for converting physical changes to electrical data in an encoder: resistive, mechanical, magnetic and optical, with optical encoders being the most commonly seen in manufacturing.

An optical encoder contains at least one light sender and one light receiver to convert physical movement into electrical signals for the controller to process. No matter the method of conversion, the encoder will always either be a linear or a rotary encoder.

In an optical encoder, both rotary and linear use ‘windows' cut out of a solid surface which only allows light through to the receiving unit incrementally. Where linear encoders use sensors that detect different patterns in a strip that follows the length of the path, rotary encoders consist of a disk with slots that send signals back to the control system.

In an optical system, the sending unit emits a constant beam of light and the beam is incrementally broken as the system moves. The receiving unit sends an electrical signal to the controller any time it detects light from the sending unit. There are various configurations of disks or tracks that block/receive light, depending on the application. These include absolute position encoders and incremental encoders.

Absolute and Incremental Encoders: What is the Difference?

Absolute encoders use more than one light sensor to send binary code to the controller. They have different slots that correspond to a light sender/receiver pair. These slots create a binary code that can tell the angular position of the motor within one revolution, for a single turn absolute encoder. 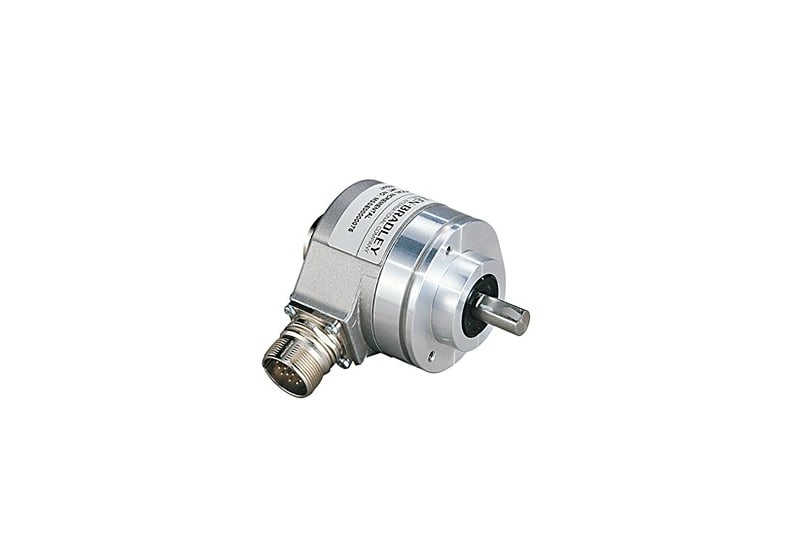 In applications where more accuracy and a larger range is necessary, a multiturn encoder uses gear reduction and two encoder disks to enable a larger band of known positions.  Absolute encoders are more applicable to situations where position data is required after a power shutdown, the most common being in a safety circuit.

Incremental encoders have evenly spaced slots to send pulses to the controller. These encoders rely on pulses that are counted from a zero location, so it is important to have a known position to restart the count in the event that the system loses power for any reason.

In cases where only the speed of the motor is necessary, an analog signal can be sent to the controller allowing it the ability to process this data into a useful application.

If position data is necessary to the process, then an encoder can send electrical pulses to the controller to decipher where the motor is within its boundary zone.

Where are Linear Encoders Used?

Linear encoders use a transducer, or ‘cut-outs’ on a scale, to send electrical pulse signals to the controller. These pulse signals can be deciphered and translated, by the PLC, into instructions for the equipment to follow.

Linear encoders are better in applications with sliding positioners, such as 3D printers or CNC machines. They are ideal in processes that need accurate high-speed data transmitted to the controller. Some linear encoders will need a reference position to find zero after the loss of power or PLC/controller restart if they are not absolute encoders.

Absolute encoders use binary for a location, incremental encoders can only send pulses that the controller counts after startup. A limit switch or sensor can be used to provide the reference point when position data has to be restarted.

Absolute code based linear encoders are capable of finding their position without moving or using a reference point. They use binary code stemming from more than one scale to determine position.

This gives more flexibility in the application process and opens up more opportunities in areas where safety after a restart is concerned.

The Use of Rotary Encoders

Rotary encoders consist of a round-shaped scale attached to the shaft of a motor. As the motor turns, the light sensor reading the pattern in the scale sends either pulse counts or binary code to the PLC.

A rotary encoder is useful in applications where motor speed is needed or where it is difficult to measure distance by a means besides the rotation of the motor, such as in the servo motors in a robotic arm. 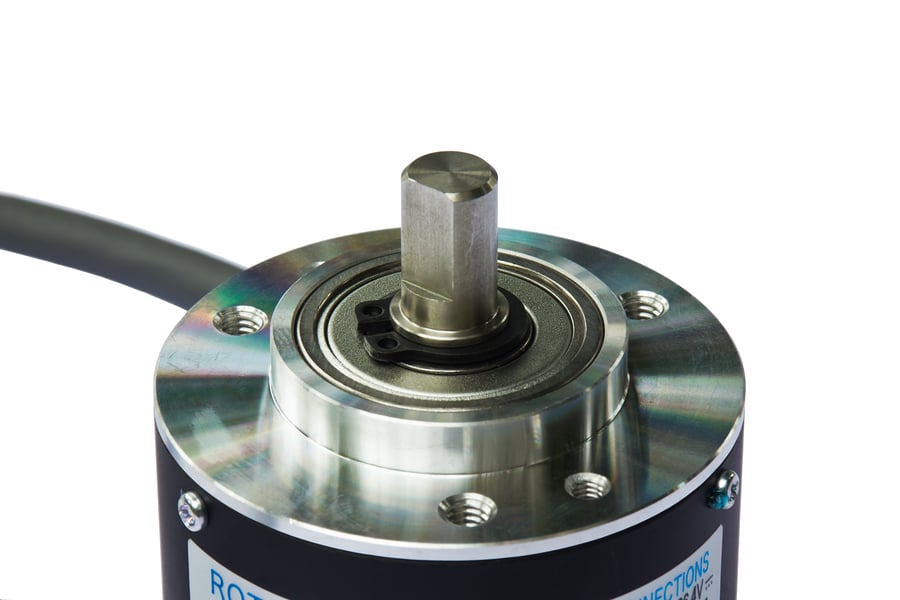 A close up of a rotary encoder.

Applications that need motor speed control use incremental encoders that produce pulse counts to measure motor speed. There are a certain number of slots in the encoder scale and the PLC counts the slots as the motor turns. This can then be translated into RPM. An example of where this might be useful is on a conveyor belt motor. Certain parameters might call for different belt speeds, and the PLC can adjust accordingly, based on the RPMs of the motor.

They are also useful in applications where accuracy is important because they produce much more accurate data than absolute rotary encoders. Although they are more accurate, they are not able to read positions without some movement and may possibly need a reference position after loss of communication with the PLC.

Absolute encoders are also available for rotary-style motor encoders. These are more applicable to situations where angle data is necessary. They are also able to recall positions after the loss of communication or power between the encoder and the controller, unlike the incremental rotary control which needs movement to relay data.

Which encoders do you use most often?