Learn all about exoskeletons, a way to fuse robotics and humans in ways that can help the manufacturing process while protecting the human body from excessive strain.

Industrial manufacturing tasks often involve workers moving heavy items around manually in uncomfortable ways. This introduces long-term health risks for the workers along with reduced output and poor performance. Current solutions for heavy lifting tasks are the use of powered cranes and forklifts, usually hanging from the ceiling of the factory. Among all robotics applications for industrial use, human-centered exoskeletons are robotic suits useful for enhancing normal human strength to solve the problems associated with heavy lifting, fatigue management, and labor physical health management. 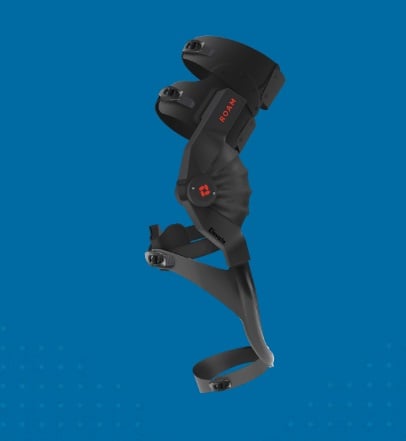 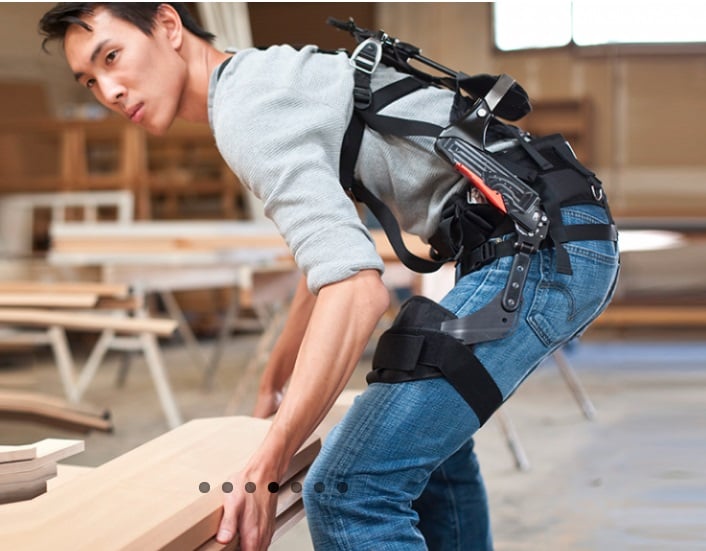 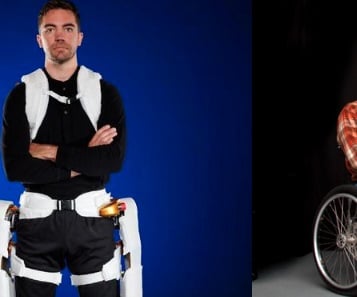 Exoskeletons have different structures and can support the waist, shoulders, and upper and lower limbs. Lumbar exoskeletons are useful for heavy lifting while upper limb exoskeletons are useful for supporting proper shoulder motion, efficient weight distribution, and ideal posture maintenance. They have proven medical, military, and civilian uses for applications like assisted walking, war performance enhancement, and skiing, respectively. While these applications are appreciable, exoskeletons are finding even more use cases in industries by improving human worker performance and output.

An exoskeleton comprises a metallic framework for the body, the actuators, a power source, and the actuators for the joints and electronic devices like controllers, drivers for actuator control, and sensors for sensing the wearer’s body behavior and intention. 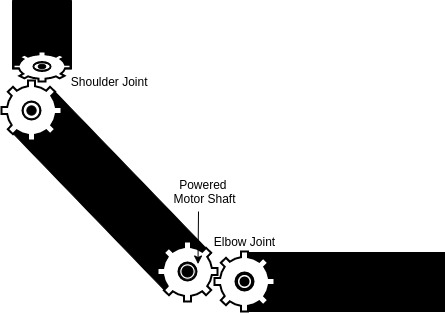 Figure 2. A simplified representation of a powered elbow and shoulder joint exoskeleton.

Exoskeletons usually have an extensive sensor suite to measure the different physical quantities on the device, useful to control and automate the support abilities. Exoskeletons with actuators need electronic components for their control,  including drivers, voltage converters, and other power electronics circuits. The complete system is controlled using a microcontroller which also processes incoming sensor information.

Multiple sensors are used to detect human intent and/or joint loading on the exoskeleton in order to provide sufficient power at the joint. Ideally, an exoskeleton, under all no-load conditions, only compensates for its own weight and the weight of the human body part, it is attached to. It should only add extra power based on dynamic requirements.

The most basic approach is detecting the load exerted on the joints different from the exoskeleton’s own weight, which it then compensates using the actuators so the human ideally feels no load in a zero-gravity zero-friction state. Load cells and strain gauges are the most common transducers for this.

The most common sensors include: 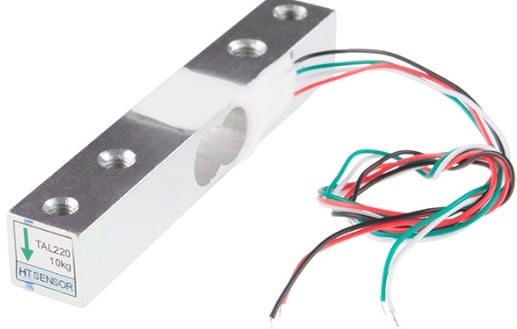 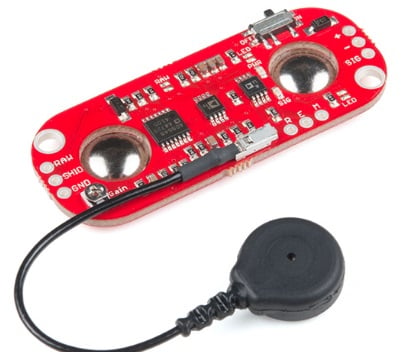 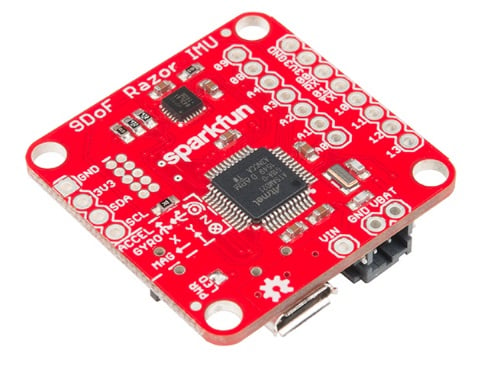 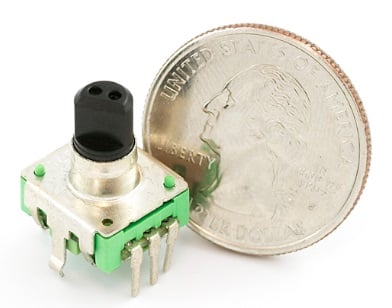 Since an exoskeleton is carried by a human body, it needs to generate substantial strength at the joints to not only augment the strength of the human body and its support the bodyweight but also supports the suit’s own weight. Thus, a lot of torque must be generated using actuators that are small, compact, power-efficient, and lightweight. The most common actuators used in exoskeletons are electric hydraulic and pneumatic or a combination of these different transmission mechanisms so the strength and endurance are very high.

Companies like Sarcos Robotics, Roam Robotics, and Cyberdyne are the frontrunners of the exoskeleton industry, manufacturing robotic suits useful for industrial and consumer applications. They provide more strength and power for cumbersome/risky physical activity while trying to maintain natural agility, acceptable comfort-level, and be the least disruptive or invasive to the human body as possible.

Active power-enhancement exoskeletons have promising long-term benefits of worker performance but the technology adoption rate is very slow owing to the lack of robustness in the technology and the expenses that come along. It also introduces the need for more training and use of the technology to extract maximum ROI which is not directly quantifiable. However, passive exoskeletons justify their costs with proven results towards avoiding worker injury and fatigue.

Industries have started acknowledging and respecting human labor and have been gradually striving to enhance their work experience by providing them resources like exoskeletons. The high adoption rate of passive exoskeletons is an example that exoskeleton suits will soon become an integral part of the industrial work culture.