Root Cause Analysis in Manufacturing: How Does it Work?

Root Cause Analysis in Manufacturing: How Does it Work?

Root cause analysis (RCA) is a method used to identify the root of specific problems. Below are the steps necessary to complete RCA.

The priority of the maintenance and production department is to identify and move any fault in a system. It is possible that specific problems can reoccur if the root cause of the problem is not determined. 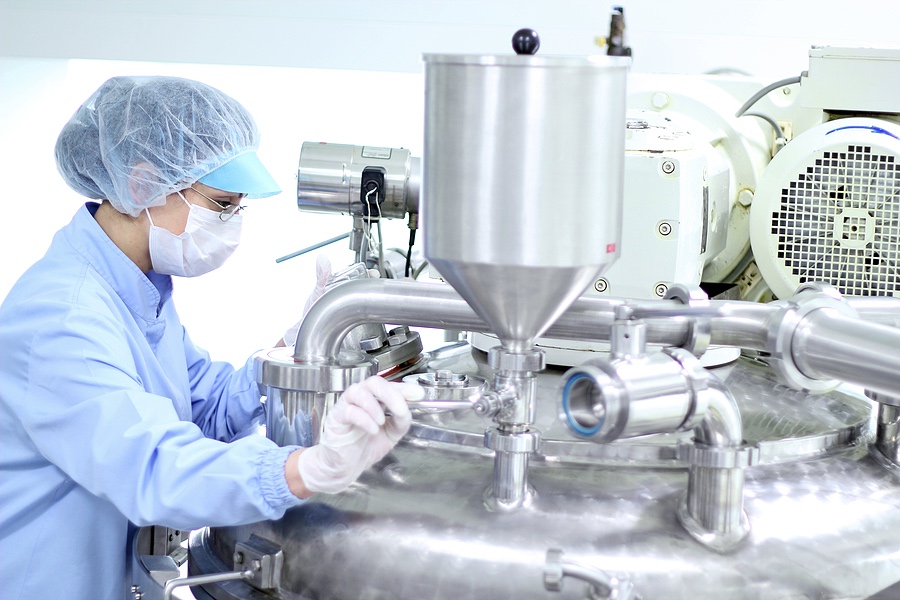 Preparing machine for work in a pharmaceutical facility.

The RCA's sole objective is to establish an environment that focuses on the cause of the problem. As a result, the output is the methods and procedures that help improve the equipment or system's overall performance.

Below are some types of data that can be collected:

In this step, assessments can be made based on the data collected. Data is thoroughly studied at this point in the process, and if necessary, help from respective experts is taken. The following steps can be involved in establishing a hypothesis.

This involves the establishment of the corrective actions required to prevent the problem from occurring again. You can implement these following recommendations:

During the process of conducting Root Cause Analysis, it is essential to document the data and observations found properly. This includes recording problems and corrective action.

Proper monitoring is necessary to make the Root Cause Analysis useful. Monitoring ensures that the concerned department or personnel are following the recommendations. It also helps to determine the following:

The team performing the Root Cause Analysis should have some basic knowledge of the process and the regulatory equipment needed to complete this. Otherwise, this will result in unrealistic observations and solutions that could be impractical to implement. 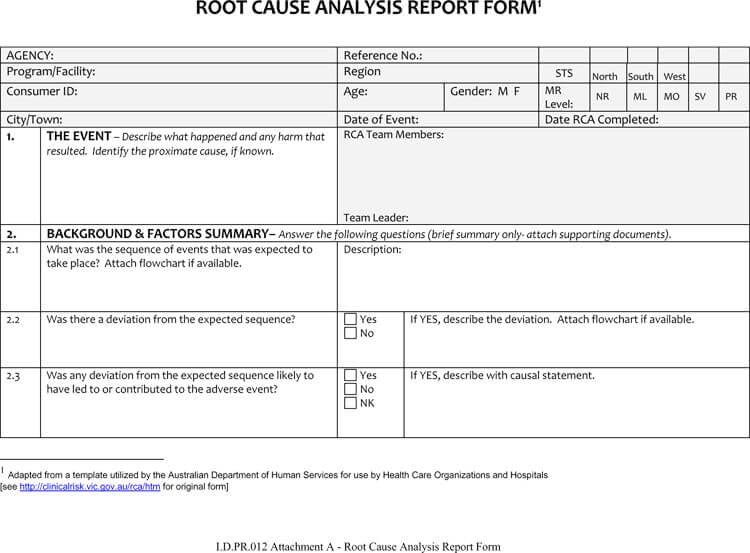 An example of a root cause analysis form. Image courtesy of Microsoft.

The team should consist of several people, including the department or section in which the problem occurred. The team should have in-depth knowledge of specific industry standards as well. One of the team members should be leading the RCA. This person is responsible for implementing the agreed-upon solution.

Root Cause Analysis and New Techniques

The industrial sector has witnessed first-hand the advancement in the technologies, increasing the productivity of a process. However, the Root Cause Analysis has retained its importance.

Predictive maintenance has dramatically improved the machine operation by predicting breakdown in advance, but this technique cannot give the cause of the fault. By effectively using Root Cause Analysis with these advanced techniques, the breakdown can be more effectively managed.

RCA can be more effective than previously thought because of the large amount of available data from new technology advancements and innovation. The algorithm used by these new technologies can be used to perform Root Cause Analysis.

Some of the advantages of using Root Cause Analysis with the new technology are:

The signals from the camera circuit were found to be working correctly. The wiring was adequate, and the rejection system was receiving the signals that responded to the system at the correct timing.

By following these steps, hopefully, you will be able to identify and correct any issues you may be having in your process.