The next level of detail is the Process and Instrument Diagram, or P&ID. Here, we see a “zooming in” of scope from the whole evaporator process to the compressor as a unit. The evaporator and knockout vessels almost fade into the background, with their associated instruments absent from view: 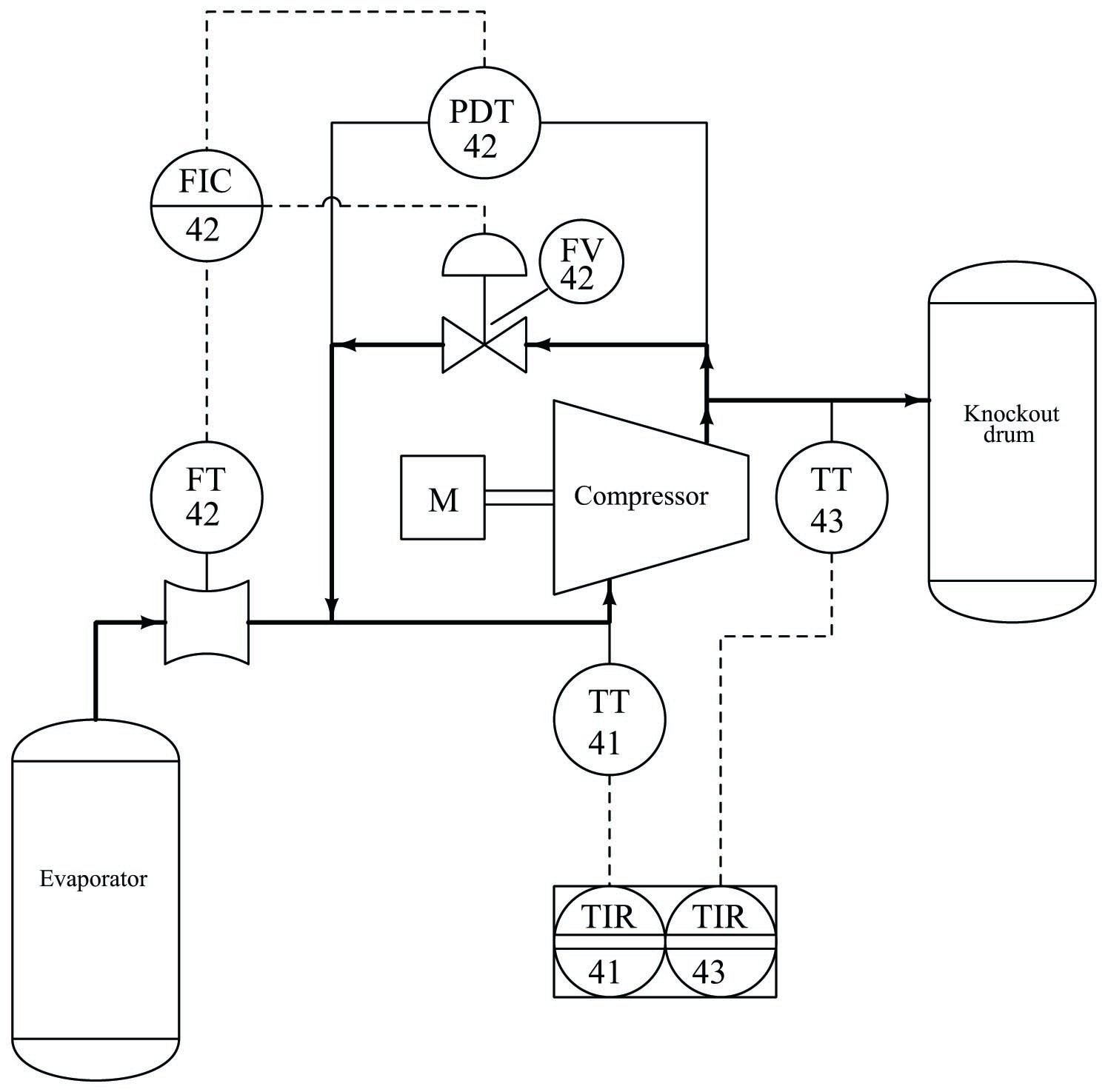 Some other noteworthy details emerge in the P&ID as well. We see that the flow transmitter, flow controller, pressure transmitter, and flow valve all bear a common number: 42. This common “loop number” indicates these four instruments are all part of the same control system. An instrument with any other loop number is part of a different control system, measuring and/or controlling some other function in the process. Examples of this include the two temperature transmitters and their respective recorders, bearing the loop numbers 41 and 43.

Please note the differences in the instrument “bubbles” as shown on this P&ID. Some of the bubbles are just open circles, where others have lines going through the middle. Each of these symbols has meaning according to the ISA (Instrumentation, Systems, and Automation society) standard:

The type of “bubble” used for each instrument tells us something about its location. This, obviously, is quite important when working in a facility with many thousands of instruments scattered over acres of facility area, structures, and buildings.

Details we do not see on this P&ID include cable types, wire numbers, terminal blocks, junction boxes, instrument calibration ranges, failure modes, power sources, and the like. To examine this level of detail, we must turn to another document called a loop diagram.