For autonomous mobile robots (AMRs) to function in dynamic industrial environments that may change rapidly, LiDAR and SLAM are used to “see” what is around them, map their domain, and navigate through it while avoiding obstacles and risks. However, the success of a LiDAR/SLAM system depends heavily on the right choice of a high-power laser diode. 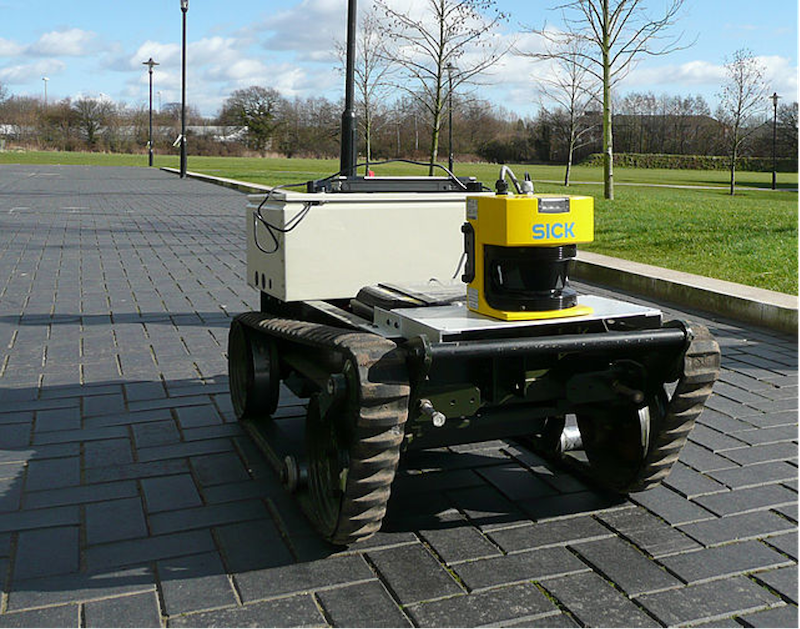 Light Detection and Ranging (LiDAR) is used in automation to create a 3D map of the environment, usually in the form of a point cloud. This allows an AMR or robot, such as the one shown in Figure 1, to detect obstacles, successfully navigate through its operating environment, and detect potential risks in that environment.

Simultaneous  Localization and Mapping (SLAM) is a combination of technology and algorithms that allows a robot or AMR to create a virtual map of its environment and locate where it is in reference to that map. Initially, SLAM provides an estimate of its location, but the accuracy of its positioning and mapping improves as it gathers more data.

SLAM operation enables AMRs and other robotic applications to generate maps of new environments, accurately locate themselves within the new environment, and navigate and perform autonomous operations even in the presence of dynamic objects like people. LiDAR is a key component of SLAM systems that provides critical data about the environment.

LiDAR and SLAM depend on pulsed, high-intensity laser light coming from high-power laser diodes (LDs) to create the point cloud data (such as that shown in Figure 2). By measuring how the laser reflects off objects, the distance to those objects can be mapped out. However, the accuracy of those measurements and the usefulness of the point cloud data depend heavily on the right choice of high-power LD.

There are specific design considerations when selecting a high-power LD for a LiDAR/SLAM system:

Another consideration is the power output, which impacts the range of the system (i.e. higher power = longer range) and safety considerations. However, there is a caveat: in the context of AMRs and mobile robotics such as drones, the efficiency and energy conversion of the LD plays a critical role in the distance or time of flight that is possible from a single battery charge.

As a usage case, consider an AMR used in an industrial warehouse tasked with autonomously checking inventory levels of lawn equipment, not unlike a similar application implemented by Wal-Mart several years ago. A vital aspect of warehouse AMRs is LiDAR/SLAM to support safe, efficient autonomous navigation.

For most industrial LiDAR/SLAM applications, high-powered laser diodes must be rugged, and this is undoubtedly true of AMRs. One aspect that contributes to this is resistance to wavelength variation in response to fluctuating temperatures, which can be extremely problematic in a large warehouse where ambient temperatures can be difficult to control.

AMRs require rechargeable onboard batteries to function, with driving time and distance directly correlated to the amount of power expended by the AMR system. In fact, the power consumption and efficiency of every aspect of the AMR (including additional systems mounted on the AMR) impact its use time, including the high-power LDs used in the LiDAR system.

For this reason, LDs must make efficient use of power and support high energy conversion to achieve ranges that gather enough information to justify the initial and M&O costs of the AMR. Also, keep in mind that efficient power use also means less heat generation, potentially affecting the accuracy of other sensitive components on the AMR, such as a QR code reader. If the accuracy of the QR code scanner is compromised, the AMR is no longer able to achieve its goal.

ROHM’s high-power laser diode solutions for AMRs and robotics meet the specifications and constraints of modern LiDAR/SLAM. These solutions include the RLD90QZW5 (shown in Figure 3) 905 nm, 25 W invisible pulsed laser diode featuring an emission width of 70 μm (compared to 200 μm for equivalent LDs). 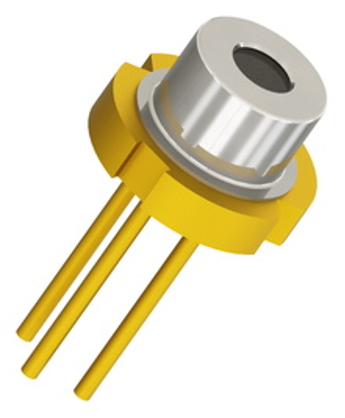 These ROHM products stand out in the high-power laser diode market due to the following features:

AMRs and other robotics applications used in industrial settings must operate in dynamic environments that require fast response to real-time changes. Effective navigation is made possible by LiDAR technology and SLAM systems, where high-power laser diodes are critical to accurate performance. As such, factors such as wavelength, wavelength variation with temperature, emission width, power output, and efficiency must be carefully considered when designing a navigation system for AMRs and robotics. Fortunately, ROHM provides the LD solutions needed to enhance the performance of LiDAR and SLAM in industrial applications.