When it comes to determining the level of substance in a container whether it be liquid or semi-solid there are some factors that engineers need to consider. Baumer released a range of new level switches that may transform industries forever.

What is a Level Sensor?

Level sensors are devices that can detect the level of a substance in a tank. One common example of where such a sensor would be found in automotive fuel tanks, where a float attached to a lever produces a resistance proportional to the amount of fuel in the tank.

Not all applications can utilize an absolute sensor as the tank may be too deep or the contents are not liquid. In these cases, a level switch is used instead which can be thought of as a logical switch that indicates if there if stuff around the switch. Multiple switches can be attached to the side of a container which is useful for determining if the tank requires refilling or if a pump connected to the bottom is running dry.

However, current sensors on the market have their faults. One common example is the vibration level switch. These devices have a pair of tongues that are made to vibrate and this frequency is recorded. When the tongues touch the medium being inspected the frequency of vibration changes and this change is converted into a digital signal.

To help solve common issues found with level switches, Baumer has announced their latest level switch; the PL20. The PL20 utilizes frequency deviation technology for the detection of a medium and can ignore viscous substance build up on the sensor head. 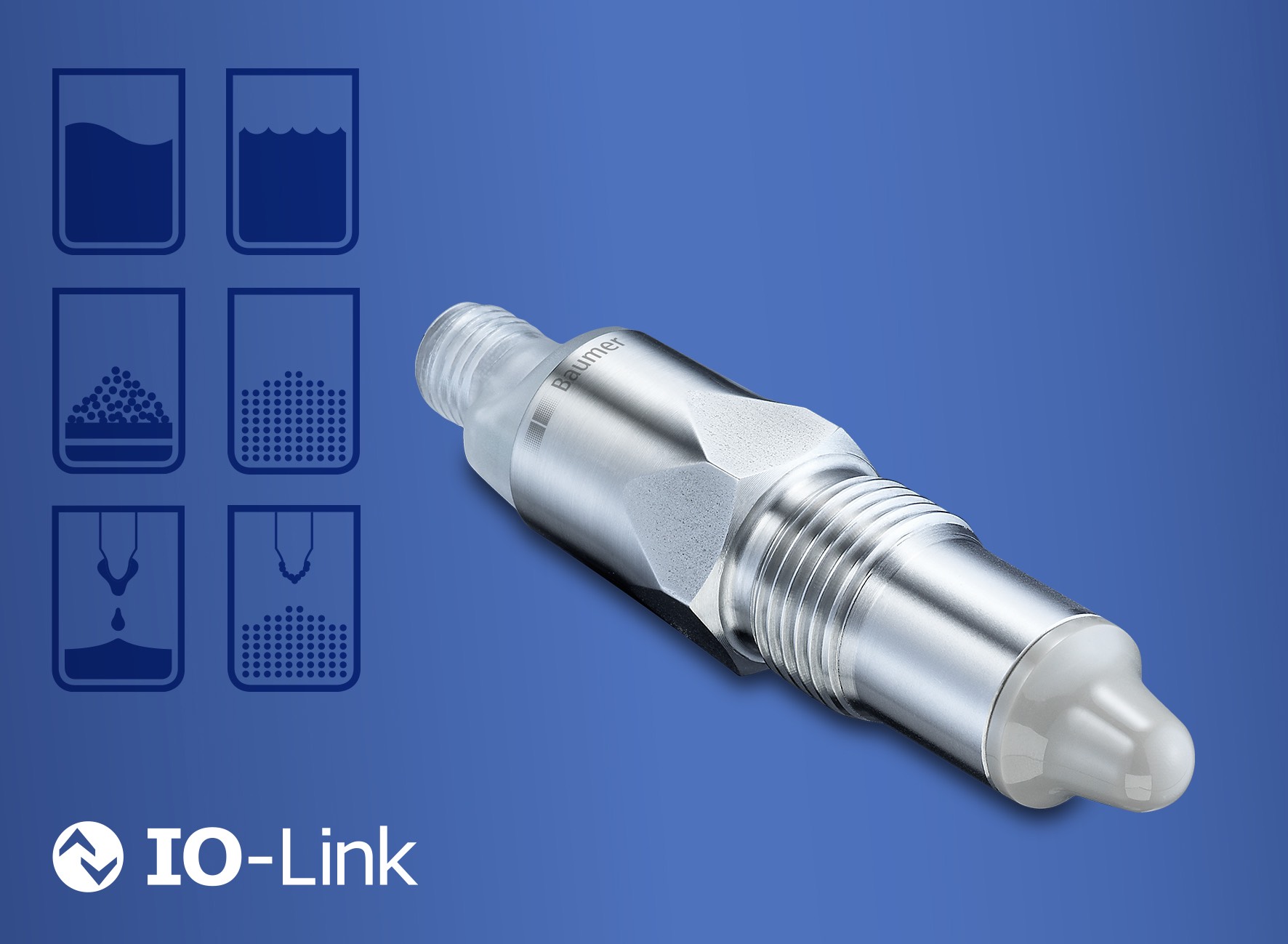 The adaptive trigger mechanism allows the sensor to self-configure itself to the detected medium with no need for parameter setting. The switch is able to work with the vast majority of substances including those found in the food industry such as liquids, pasty, viscous, or solids. The sensor has three different trigger modes (adaptive, window, and analog output), a hysteresis of ±1mm, and repeatability of ±1mm.

The response time of the PL20 is less than 150ms with the ability for dampening between 0s and 10s adjustable. The level switch integrates a COM port using 38.4kbaud, SIO-Mode, as well as multiple output types including NPN, PNP, push-pull, and 4-20mA current loop. The sensor incorporates PEEK Natura on the wetted parts and has surface wetness of Ra ≤ 0.8 µm.

While the PL20 is ideal for many industrial applications involving tanks and other medium stored in vats (both open and closed), the PL20 excels in the food industry thanks to its food-grade design. Food materials such as pasty which have a tendency to stick to sensors as well as other materials that can build-up electrostatic charge cannot affect the PL20s performance.

The PL20s ability to adaptively change to the medium also reduces installation complexity and setup-time. But the PL20 is not the only level switch offered by Baumer; the LBFH/I is a level sensor that not also has IO-LINK capabilities but can operate in AETX environments and incorporates a multi-color LED for use as a visual aid.