Learn about the latest Fill Limit Vent Valves (FLVV) and Grade Vent Valves (GVV) from Eaton and how they could help the automotive industry manage harmful vapors.

Vehicle fuel tanks are an engineering feat in themselves, with many design iterations to increase their safety and reduce their pollution.

Gasoline expands and contracts with temperature, and it evaporates into vapor very easily. The vapor is extremely flammable, a major pollutant, and a harmful substance to breathe. Temperature changes, bumps in the road, acceleration, braking, and cornering slosh gasoline around and cause it to evaporate. The vapor causes the pressure in the tank to rise, and it must be vented. Filling a fuel tank requires the air to vent to make room for the fuel. 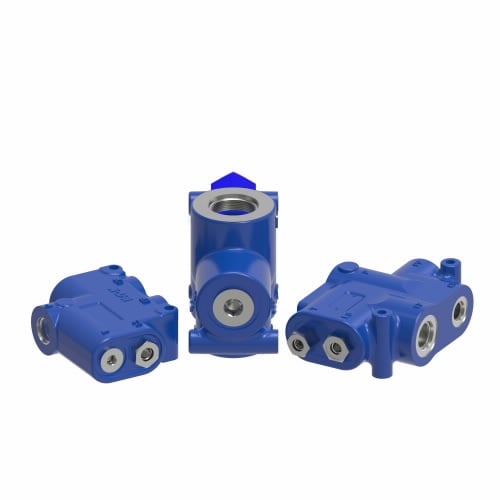 Early automobiles had a vented gasoline cap that allowed vapor to escape to the atmosphere, solving the problem of pressure build-up. At best, this contributed to smog, and at worst, the flammable vapor could ignite. To reduce smog, an evaporative canister and burner system was designed to capture the gasoline vapor. In this system, the vapor would rise into a hose, leading to an activated charcoal box to purify the vapor.

Then, when vapor had built up in this box, a pressure sensor would activate a purge valve, feeding the gasoline vapor into the fuel rail, burning it in the engine. The result was reduced smog and a slight improvement in fuel economy.

Eaton’s Compact Combo Valve is a replacement for the valves of this system. It is smaller, meaning less surface area for permeation of vapor around the valve. The stacked design means only one hole in the tank is required for this system. 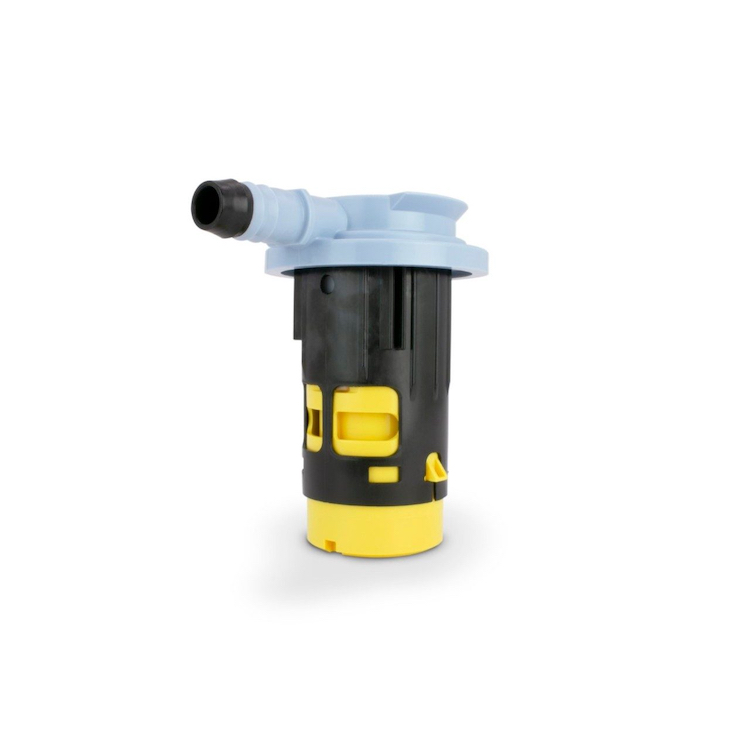 The Compact Combo Valve consists of two major components: the Fill Limit Vent Valve (FLVV) and the Grade Vent Valve (GVV). It also contains baffles to reduce the amount of gasoline sloshing in the valve body during “aggressive” driving, meaning liquid will not register in the evaporative system.

The FLVV valve is a mechanism that prevents a fuel tank from being overfilled or overflowing. The Compact Combo Valve has two options for FLVV (25.95 mm and 57.15 mm), meaning automobile manufacturers have more versatility in fuel tank design. 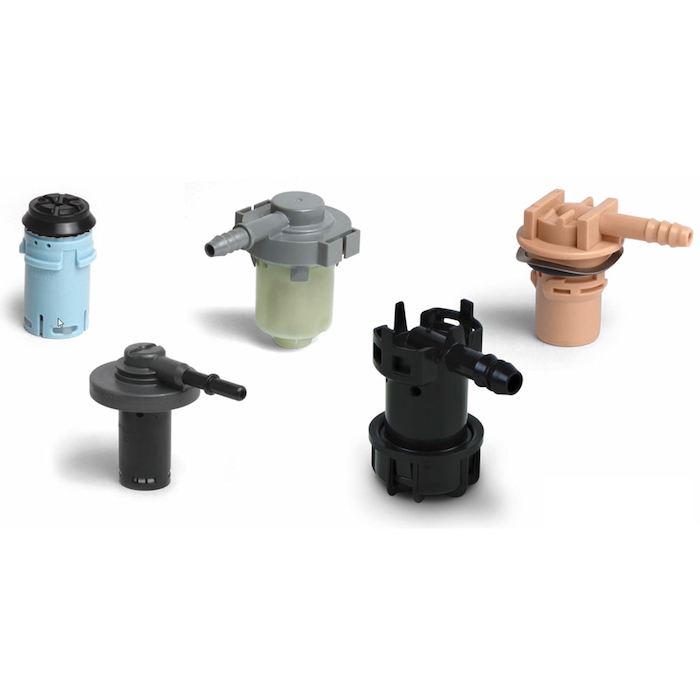 A vehicle that is parked on a slope will have fuel that sits on one side or another. This is a challenge to design around, as many systems use gravity to vent vapor into the activated carbon.

The GVV valve allows venting the built-up gasoline vapor, even when the vehicle is parked on a slope. The vapor is less dense and rises to the top of the tank. However, if the tank is on a slope, the GVV must be well-designed to prevent liquid from entering the evaporative canister system yet still vent the vapor.

This stacked valve configuration reduces emissions with a smaller footprint in the fuel tank and serves both as a FLVV and a GVV. The Compact Combo Valve is the latest example of how Eaton hopes to continue improving vehicular fuel delivery systems and the automotive manufacturing process.