A Chat with OnRobot and a Look at D:PLOY - The Next Step in Robotics?

A Chat with OnRobot and a Look at D:PLOY - The Next Step in Robotics?

Control.com had the opportunity to chat with Kristian Hulgard, OnRobot’s General Manager, to learn about D:Ploy, a robotic deployment solution that has been seven years in the making.

As companies seek to reshore their operations while dealing with an ongoing education and skills gap in automation and robotics, OnRobot has released what they consider to be a groundbreaking robotic solution.

Control.com had the opportunity to chat with Kristian Hulgard, General Manager of Americas at OnRobot to learn more about D:PLOY and the customer pain points that inspired its inception. Hulgard also gave us a look at D:PLOY in action. 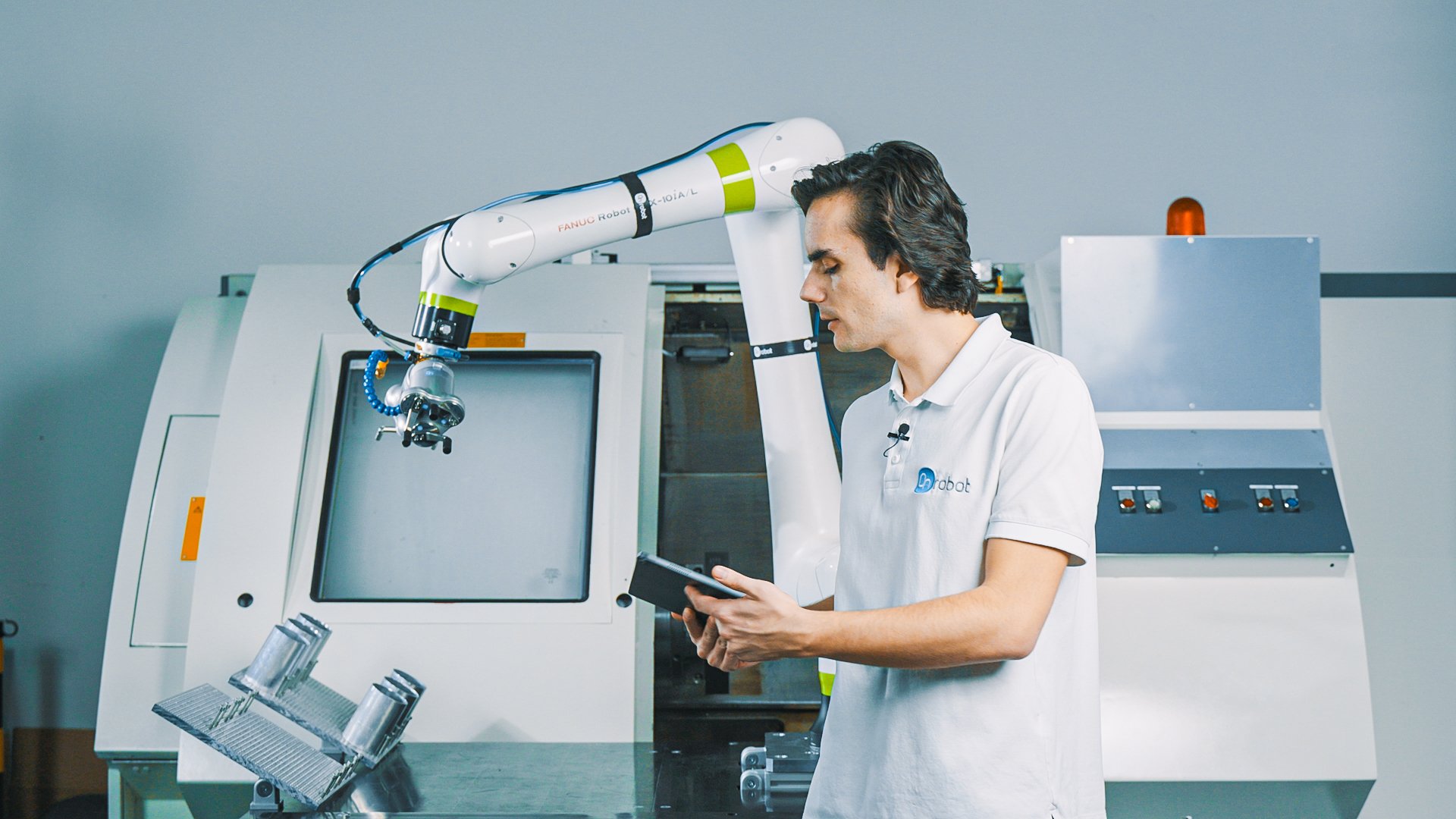 While larger companies are integrating automation and robotic technologies in their operations, many smaller and mid-size companies are a step behind. These companies are missing out on opportunities to increase production times and shift labor to more high-skill tasks, which are just a couple of the reported benefits from companies who have properly installed and deployed robotic cells.

Hulgard pointed out that when it comes to implementing robots, companies often ask themselves: “Do I have the skills to do it? Do I have the time to do it? Do I have the money to do it?”. In many cases, the answer is no. Hiring an engineer to program a robot is costly and finding integrators can be challenging. While robotics may be attractive in theory, deployment and operation keep many businesses from using them.

Deploying robots is a time consuming process that involves setting up, installing devices, programming, and optimizing. The same is true for changing the task and/or tools used in redeployment.

OnRobot claims that D:PLOY cuts back on 90% of integration time when it comes to the deployment and redeployment of cobots. They provided us information from a palletizing situation in which the user saw an impressive decrease from “40 hours to 4 hours” of deployment time.

D:PLOY reduces the manual tasks traditionally necessary for setting up a robot. This includes:

Automating these steps equates to less downtime and a quicker return on investment, benefiting end users. 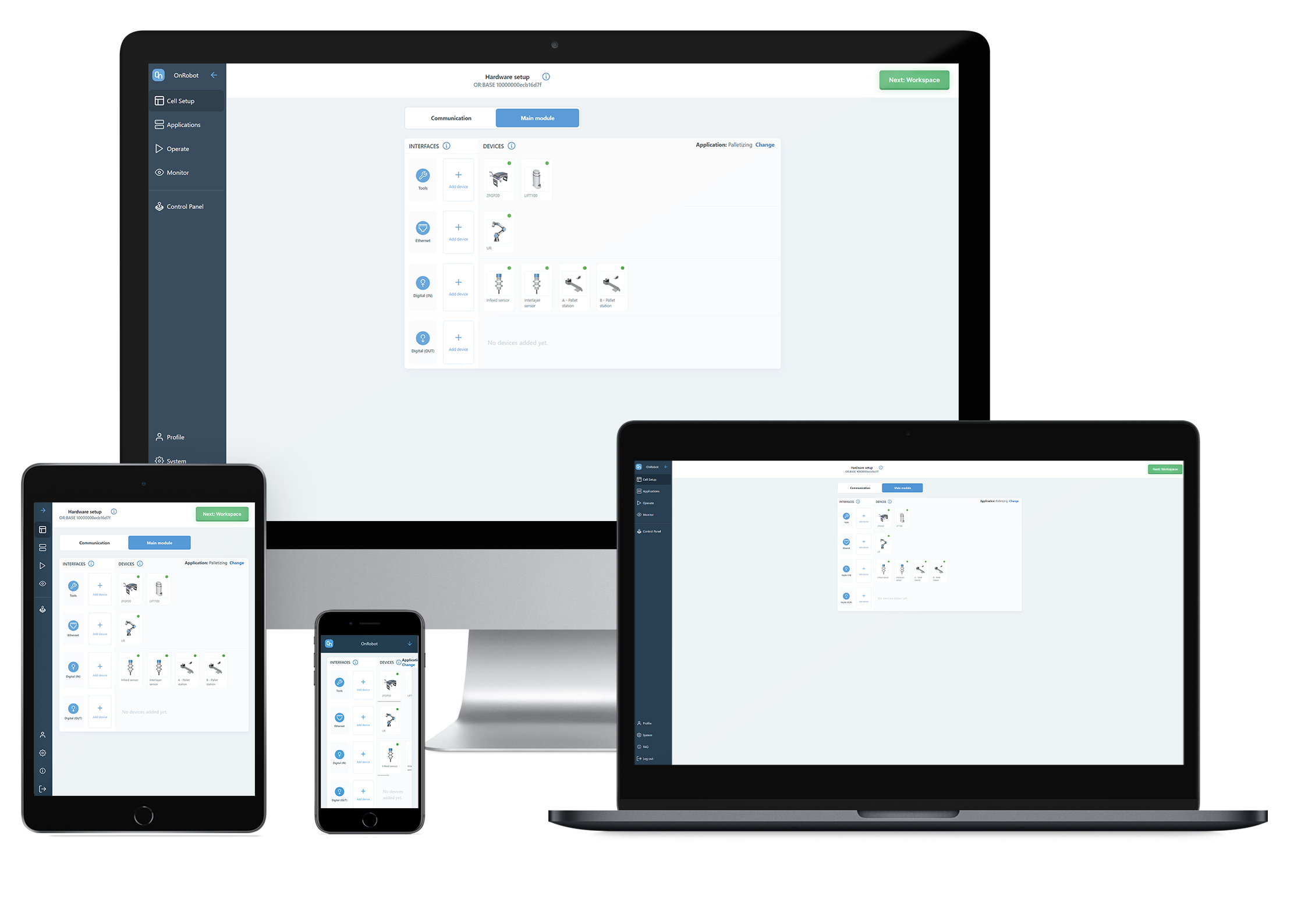 D:PLOY being used to set up a robot's cell for palletizing. Image use courtesy of OnRobot

Hulgard gave the Control team a chance to see D:PLOY in action. Connected to a Doosan M-series cobot, the M1013, Hulgard walked us through what the deployment and operation of D:PLOY looks like.

As someone whose experience with programming robots is limited, I was impressed by how simple D:PLOY looked to navigate—I had no trouble following along, and if given the opportunity, felt that even I could learn how to quickly deploy a cobot using D:PLOY.

From the perspective of our engineering team, the control device used to interface the robot, the I/O devices for the specific application, and the D:PLOY software all together was an efficiently-designed controller, with impressive local and remote connection capabilities. For those looking to learn more about D:PLOY, OnRobot provides instructional videos and content on their site.

For those that are skeptical about D:PLOY, Hulgard said that companies can reach out and send their parts to OnRobot in Dallas who will set up a company's parts with D:PLOY to demonstrate how it works.

D:PLOY is not without its limitations, as Hulgard points out. Currently, only four applications are covered: palletizing, pick-and-place, machine tending, and packaging. These may not cover the needs of all companies. While most of the big name cobot brands can be used with D:PLOY, not all robotic brands are covered. Additionally, D:PLOY can not yet be used to coordinate motion paths for more than one robot at a time.

Hulgard and OnRobot are hopeful, however, that these are just a few kinks to be worked on along the way of D:PLOY’s journey, as OnRobot looks to continue developing the software’s capabilities.

OnRobot seeks to simplify some of the toughest challenges small to mid-size companies face when implementing robots in their operations, making robotics a greater utilized tool in businesses globally. Case studies are currently in the works and OnRobot expects to see more companies using D:PLOY to get the benefit of robotics without the headache.