Banner Engineering recently announced two new products: the Banner T30R radar sensor for use in challenging sensor environments and lighted cordsets to accelerate troubleshooting and commissioning of equipment and sensors.

Banner Engineering, a company that specializes in industrial automation, provides a wide range of sensors, safety products, and LED lights and indicators for many different industries. Among their latest product releases are the Banner T30R radar sensor product series and their lighted cordsets.

The Banner T30R series is a new, “best-in-class” radar sensor combining a long sensing range and a short dead zone with excellent resolution. One of its features includes providing reliable performance in environments and extreme outdoor conditions where ultrasonic and laser sensors fail. 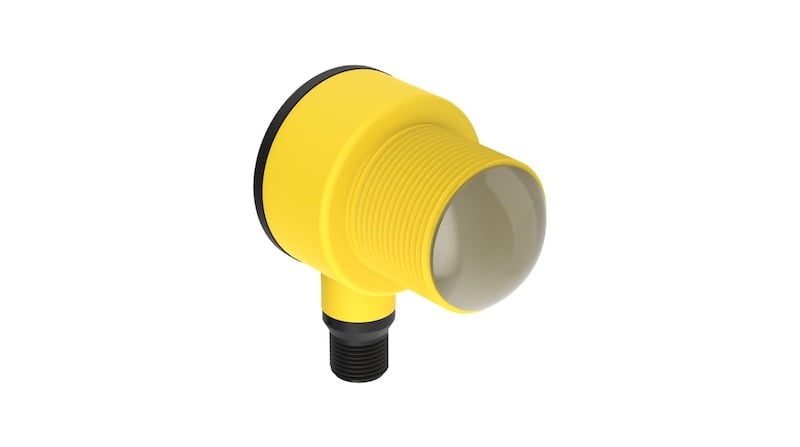 These sensors are also unaffected by fog, sunlight, steam, rain, snow, and wind. The radar sensors favor a wide operating temperature range of -40°C to 65°C. In addition, they have IP67-rated housings with no crosstalk risk when multiple sensors are mounted closely together.

When using the T30R, objects as close as 150 mm can be detected, as well as high-dielectric objects (e.g., metal or large bodies of water) and low-dielectric objects, including organic material and rock. These sensors also provide high repeatability and linearity of measurements to within ± 1 mm. In addition, the T30R is designed to be programmed using IO-Link, pushbuttons, remote teaching input, or Banner’s free configuration software.

One example of an application for the T30R series radar sensor would include blind-spot sensors to assist heavy machinery operators with collision avoidance even in the worst weather. They are also fit for material level sensors in environments that are too dusty for ultrasonic sensors to perform reliably.

T30R radar sensors can also be used for vehicle detection, positioning, and profiling, as well as car wash vehicle profiling, where steam can hamper the effectiveness of other sensors. Their accuracy and dependability mean they are well-adapted to aid in positioning passenger bridges and baggage handling trucks at airports.

Banner’s new Lighted Cordsets provide built-in light indicators for sensor and power output status, shining green in the presence of power and yellow when there is active output. These lighted cordsets are available in multiple lengths for the following configurations: M12, 4- and 5-pin straight, and right-angle cordsets for PNP devices. 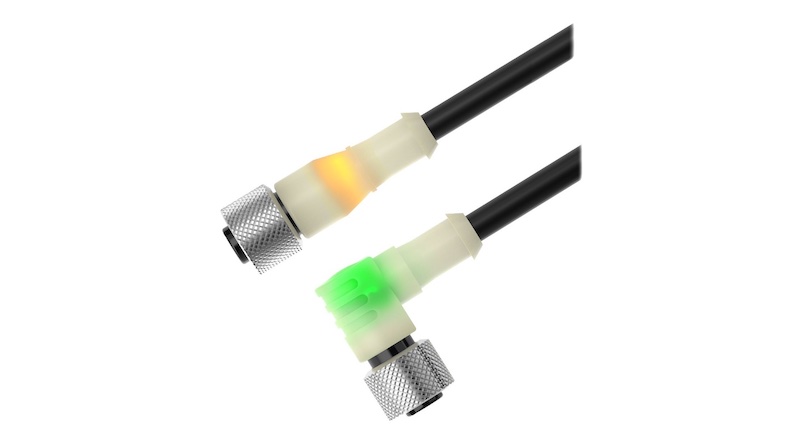 Lighted cordsets improve the efficiency of checking machine and sensor status by allowing them to be visually checked for a distance or at an angle. Such technology is vital to the fast, accurate troubleshooting of control systems and industrial automation, allowing basic equipment and sensor status to be confirmed without the need for special instrumentation.

In addition to reducing overall downtime when problems arise, lighted cordsets also can accelerate the commissioning of new equipment systems.

Banner Engineering’s powerful new T30R radar sensor line and lighted cordsets, along with their recently released long-range bar code reader, are beneficial to those working in areas such as automation, intelligent systems, autonomous vehicles, and Industry 4.0. Both products are available for purchase from Banner and their distributors.