Named the CL50 Pro Column Light series, the devices come with a series of features to convey status and critical conditions more intuitively. 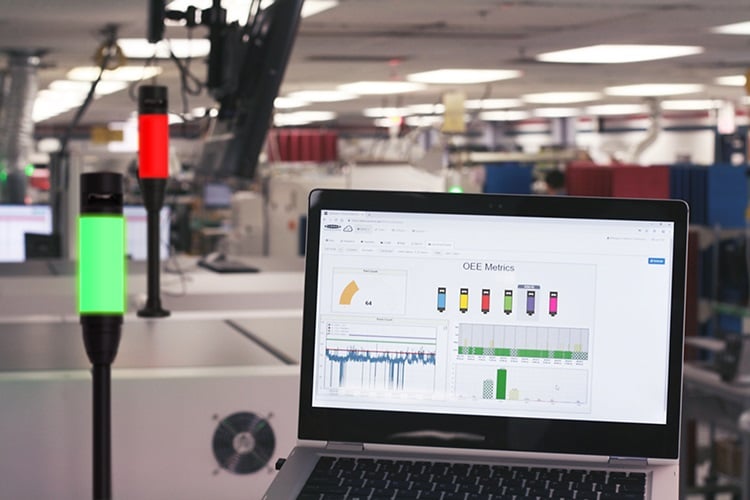 Before delving further into the CL50 Pro features, it is useful here to have a look at the role of light towers (stack lights) within industrial scenarios.

In terms of actual colors, green typically means the machine or process is under control and no action is needed, while yellow represents a warning signal. Red indicates that the machine or process has been halted and requires immediate attention, and blue often indicates a potential quality problem. Color and level hierarchy (tiers) can be adjusted according to company or machine SOP.

Stack lights are traditionally mounted on standoff pipes above the top of the machine to communicate equipment conditions at a distance, or mounted at the operator level to provide process guidance in real-time.

The majority of stack lights installed in proximity of industrial machinery use DC power because of its smooth flow and even voltage. However, many of those that need to be installed further away from the machinery still rely on AC power. A variety of control interfaces including relays, PLCs, and auxiliary contacts from motor starters are some of the typical ways these devices can be energized. 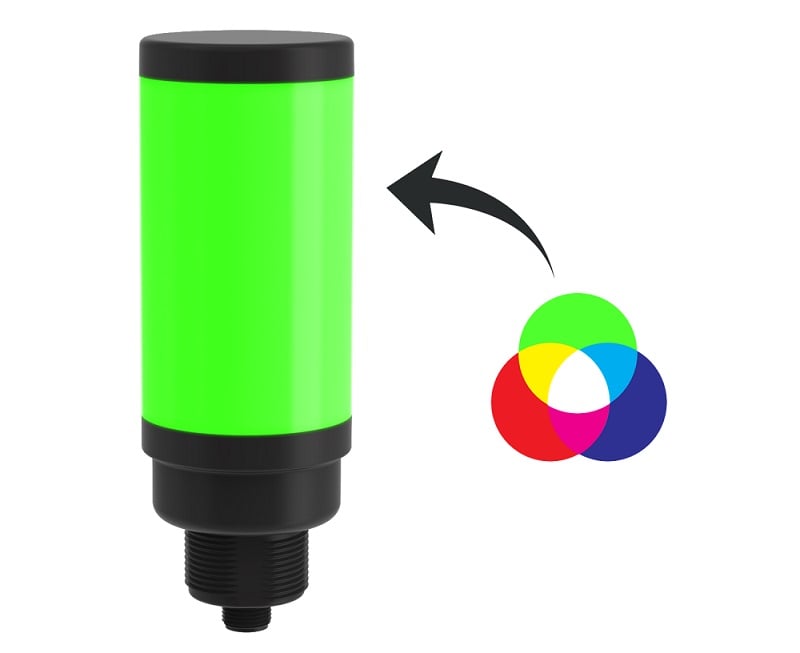 The CL50 Series’ LED lights can be programmed either using Pro Editor software or with IO-Link enabled models.

The first option relies on a dedicated software interface that provides control via discrete inputs. Through Pro Editor, users can program colors, animations, intensities, and even wiring inputs to customize devices to a machine or process.

The second option relies on IO-Link models, which give users full access to a library of animations that provide a dynamic response to changing machine conditions, including wiring, data availability, remote configuration and monitoring, device replacement, and advanced diagnostics.

This may prove to be a very useful feature in coordination with predictive maintenance, as the machine operating conditions indicate wear, a color may slowly transition over a period of time, giving ample warning time before failures.

While Banner offers individual, programmable CL50 lights, the company also has a line of products called TL50, which includes both compact and beacon models (shorter and with a more intense display than standard models.) 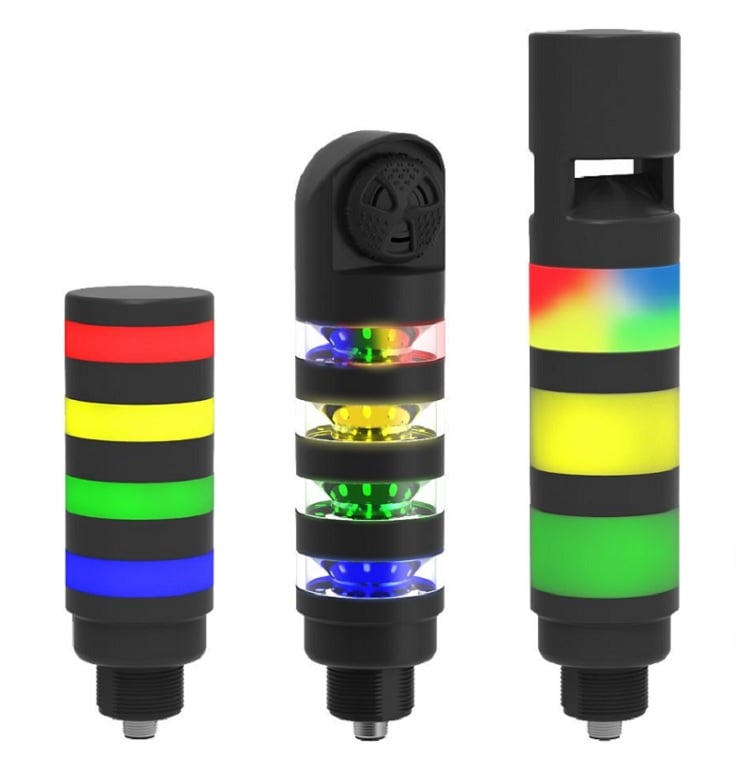 Some benefits of the CL50 column lights are obvious: you only need to buy one model - not several individual colors and arrangements. Replacement or additional tiers can be added without requiring a stock of many colors. In addition, the devices’ programmable capabilities mean that they can be repurposed based on changing business needs.

Additionally, LEDs last longer than incandescent bulbs, which were typically used in light towers in the past. As a clarifying note, Banner’s new devices are certainly not the first LED stack lights in the industry, but the technology behind the programmable RGB options allows far more flexibility in integration and dynamic machine status indication. RGB LEDs have long been a favorite of lighting enthusiasts owing to the millions of possible color options provided by one small, inexpensive emitting element.

Finally, Banner’s column lights come with an IP65 environmental rating, making them suitable for a variety of rugged, industrial environments.