What are these new CAD features for Baumer's O200 optical sensors?

The O200 series optical sensors are supplied with 3D CAD data to decrease the time required to install and calibrate them.

Marcus Imbach, Senior Project Manager for Sensor Solutions at Baumer, said, "With the O200 sensors, we offer our customers noticeable added value from the design state through commissioning to ongoing operations."

Because the O200 series sensor beams can be modeled in 3D CAD software to find the optimal sensor placement, new product designs can go from an idea to a manufactured reality more quickly. 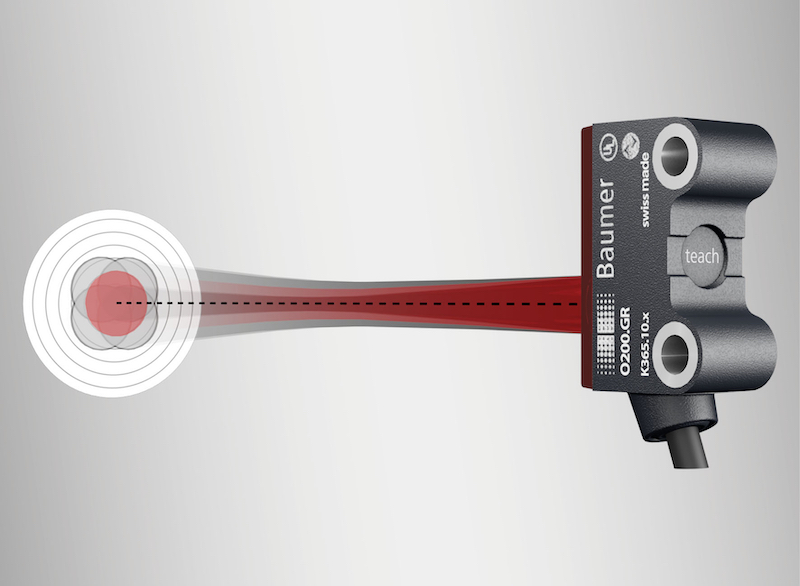 In the past, optical sensors require careful placement to ensure they measure distance accurately. They must be precisely aligned, as any skew in angle can affect the measurement. The path must be free of reflections and collisions as well.

The designer could either sift through spreadsheets of beam data, either collected in-house or occasionally supplied by a manufacturer, or guesstimate the sensor placement through a trial and error process.

The O200 sensor's beam can be viewed and placed in 3D CAD software for optimal sensor placement. Designers can use Baumer's 3D CAD data to integrate the O200 sensors in their manufacturing process.

This feature is added to the O200 series sensor, which can detect objects as small as 0.05 mm. The sensors can also perform using a variety of light sources, such as red LEDs, lasers, and Baumer's PinPoint LED.

The O200 series sensors have a trademarked SmartReflect technology to minimize false signals from reflection and perform well in bright, ambient light. They can detect dark black objects, shiny objects, transparent objects, and even gaps where users should place pieces, all of which are challenges for optical sensors.

One of the real possibilities for these sensors is their ability to detect objects in places they should not be, such as a carelessly placed arm or finger, that could be dangerous. They can be used as a mini light curtain for small applications, and the fault data fed to the control system to stop the machine. 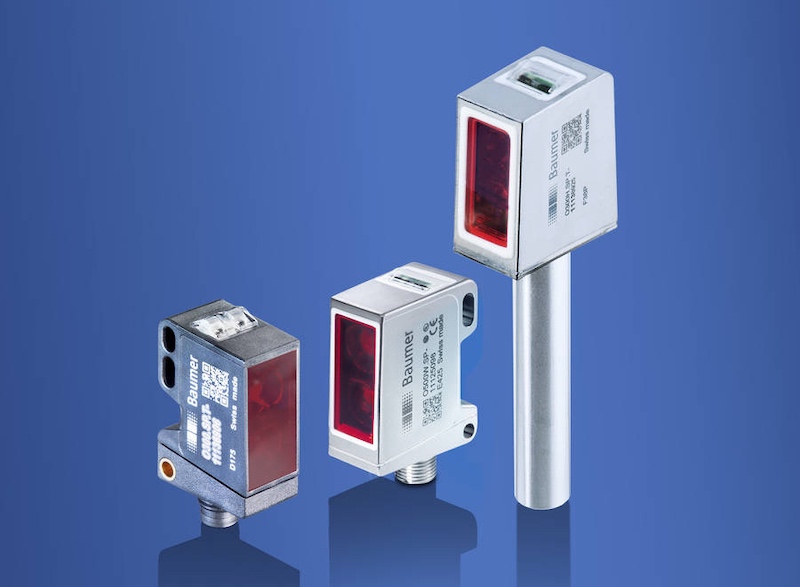 They can also check the spacing of nearby robots or people to ensure that they will not collide.

By detecting such small deviations (0.05 mm), process irregularities can be detected early and adjustments made before injuring employees, damaging equipment, or allowing potentially defective products to hit the market.

For example, the O200 sensor could detect that a screw has not been tightened properly, and the screw head is sticking up, or that cracks are developing in a protective coating.

The Baumer O200 series optical sensors could be used in many manufacturing plants as a quality control measure. These sensors were perfectly capable and flexible for a variety of applications back in October. Now, with the added 3D CAD data, they can be implemented even more quickly today.