DENSO and Honeywell are partnering to develop electric propulsion systems that may bring new advancements in Unmanned Aerial Vehicles (UAVs) over the next few years.

The vision of this partnership is to make air travel cleaner, quieter, more efficient, and easier to maintain, especially in industrial sectors. The companies hope to accomplish this by combining DENSO’s experience in automotive and Honeywell’s expertise in flight control systems.

Instead of boarding high-maintenance, noisy, fuel-inefficient aircraft, DENSO and Honeywell hope to develop UAVs that will perform the same tasks. The UAVs would capture the urban air mobility (UAM) market and serve as a taxi or delivery service. 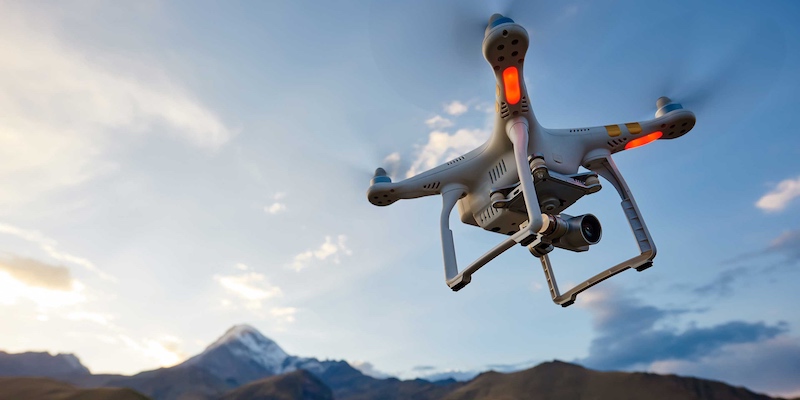 DENSO is combining its knowledge in UAVs and automotive with Honeywell’s expertise in in-flight control systems to develop these UAVs. Image used courtesy of Honeywell

A high power-density energy source is required to function in urban air mobility. Due to this, Honeywell has continued to develop their hydrogen fuel cells after it acquired Ballard Power Systems back in October of 2020. These hydrogen fuel cells can create a lot of power without adding the weight of batteries or large, liquid fuel tanks. The added benefit is that, unlike a jet engine, the hydrogen fuel cells are quiet and clean.

Hydrogen fuel cells do not need to be recharged like batteries and are more reliable than small engines. As long as hydrogen is supplied, they will generate electricity, with heat and water as the only byproducts.

The cell has two electrodes (a positive cathode and a negative anode), separated by an electrolyte. Hydrogen is fed in the anode side, where a catalyst (typically platinum) causes the electrons and the protons of the hydrogen to separate. The electrons flow to the cathode, generating an electrical current. The protons take a different path and recombine with oxygen on the cathode side, producing water.

Merely generating electrical power is not enough to make UAMs a reality. High-efficiency motors to run the aircraft are needed, so that little of the generated power is wasted. This is where DENSO can help. 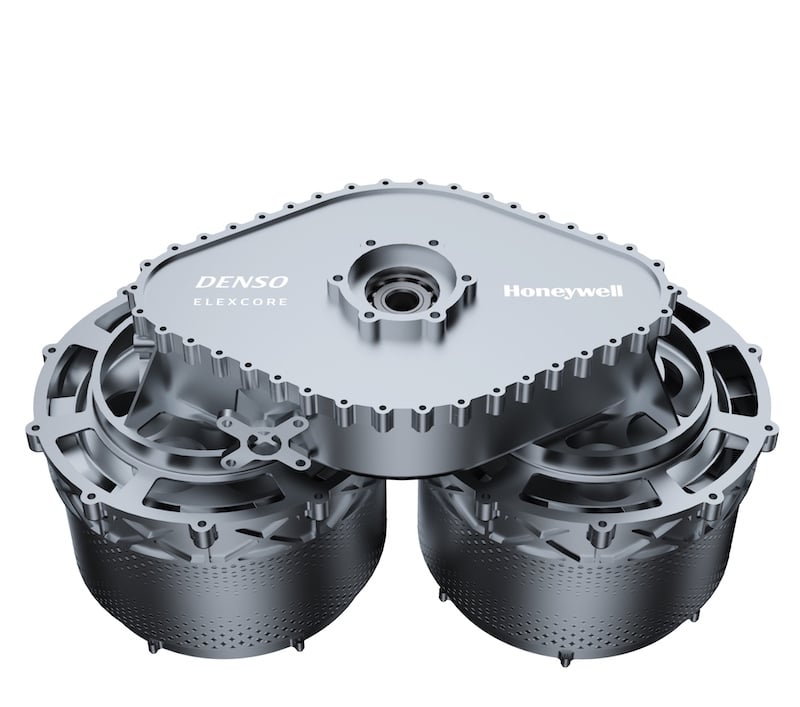 Motors power the propellers in each wing of the UAV. Image courtesy of DENSO

Many automotive manufacturers are serviced by DENSO in some capacity, as they manufacture inverters, traction motors, and other such parts to convert and transform electrical power into motive force.

The Future of UAVs in the Industrial Sector

Even though the world is three-dimensional, most transportation solutions only use two dimensions.

UAVs can also fly around other UAVs, using all three dimensions of free space. As computing technology improves and routing algorithms become established, the UAV may quickly surpass “land” vehicles as the way to transport goods around industrial and residential areas.

What about existing air travel? It is a full production to fly, and very few people use air transportation to fly from one end of the town to another.

By combining Honeywell’s hydrogen fuel cells and flight control expertise with the automotive and electrical components from DENSO, UAV taxis and goods delivery may no longer be science-fiction.