The IRB 1100 is an expansion of ABB’s small robot arsenal. It is ABB’s most compact and lightweight 6 axis robot.

The robot saves 10% more space over similar robotic platforms and a 20% weight reduction. With such a small footprint, the IRB 1100 can be used to collaborate with other robots in a tighter space increasing the versatility of the entire system. 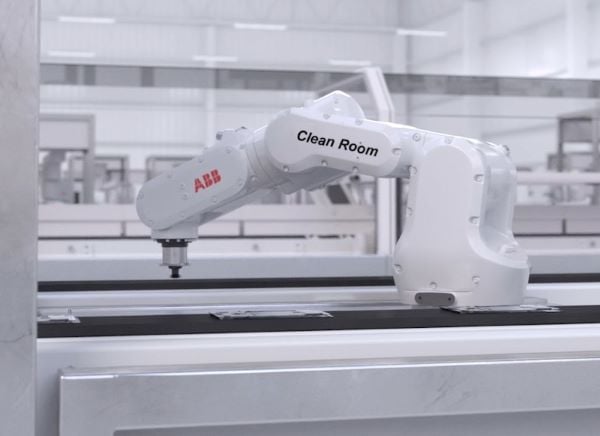 ABB managed to increase performance and speed by 30% when compared to other similar robotic systems. The system is versatile enough to be added to existing product lines easily, without costly upgrades.

With its speed, accuracy, and reduced footprint the IRB 1100 makes a perfect fit for high-speed, high-accuracy industries such as electronics.

The latest release in the IRB 1100 family is an IRB 1100, capable of working in a cleanroom environment. All joints, connections, and electrical components are completely isolated, making the robotic system waterproof and dustproof. The complete seal technology makes the system capable for various industries including the electronics industry.

ABB aims to break barriers with the way that clean robotics will function in industrial applications. 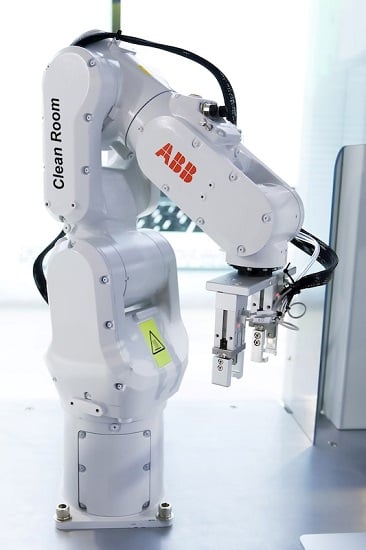 With the addition of cleanroom technology, the IRB 1100 is designed to perform tasks in sensitive industries. Dust and grease from traditional robotic arms working can cause damage to the parts being manufactured in environments that require an absolutely clean environment.

Industries like healthcare, electronics, pharmaceuticals, semiconductors, and solar panel manufacturing all need cleanroom manufacturing because of their sensitivity to contamination.

Having two different sizes gives manufacturers more options when dealing with confined spaces. Both options aim to provide accurate movements to help to boost productivity in the manufacturing process.

With sealed joints, the IRB 1100 can work with specialized equipment. ABB has even added hygienic paint to reduce the chances of contamination when operating in sensitive environments. The possibility of cleanroom robotics is a much simpler task now that all of the joints are sealed on this compact robotic system.

The IRB 1100 has an IP40 standard with IP67 as an option. IP67 gives the robot a protection rating that includes protection from dust ingress, and water protection including total immersion. 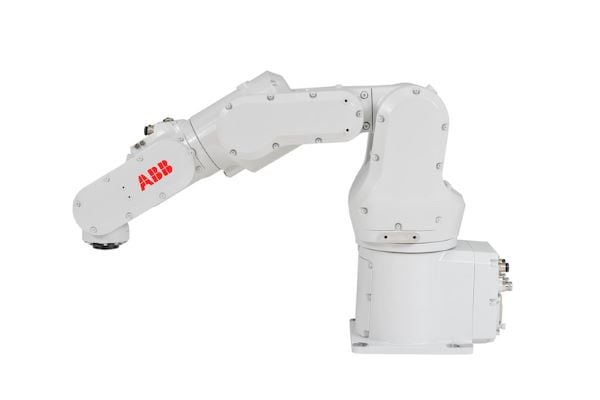 A robot designed with this certification in mind aims to make implementation into cleanroom environments simpler for integrators and the manufacturers.