Learn about FANUC’s latest LR-10iA/10 robot and how it could help engineers with machine tending applications.

FANUC America Corporation is part of of FANUC Corporation in Japan. The company manufactures robots, CNC components, and ROBOMACHINE solutions for various companies in many industries, including the industrial sector. FANUC’s most recent addition is their new compact LR-10iA/10 robot.

The robot is designed for machine tending and warehousing/logistics applications. The need for a robot capable of efficient machine tending has risen in warehouse and logistics markets. FANUC plans to sell most of its new robotic line in this specific market.

The robot offers flexibility with its new mounting options. The compact LR-10iA/10 can be mounted horizontally, on the floor, vertically, or upside down. The robot can work within a broader range of applications with flexible mounting options, helping manufacturers fit the robot into workplace applications more efficiently.

Engineers and users can also mount the robot to an automated guided vehicle (AGV) to add flexibility in different areas of the plant, based on need or throughput.

The LR-10iA/10 is a compact six-axis robot designed for small machine tending applications and warehouse pick-and-place automation. It is suited for production lines and warehouses with limited space because of the arms size and ability to fit into tight spaces. It weighs only 42 kgs, making it a lightweight solution, depending on the application. 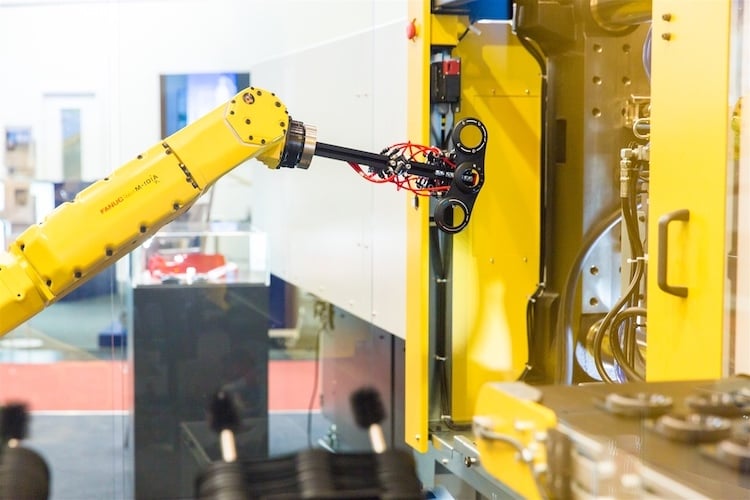 The LR-10iA/10 can also work in an enclosed structure with built-in air lines and valves, making it a quick integration into most machine tending applications. It comes with an IP67 rating making it possible to work in dusty, dirty environments that include oil misting.

FANUC is hopeful that the new LR-10iA/10 will help manufacturers and engineers with their warehouse and building automation needs. Do yu use robots like this in your facility?