FANUC released a new post-processor that has been optimized for 5-axis robotic motion.

The new Mastercam post-processor has been developed with the Computer Numeric Control CNC machining industry in mind.

FANUC also mentioned it works well with the FANUC 30i-B and 30i-B plus series control systems.

A machine with 5-axis capability can move along the x, y, and z linear directions, as well as the x and y rotational directions. This means workpieces do not have to be removed from the jig and realigned to machine the reverse side. 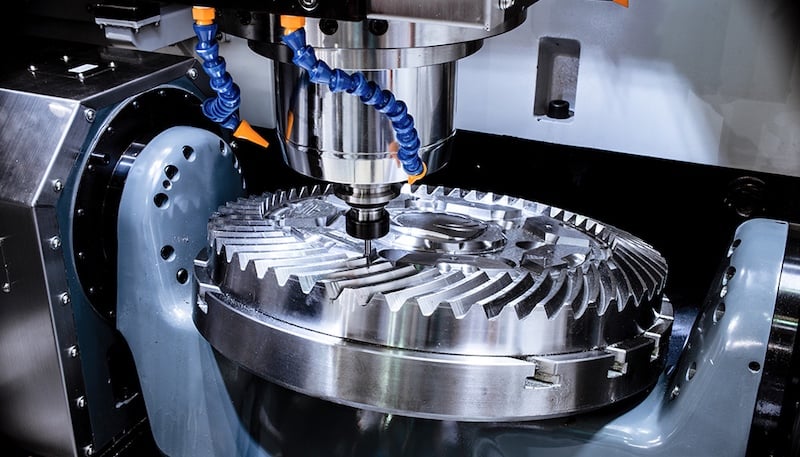 Suppose a rectangular workpiece needs to be machined on four sides. With a 3-axis machine, the workpiece will have to be removed from the jig several times and realigned to complete the machining operation.

With a 5-axis robot, the piece can be rotated and machine multiple sides without removal and realigning.

The turbo rotor shown below can be produced much more quickly and accurately in a 5-axis robot than in a 3-axis robot, without realigning and introducing alignment errors.

With all of the complex motion, computer processing speed and operation is extremely important.

With increased computing speed, more operations are possible, such as machining complex curves and contours. This is a major benefit to the automotive and the aerospace industries, developing complex contours for reducing drag.

The Mastercam has included the Artificial Intelligence Contour Control II (AICC II) that uses a look-ahead capability to determine the speed and acceleration of the control motors. 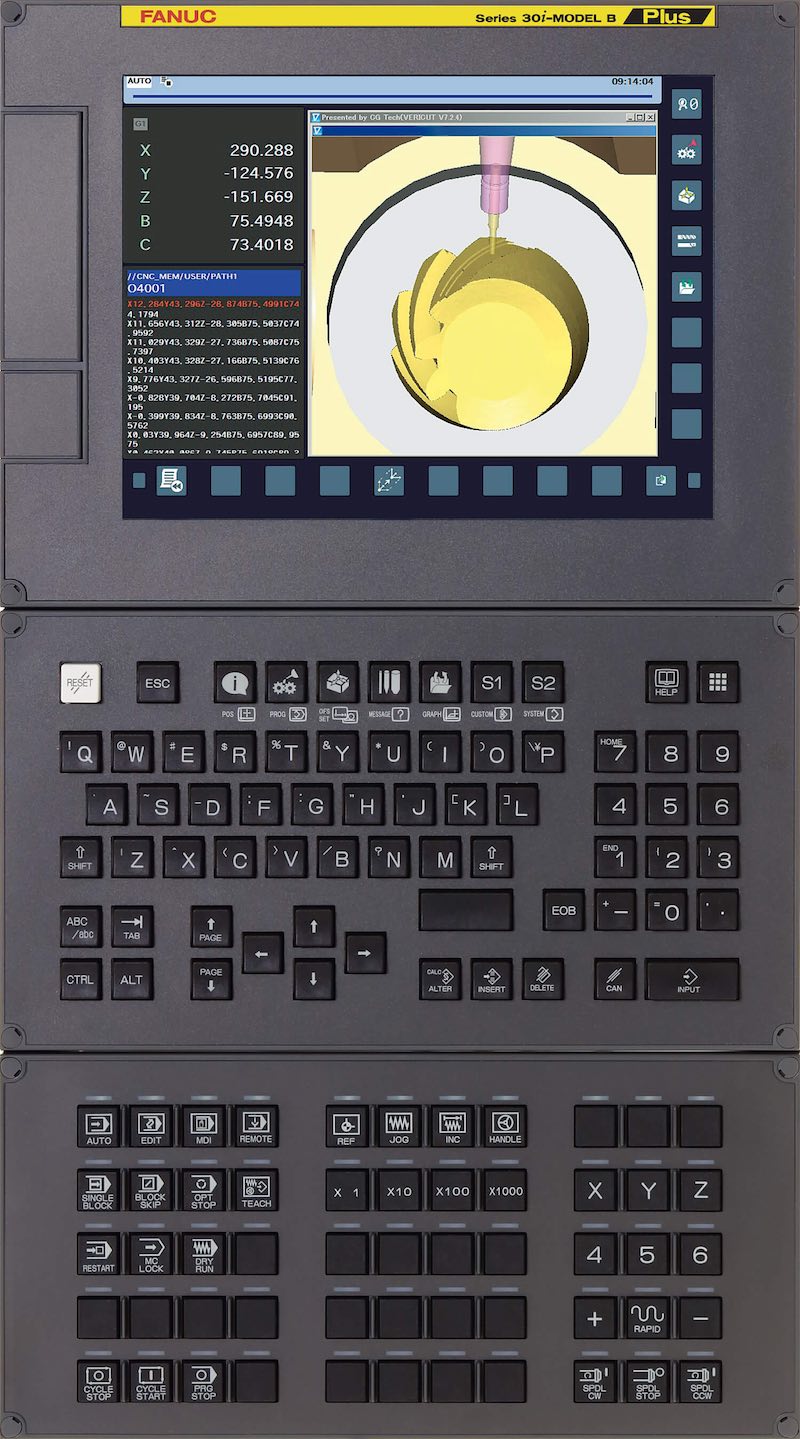 By doing so, workpieces can be produced at an optimal rate, instead of setting a speed manually and potentially wasting time or moving too fast and creating chatter.

Mastercam is also capable of optimizing Tool Center Point (TCP) using AICC II, plotting intelligent routes that will not gouge a workpiece. This improves the surface finish, reduces drag (for aerospace parts), and extends the life of machine tools.

The TCP algorithm prevents the problem shown in the figure below. Using traditional machining (no TCP), the tool may drag when traveling between points A and B, which leads to the red gouge in the workpiece. With TCP, the tool is controlled so that it does not gouge the workpiece.

Machining a surface without TCP (left) and with TCP (right).

In addition to these features, the Mastercam also includes advanced error correction with the Workpiece Setting Error Compensation (WSEC), Easy Setting Function for programming multiple accelerations and velocity profiles, and others. It lets machinists unleash the full power of the Milling Standard Package, also offered by FANUC.

FANUC’s Mastercam will benefit the aerospace industry, which often relies on machined parts with complex contours and curves.

As the commercial space race ramps up and airlines look for ways to reduce costs, reducing drag and saving fuel has become a priority.