FLIR is a leader in thermal imaging and visible-light imaging, measurement, and diagnostics. They are perhaps best known for cutting-edge thermal imaging technology, such as their Exx-series of hand-held cameras for troubleshooting both electrical and mechanical systems or their long-range IR cameras for remote facilities and infrastructure. 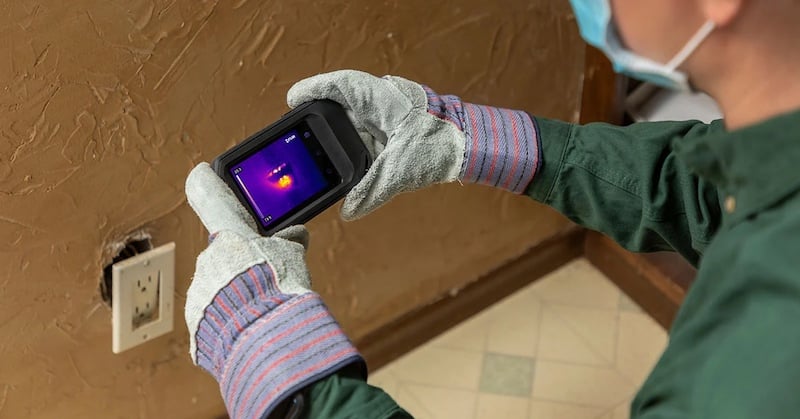 FLIR’s latest contribution to thermal imaging technology is the C3-X. This camera combines a thermal camera, a visual camera, MSX image enhancement, and cloud-based storage so that even inexperienced users can gain useful information for tasks such as troubleshooting, inspection, and documenting repairs.

The FLIR C3-X has a 128x96 pixel thermal camera that registers up to 300°C and operates at a temperature range of -10°C to 50°C. It also includes a 5MP visual camera and LED flashlight. This thermal imaging camera consists of a 3.5-inch touchscreen that is responsive and easy-to-read.

This hand-held thermal camera was engineered to be used in less than optimal conditions: it has an IP54 rated (IEC 60529) enclosure to provide protection against water and dust and withstand a drop of up to 2 m and a shock of up to 25g. It’s small size also means that it can easily fit into a pocket and does not hinder accessibility to the sometimes space-constrained areas that require thermal inspection, such as cramped crawl spaces.

The FLIR C3-X includes FLIR Ignite cloud-connectivity for simple, accessible storage and organization of images. This allows captured images to be used later in reports and other documents and shared on web-connected devices. In addition, the C3-X thermal camera includes the FLIR MSX Mode.

The FLIR Multi-Spectral Dynamic Imaging (MSX) mode adds visible light details to the thermal images. This is performed in real-time to enhance image clarity, edges, and outlines so that users can more easily recognize issues that lie within the area under observation. 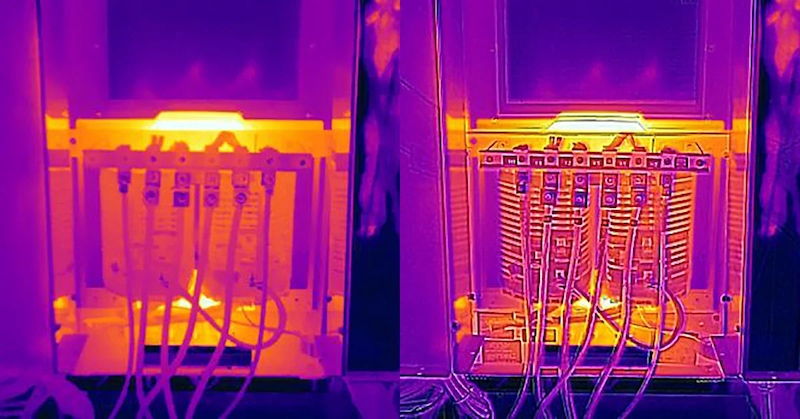 On the right, you can see the results of using the FLIR MSX mode to make outlines and edges easier to see on a thermal image. Image courtesy of FLIR.

The FLIR C3-X is a compact, entry-level thermal imaging camera used in a range of applications.

It is ideal for any industry that involves IR inspections and diagnostics that involve temperature readings. According to the manufacturer, it is available for purchase and expected to ship after December 15, 2020.