Can Alphabet compete in the industrial robotics market with their latest company?

In particular, the spin-off was established by X, Alphabet's 'moonshots' division. The new company, Intrinsic, will focus on developing software tools to make industrial robots cheaper and easier to use.

Robotics has been part of Alphabet's portfolio since its early days, with the company acquiring a total of six robotics startups (some of them before the restructuring) in the last decade.

The trend culminated when Alphabet sold robotic giant Boston Dynamics to SoftBank (who sold it to Hyundai). In early 2019, Alphabet tried to get back into the robotics game, this time to focus more on simple machines that can perform and learn tasks through machine learning. 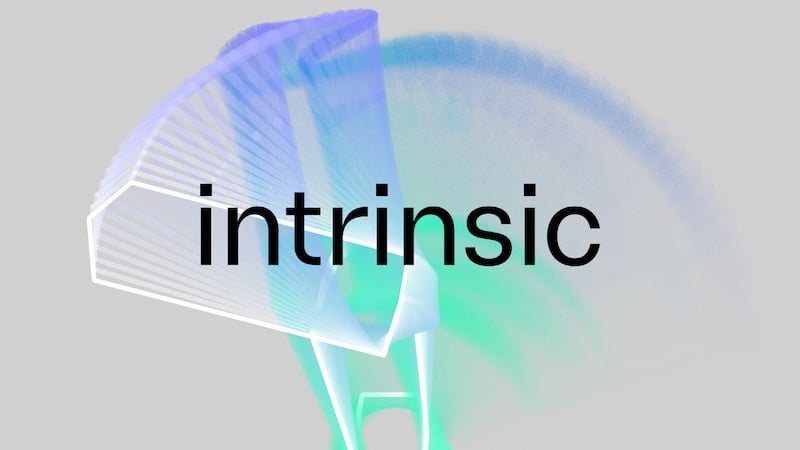 The purchase of DeepMind, in particular, seemed to show Alphabet was planning to create artificial intelligence (AI)-based robotics. Google has reportedly been in communication with Foxconn (Hon Hai Precision Industries), further fueling speculations regarding the company's efforts in building industrial robots.

According to the company's website, X is a "diverse group of inventors and entrepreneurs who build and launch technologies that aim to improve the lives of millions, even billions, of people." X is run by Astro Teller and utilizes robotics elements in numerous projects. While many of these projects are in different stages of completion, X has recently been releasing some of them as stand-alone companies.

For instance, the life sciences group is now called Verily and has released a robotic medical device company called Verb Surgical. X also reportedly hired an auto industry expert of late to lead its self-driving car effort, with internal plans hinting at a potential spin-off company being released in the future. 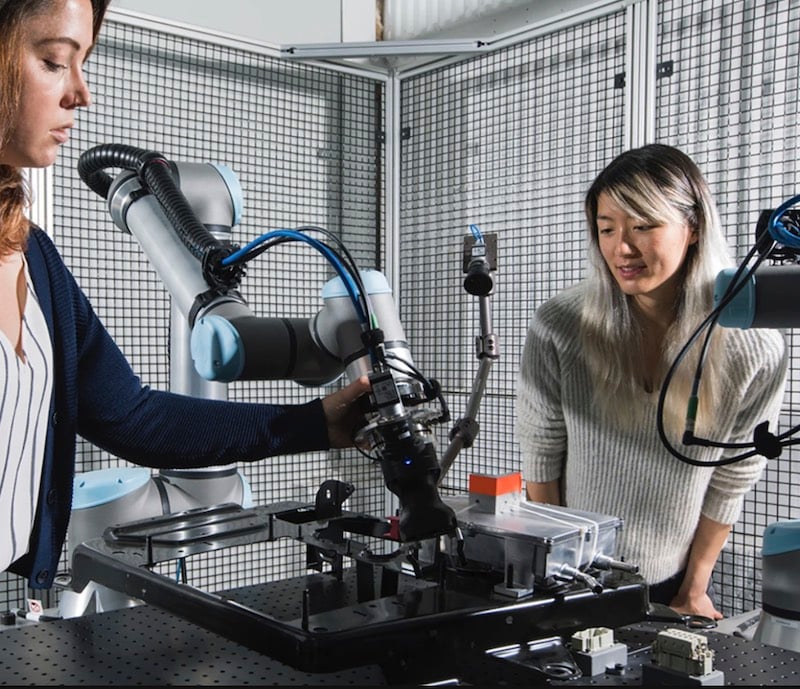 Engineers and researchers at Intrinsic have been working on new innovations in industrial robotics. Image used courtesy of Intrinsic

The company's venture most directly related to robotics is the Everyday Robot Project.

Its purpose is to develop a general-purpose learning robot capable of operating autonomously in unstructured environments. Machines built and trained as part of the project will allegedly learn from human demonstration, the experiences of other robots, and even from simulation in the Cloud. The Everyday Robot project is currently collaborating with Google AI to reach these goals.

Building on X's previous efforts, Intrinsic is now working to tap the creative and economic potential of industrial robotics for companies, entrepreneurs, and developers.

"We're developing software tools designed to make industrial robots [...] easier to use, less costly and more flexible so that more people can use them to make new products, businesses, and services," explained Intrinsic Chief Wendy Tan-White in a blog post.

According to the technology expert, specialist programmers often spend a substantial amount of time hard coding robots to perform specific jobs. Many dexterous and delicate tasks remain unfeasible for many robots because they lack the software or sensors needed to understand their physical surroundings.

"Over the last few years, our team has been exploring how to give industrial robots the ability to sense, learn, and automatically make adjustments as they're completing tasks, so they work in a wider range of settings and applications."

Intrinsic is currently collaborating with various teams across Alphabet and with several partners in actual manufacturing environments.

Before becoming an independent company, Intrinsic's technology was developed for more than five years at X. Commenting on the company's future, Tan-White mentioned that Intrinsic is now ready to leave the moonshot factory's prototyping process to focus on developing its product and validating the technology.

"We are currently looking for partners in the automotive, electronics, and health care industries who are already using industrial robotics and want to learn together," the CEO said. In addition, the company is currently hiring to expand its team.