HAI Robotics demos its autonomous case-handling robotic systems at two trade fairs, continuing to strengthen its presence in the U.S. and Europe.

HAI Robotics (HAI) has established a global presence as a leading developer of advanced robotics solutions and AI algorithms for warehousing operations. The company focuses its attention on research and development in autonomous case-handling robotic (ACR) systems. In 2015, HAI released the world’s first ACR system, HAIPICK, making this a relatively new addition to the selection of WMS robotics available today.

Since this achievement, the HAIPICK system has evolved and been modified to accommodate a range of customers across multiple industries including electronics, automotive, pharmaceutical, manufacturing, retail, 3PL, eCommerce, apparel, and energy. Recently, HAI has announced its plans to showcase its totes-to-person warehouse automation solution at this year’s MODEX 2022 show in Georgia and the upcoming Transport and Logistics Innovation Week (SITL) 2022 in Paris. 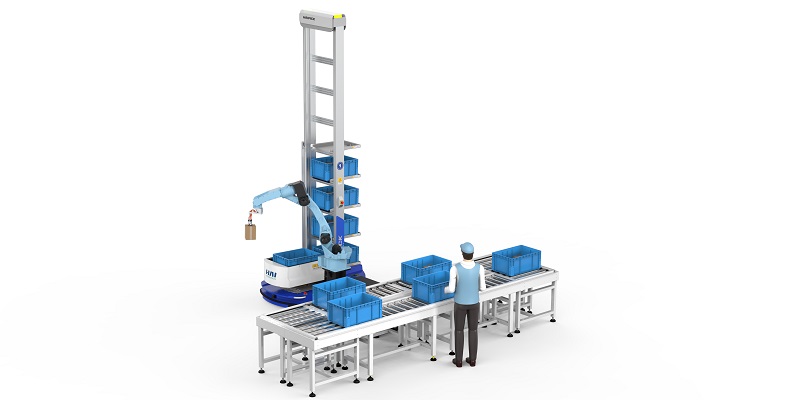 Concept drawing of a workstation with HAIPICK, robot, and material handling. Image used courtesy of HAIRobotics

What is an ACR System and How can it Benefit Warehouse Operations?

ACR (again, this acronym means autonomous case-handling robot) systems are a new technology that is being developed to help warehouse operations become more efficient. These systems will help warehouses by moving goods and carrying out tasks such as sorting, stacking, and packing. ACRs can safely transport goods around the warehouse, both picking and placing. They can also be used to sort and stack items on shelves or pack boxes for shipping with minimal human intervention.

Network Expansion in the U.S.

From March 28 to 31, HAI showcased its carton-picking ACR, HAIPICK A42N, and its Telescopic Lift ACR, HAIPICK A42T at the Georgia World Congress Center in Atlanta for MODEX. The A42T adopts a telescopic lift function and can move intelligently within a warehouse with no need for a dedicated track. Its capabilities include obstacle detection, customizable avoidance, customizable speed, automatic charging, and more. The A42T can be used for warehouse automation solutions with substantial storage density reaching up to 10m high.

The A42N carton picking model uses 3D visual recognition technology and can tackle intelligent mix-picking of carton boxes and totes of different sizes. The carton-picking ACR can also store and handle multiple cases (at up to 300kg on a single trip) simultaneously. The company will also be featuring its automatic loading and unloading machine, the HAIPORT-Powered Workstation.

At Modex, five of HAI’s strategic partners (SVT Robotics, MHS, Tompkins Robotics, GreyOrange, and SSI) will be exhibiting the company’s technology. Before the event, HAI announced the formation of new relationships with Tompkins Robotics and Storage Solutions. The establishment of new industry connections means that HAI can push forward the adoption of its technology in North America.

HAI will also be showcasing its ACR systems in Europe at the upcoming SITL 2022 show in Paris from April 5 to 8. This exhibition is set to be one of many that HAI plans to conduct in Europe. For HAI, growth in Europe depends on providing quality service and support to customers through regional teams, as well as an expanding network of installation and service providers. 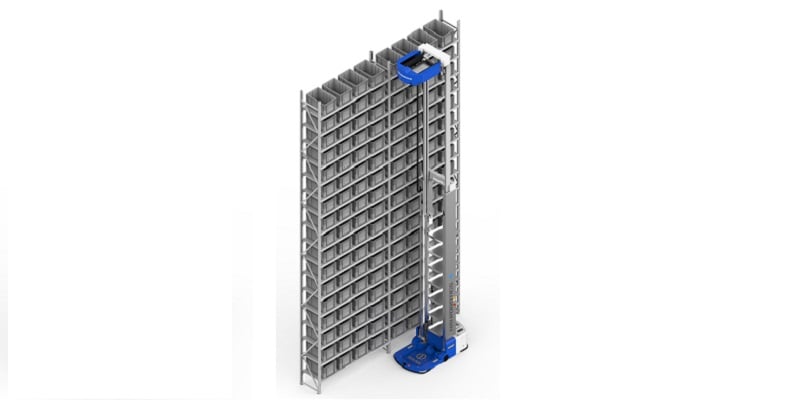 In a recent news release, the European General Manager at HAI, Peter Guan, commented, "The company has already employed the services of several native country managers with proven track records in the logistics automation industry. We keep searching for more local talent that can increase the level of our service and support.”

To helm HAI’s expansion into the European market for warehouse logistics automation, industry Veterans Kai Ramadhin, and Thierry Hennebiq have joined the team. Ramadhin has taken up the position as Vice President (VP) of Sales & Marketing Europe and Hennebiq is the current Country Manager for France.