FANUC, a world leader in robotics and CNCs, demoed its robotic models at this year's Automate show in Detroit, including its lineup of cobots, welding robots, heavy payload robots, and vision systems.

FANUC, a chief supplier in robots, CNCs, and automation, displayed several different cobot applications at Automate 2022 that encompassed a wide range of tasks, including vision and palletizing. Among its lineup was a new delta robot raising the bar on food handling, a cobot with a 35 kg payload, and a heavy lifting robot capable of moving an entire Chevy Corvette frame. 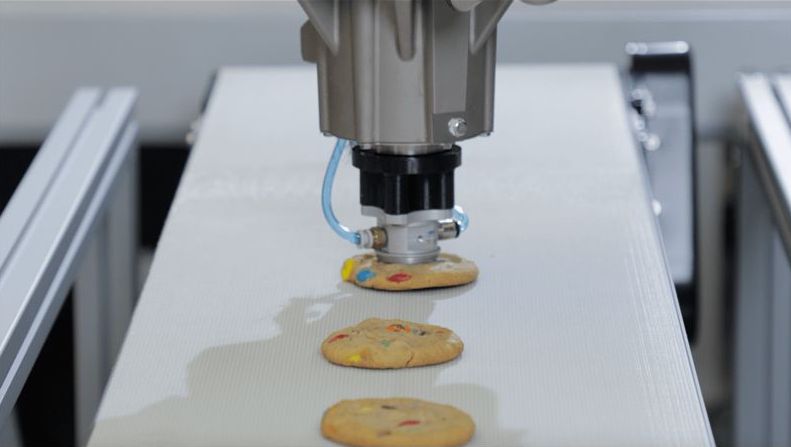 FANUC’s newest delta robot on display at Automate 2022 was the DR-3iB/6 STAINLESS, specifically designed to work in food handling. Delta robots are parallel robots with three arms connected to a platform with universal joints. Delta robots can pick and place on assembly lines and are quite fast.

The R-3iB/6 STAINLESS is designed to set a new standard for food handling robots, capable of high speeds and increased accuracy. The delta robot has a fully encased stainless steel body able to handle thorough washdowns required of food handling equipment. The stainless steel is polished to a mirror-like finish that makes the surface easy to clean; porous surfaces create a place to harbor microbes. The system uses NSF H1 food-grade lubricant and secondary oil catchment basins. The basins are designed with viewing windows that will show operators potential lubricant leaks. 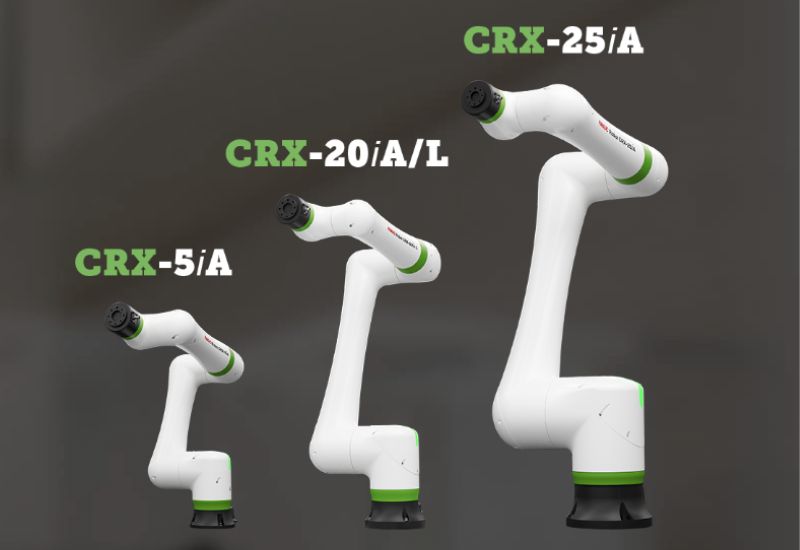 FANUC recently expanded their CRX lineup of collaborative robots, now containing over 11 different models with payload ratings from 4-35 kg. The new cobots are the CRX-5iA, CRX20iA/L and CRX-25iA. In response to worker shortages, the cobots are designed to be user-friendly and can run up to eight years maintenance-free. Drag and drop programming enables users to program via a tablet. The cobots can also be programmed through hand guidance.

In addition to standard-sized cobots, the industry’s strongest cobot, the CR-35iB was displayed. The cobot is capable of handling payloads up to 35 kg. With such a high payload and small footprint, it fits into many applications that typically require lift assist devices. It is designed to help reduce ergonomic stress for workers in heavy-lift situations. 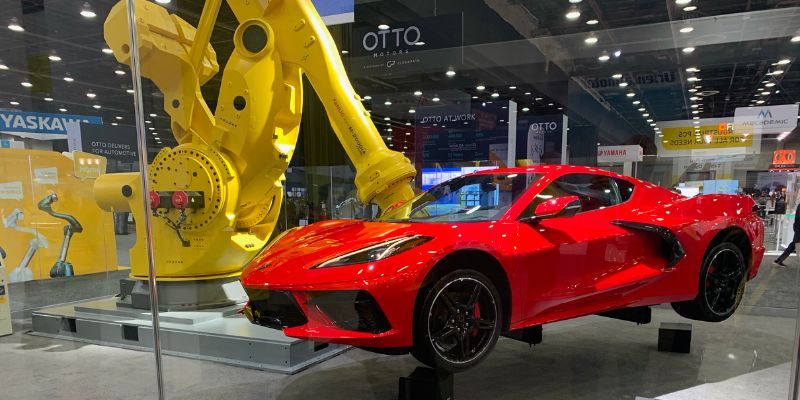 The M-2000iA/1700L and the M-1000iA are heavy lifting robots designed to move extremely heavy products. The M-1000iA has a payload of 1000 kg and the M-2000iA/1700L has a payload high enough to move car frames. The automated demonstrations featured an M-1000iA palletizing and moving heavy batteries and an M-2000iA/17000L moving an entire Chevy Corvette frame. The system features FANUC’s Dual Check Safety (DCS) Speed and Position Check software, limiting the robot to a compact workspace if needed.

In addition to the demonstrations mentioned, FANUC also displayed several other robot configurations, including:

The systems were used to demonstrate a wide range of capabilities available to FANUC customers. The systems are designed to fit into customers’ processes seamlessly, helping to reduce the effects felt by labor shortages and pandemic-related problems. With its new stainless delta robot, FANUC has even managed to bring automation to the food handling industry. Food handling is traditionally difficult to automate because of stringent cleanliness procedures.