Industrial XR: Are Virtual and Augmented Reality Living Up to the Hype?

Industrial XR: Are Virtual and Augmented Reality Living Up to the Hype?

The extended reality market is predicted to grow nearly 60% in the next five years and is seeing increasing use in manufacturing. Below, we’ll take a look at some of the ways AR, VR, and MR are being used in various industrial processes.

As industries move towards Industry 4.0 with the implementation of factory network technologies like AI, machine learning, and the IoT, it’s no surprise that the use of extended reality (XR) is also seeing increasing use. In 2019, Fortune Business Insights estimated that the use of the virtual reality industry in manufacturing will reach 15 billion by 2026, making a jump of nearly 14 billion from 2019.

Having been around since the 1960s, extended reality (XR) is the umbrella term for any kind of virtual extension of reality that immerses users either partially or fully, whether that be in the form of augmented reality (AR), virtual reality (VR), or mixed reality (MR). Below, we’ll take a look at some of the ways companies are creating and/or using reality beyond reality in their digital transformation. 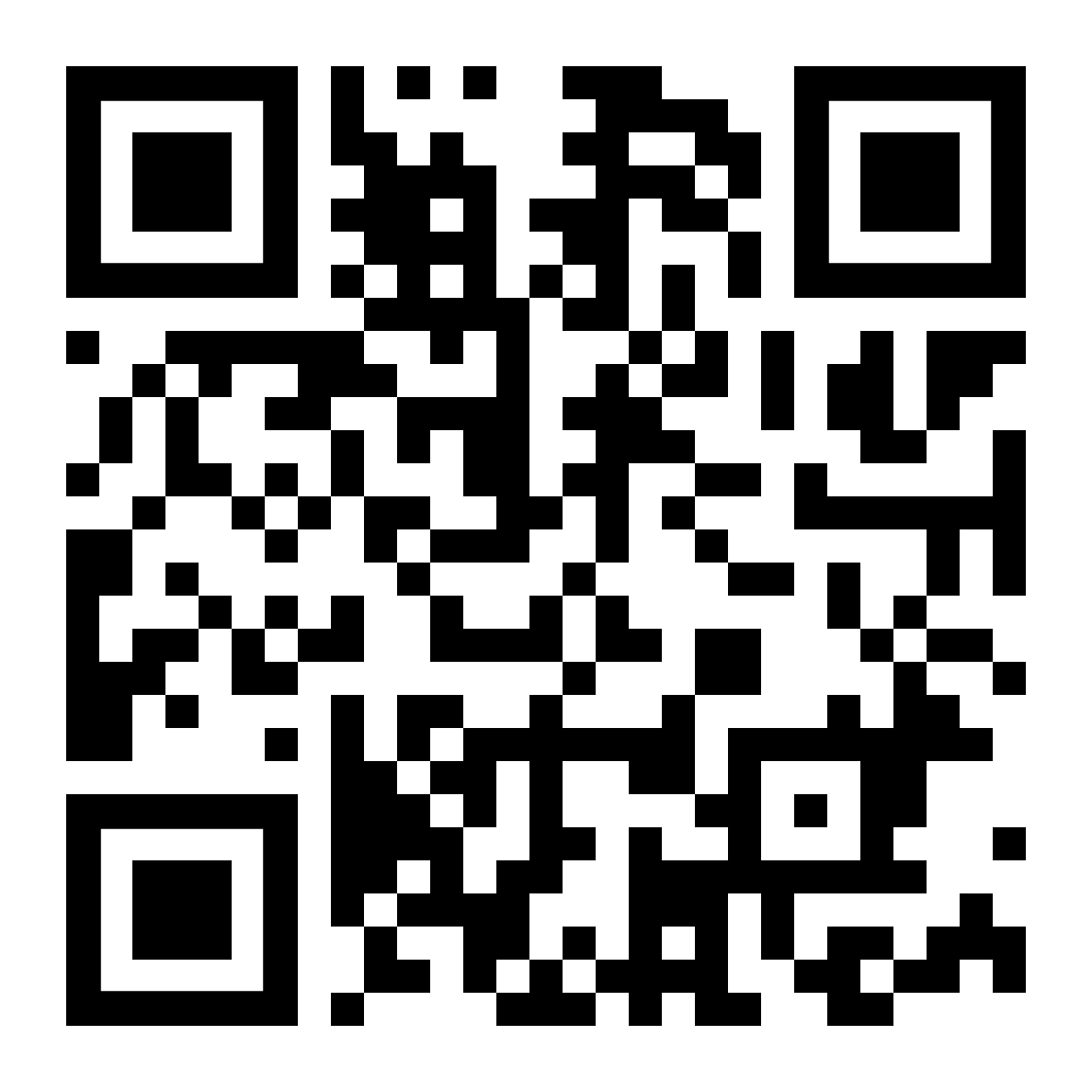 Scan the QR code with your phone’s camera, open the site, and click on the image to experience AR (IoS compatible).

AR is the use of a virtual representation overlaid on real objects in a physical environment. AR can be seen with any type of device with a camera, such as phones and tablets, as well as glasses or lenses specifically designed for AR. In industrial settings, AR finds use in assembly, data monitoring, maintenance, and most notably, worker training. 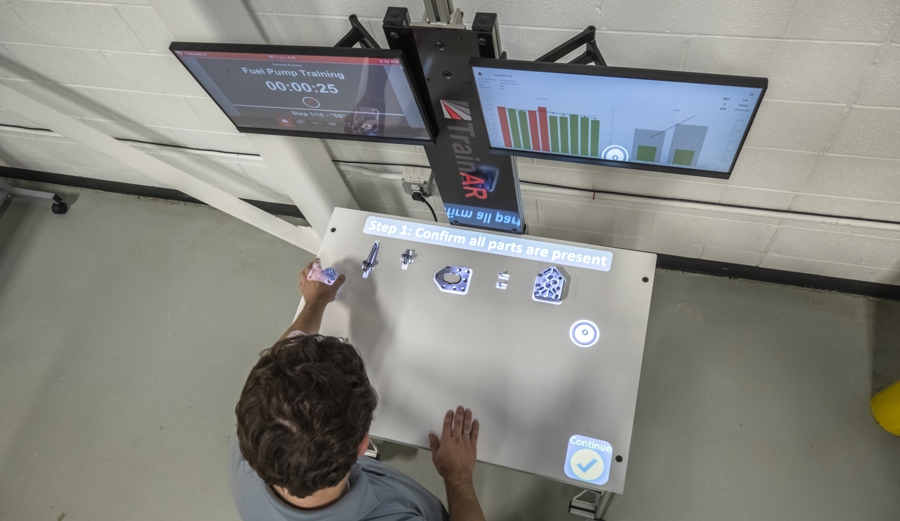 Remember building Legos as a kid? LightGuide, a company out of Michigan, recreates the experience for use in manufacturing. Instead of assembling a spaceship from plastic bricks, however, AR instructs users to assemble complex parts for use in the automotive, aerospace, food & beverage, medicine, and electronic industries. Via “visual workflow” technology, LightGuide utilizes light projection to walk users step-by-step through assembly processes. LightGuide’s AR applications also find use in maintenance, inspections, and other processes, with use by some of the biggest names in the industry, including Ford, General Electric, and Bosch Rexroth. 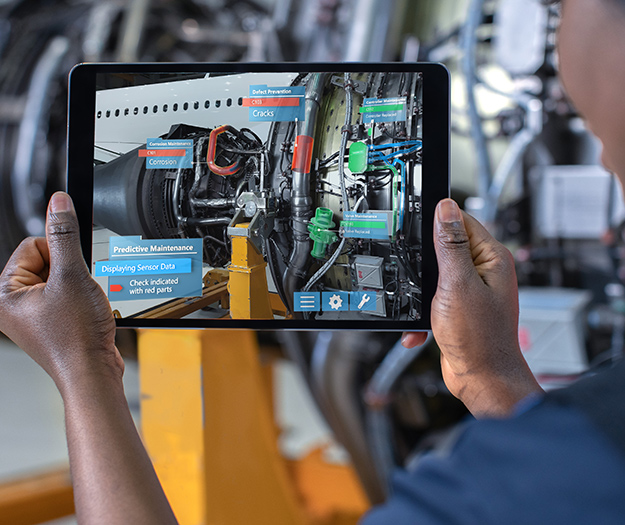 PTC, a Boston-based software company, also utilizes AR technology; however, rather than using light projection like LightGuide, PTC’s AR platform, Vuforia offers six different suite options for use with phones, tablets, or smart glasses for use in real-time data monitoring and maintenance, worker training and upskilling, and remote assistance. PTC’s technology claims that their AR technology helps to close the skills gap, claiming up to “50% reduction in training costs'' and up to “40% in new hire productivity” with use by companies like Toyota and Volvo.

VR is the complete immersion into a virtual world and has been adopted heavily by the automotive industry. VR is typically entered with a headset and ‘input devices’ ie. handheld controllers, treadmills, and sometimes even a full-body suit and is typically ran by a VR engine such as Unity (C#) or Unreal (C++). In industrial settings, VR finds use in training, developing, prototyping, and showcasing, often used in concurrence with digital twins. 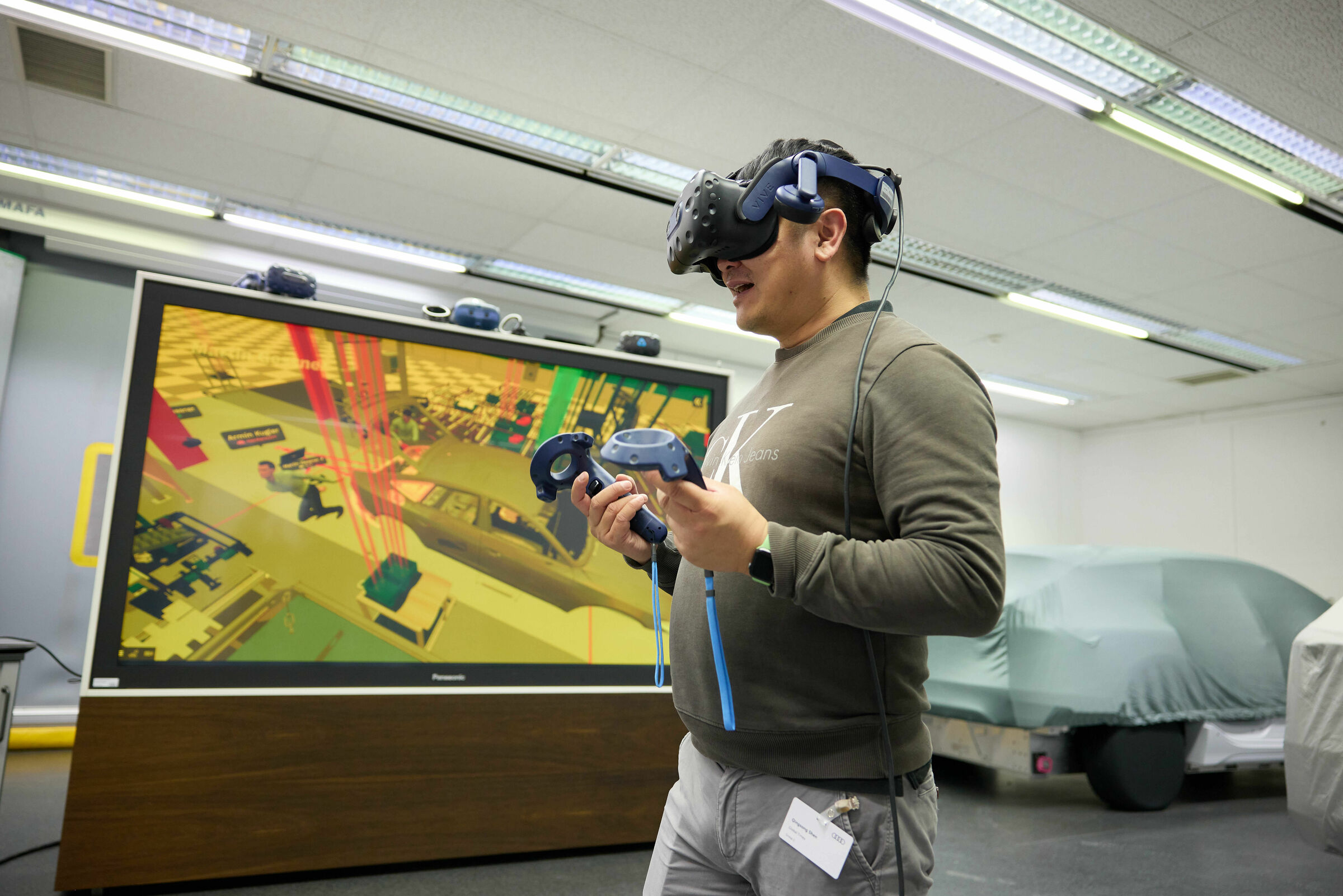 The use of VR allows Audi developers and designers to work together from any time and place. Image used courtesy of Audi

VR has increasingly found use in the automotive industry. Audi, for instance, recently announced their shift to “smart production” with the adoption of modular assembly, AI, cloud computing, and increasingly, VR. Audi claims to speed up the process of a model to production by providing experts not only a digital representation of their design, but a more realistic and customer-oriented representation via VR, as well as the ability to collaborate at any time and place. Provided image shows a user wearing the HTC Vive Pro series headset. 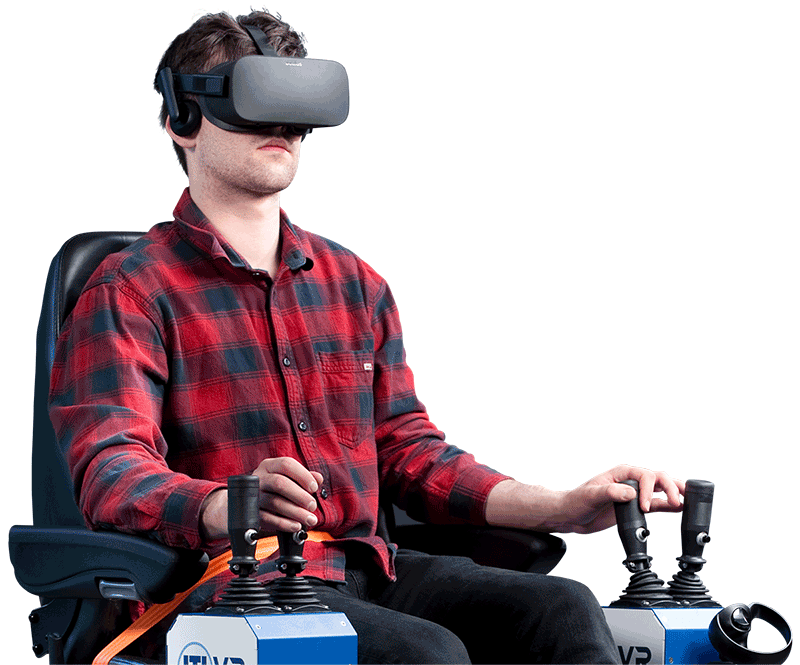 ITI uses VR to train workers on how to operate, inspect, and rig overhead cranes. Image used courtesy of ITI

Industrial Training International (ITI), based out of Washington, provides quality training programs for crane operations, rigging, and lift planning. As part of their training solutions, ITI offers VR simulations so that aspiring crane operators can navigate through different scenarios to learn how to operate one of nine available overhead crane models. ITI also offers VR training for inspecting and troubleshooting overhead cranes, as well as a VR tested Construction Hazard ID certification recognized by the National Safety Council.

MR often gets confused with augmented reality. Where augmented reality projects virtual objects onto the physical world, mixed reality uses tools and sensors to combine the physical world with the virtual. Some examples include using haptic gloves that give users feedback based on data of a real world object. In industrial settings, MR sees use with remote collaboration, as well as worker training. 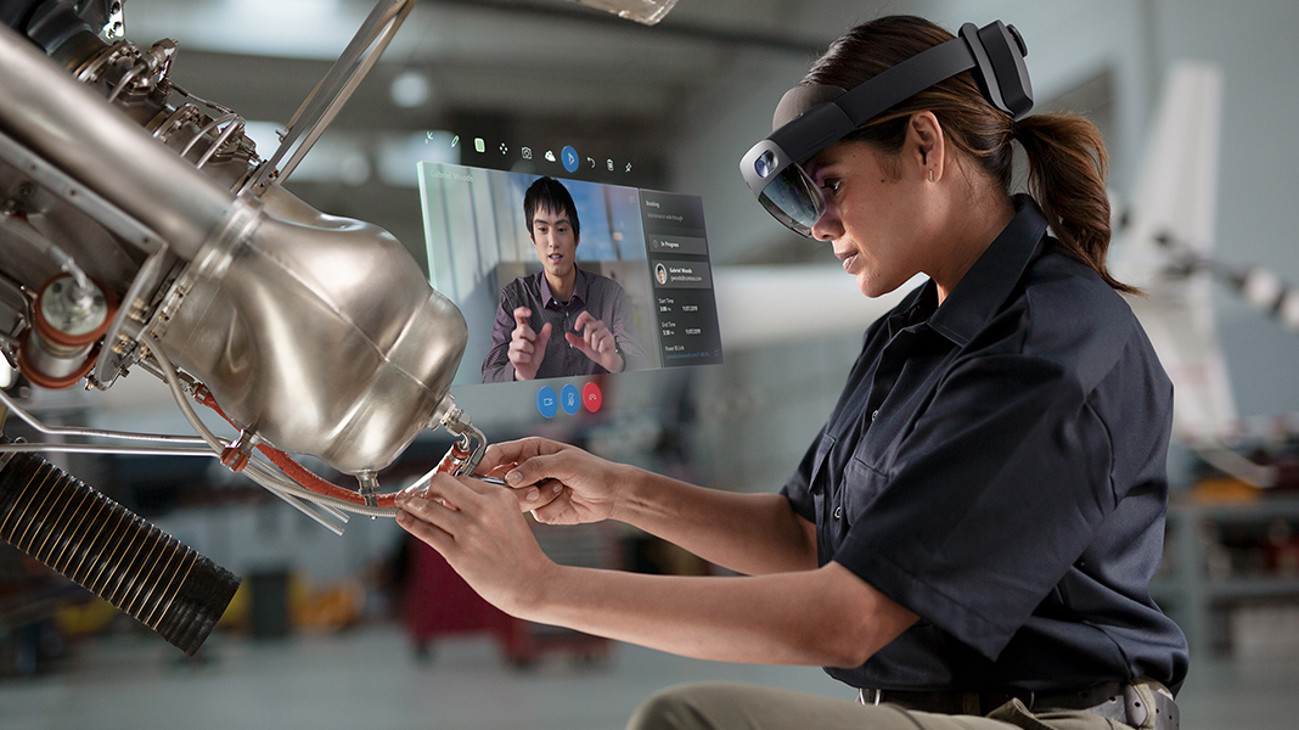 The HoloLens 2 from Microsoft is used for a number of tasks, including remote assistance. Image used courtesy of Microsoft

Microsoft brings MR to manufacturing with their HoloLens 2. These MR smart glasses provide on-site workers the ability to collaborate with experts as well as provide on-premise instruction where the work is needed. Microsoft claims that by using their HoloLens 2, Toyota reduced time spent on inspection by 20% after integrating Microsoft’s technology into their manufacturing. The HoloLens 2 is also used by well-known companies like Mercedes and Eaton.

In a report from Mordor Intelligence, the XR market is expected to see nearly 60% growth in the next five years. In manufacturing, the use of XR will see heavy use in remote assistance, training, and upskilling workers to address the ongoing labor and skills shortage.

While XR is finding increasing use in manufacturing, many businesses still approach with caution, waiting to see resolution of concerns which include upfront investment, data storage, and spatial requirements, as well as the practicality of turning an innovation buzz into a useful, long term business practice. Still, it is exciting to see a new application of technology being used to solve training and troubleshooting challenges with limited space and equipment investment, all wrapped up in an industrial ‘video game’ experience.