What major companies are attending PACK EXPO next week and what kind of cutting-edge industrial automation technology will they be debuting?

The Association for Packaging and Processing Technologies (PMMI) has confirmed the PACK EXPO 2021 event, which will take place at the Las Vegas Convention Center this week from September 27 to 29.

The conference will see the participation of professionals from all packaged goods industries and the showcasing of state-of-the-art packaging equipment, automation technologies, digital packaging solutions, robots, and more.

Like many events last year, PACK EXPO 2020 was a virtual exhibition. Now that the world has started reopening again, PMMI intends to bring together as many industry experts as possible to this year’s event.

According to the company’s website, the total number of exhibitors at the time of writing is 1551, with more than 15,000 attendees already registered to attend in person. PACK EXPO 2021 will feature several packaging and processing machinery in action, distributed throughout the Las Vegas Convention Center.

The event will also see several educational discussions and sessions, together with pavilions dedicated to specific solutions in containers and materials, confectionery, digital printing, processing, and reusable packaging.

Registering for the event costs $30 for in-person and online participation if tickets are purchased before September 10th. After that, in-person participation will cost $130. Attendees can also purchase a $495 ticket, allowing them to participate in the Cold Pressure Council Annual Conference.

Not all the companies participating in PACK EXPO have unveiled their lineup for the event. However, industrial giants Quest Industrial, FANUC and a few others have. Here is a look at some of the technology they will be showcasing this week. 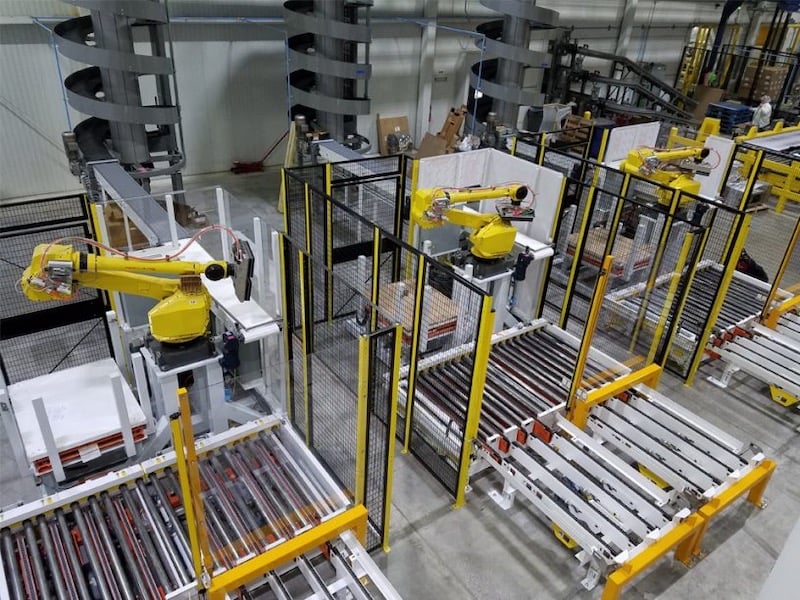 The machine will feature an 8’x10’ footprint and will be able to produce exact pallet patterns from bags to boxes as other product types.

The robotic palletizer builds on the original Box Bot but comes with fewer customization options, as it is designed for customers who rely mostly on standardized and pre-defined key configurations.

The Box Bot QB300 series is designed for deployment in the food, beverage, and consumer goods industries. All the machines in the series will come paired up with a FANUC robot that will enable higher stack patterns and maximize tractor-trailer loading for more efficient shipping.

The FANUC team will be in booth 1441 at PACK EXPO 2021, with the company showcasing a number of technologies. Specifically, FANUC will present the CRX-10iA/L CRX cobot (equipped with an iRVision 3DV/200 vision sensor) and its palletizing, packing, and inspection capabilities. 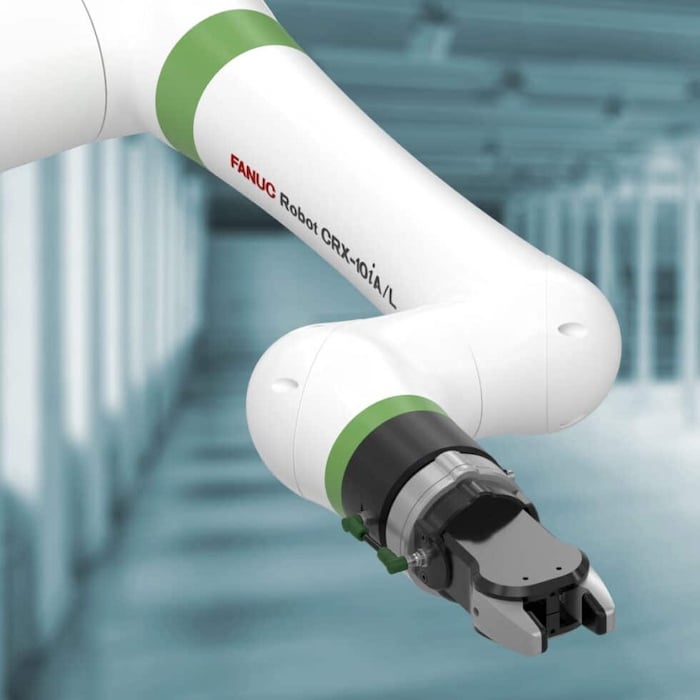 The industrial automation firm will also present two separate DEMOS at the event. The first will see the new FANUC SR-20iA pick and transfer milk crates between two trays, while the second will have the FANUC SR-12iA pack and unpack bottles of mouthwash.

In addition, FANUC will also exhibit the capabilities of its DR-3iB/8L Food Grade Delta Robot, the High-Speed Tote Picking robot with iRVision 3DV/400, and M-410iC/110 Palletizing/Depalletizing robot with HMI.

Quest Industrial and FANUC are just a few of the major companies that will be attending this event. Last week, NORD Gear Corporation announced they will be showcasing their latest control components at the event, including motor drives and integrated gear units.

KUKA is another company that just announced their latest KUKA robots will be in booth C-5046. The PACK EXPO Floor Plan shows where other companies will be demonstrating their technology as well.