KUKA has recently reached a new milestone in its 3D-printing efforts.

The ProLMD project focuses on integrating hybrid laser metal deposition (LMD) technology into the production chain. It was developed by KUKA together with the Fraunhofer Institute for Laser Technology (ILT) and other industrial partners.

Providing companies with individual components as well as fully automated systems, KUKA’s efforts in the industrial automation industry are well known. With sales of around 3.5 billion euros, the company has spearheaded several innovative robotics solutions in the past few years, with many focusing on collaborative robots (cobots). 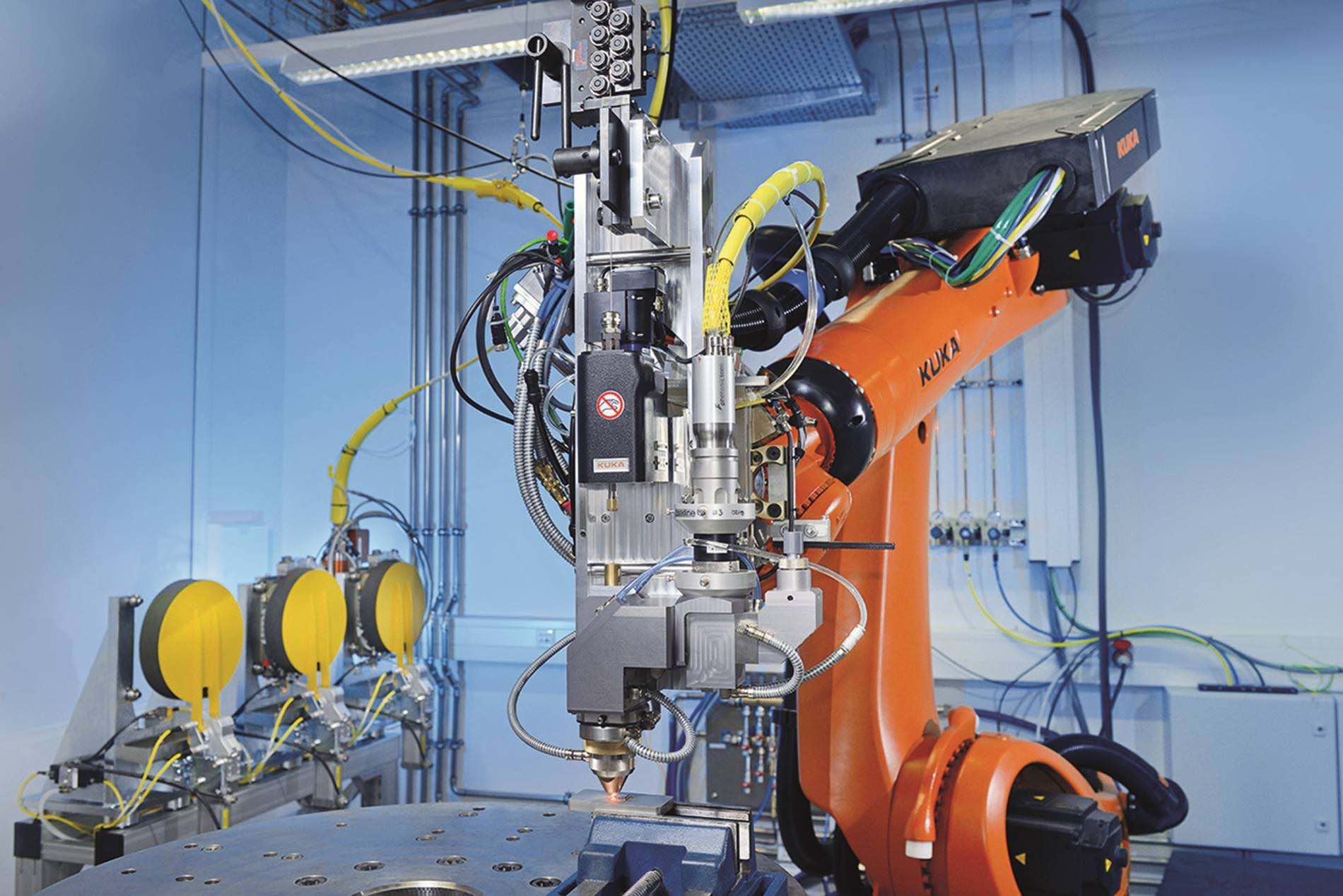 At the beginning of the year, for example, KUKA launched KR IONTEC, an industrial robot for the medium payload category. More recently, the company has updated its KR QUANTEC Foundry robots and deployed over 50 robots to help a German automotive supplier build production and inspection lines.

The ProLMD project is now the latest in a series of partnerships KUKA has collaborated on with various industrial companies.

Developed in collaboration with the German Federal Ministry of Education and Research (BMBF) and KIT (Karlsruhe), the new initiative aims to simplify the manufacturing processes by replacing conventional processes with 3D-printed operations.

According to KUKA, these improvements could, in the long run, reduce production time by 50 percent and cut costs by 20 to 30 percent.

The company also confirmed it designed and deployed two identical production lines for hybrid additive manufacturing in this project, which are already operational at the company’s Würselen site and at the ILT Fraunhofer Institute campus.

The Benefits of Hybrid Additive Manufacturing

Laser metal deposition (LMD) is an additive production process through which a laser beam forms a pool of melted metal on the surface of a metallic substrate. Metal powder is then injected onto the melt pool using a gas stream, and when that is absorbed, the substance produces a deposit on the surface.

One large advantage of additive manufacturing when compared to subtractive technologies is the number of resources it saves. 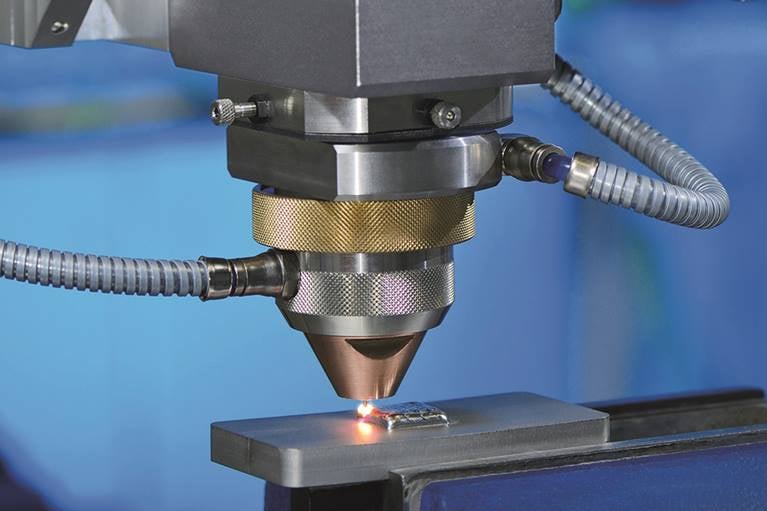 In subtracting manufacturing, a vast amount of resources is typically discarded during the production, and design choices can be limited by the shape and dimension of the used material. Additive manufacturing is then both a resource-saving solution, as well as a flexible option for 3D metal printing.

Hybrid additive manufacturing solutions have been proven to be more efficient than their subtracting counterpart. However, costs and demanding machine conditions involved in these technologies have prevented them from becoming mainstream in the automation industry. This is because, during LMD processes, materials need to be protected from oxidation, Günter Neumann, Head of KUKA Business Unit Laser Applications, explained.

Moreover, “the complete system is located in a shielding gas atmosphere,” Neumann added, “[so] there are often still limits to the size of the components that can be machined. ” The final goal of the ProLMD project is to develop efficient processes and system equipment capable of applying LMD technology in the manufacture of large components. “In the long term, we want to upgrade the process for series production,” Neumann concluded.

What do you think about this project and its implications on the additive manufacturing industry?