Learn about several companies and how their innovations in autonomous robots, drones, and laser scanning technology could change the way engineers evaluate industrial environments.

Many still perform surveying tasks manually, where a crew of surveyors sets up markers and use measuring instruments such as a theodolite to understand the facility they’re working in. As the industry continues to advance its technology, automation is quickly adopting some of these techniques.

Aside from initial surveying for building structures, structures must sometimes be inspected to schedule maintenance or verify compliance with local, state, and federal guidelines. This is particularly true with industrial facilities with difficult-to-inspect structures like flares, towers, tanks, and suspended pipelines.

Surveying projects require practiced skill, specialty tools, and knowledge of what needs to be measured. Industrial inspection and monitoring are often dangerous, requiring workers to climb towers, walk along catwalks, into mines, and enter hazardous spaces. 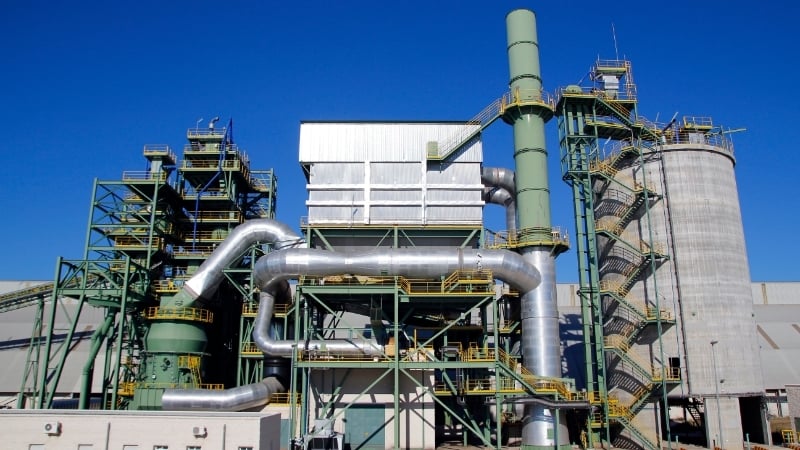 A view of an industrial facility taken from a drone.

Companies have developed specific automated technology to perform these tasks in recent years, so humans don’t have to put themselves in potentially dangerous situations. This article discusses a few companies that are helping to improve the way surveying, laser scanning, and inspection operations are performed.

The BLK2FLY autonomous flying laser scanner and BLK ARC for robotic navigation are designed to help engineers address some of the pain points they face with data collection and management.

According to Joshua Rayburn, Reality Capture Business Manager for Leica Geosystems, the BLK ARC, and BLK2FLY evolve the technology of the BLK2GO handheld imaging laser scanner into autonomous solutions. Both systems capture millions of measurements and panoramic imagery as they move through a space on a robotic carrier or flying device.

In addition to the large amount of data these devices can hold, Leica Geosystems also stresses the reliable accuracy of these devices. 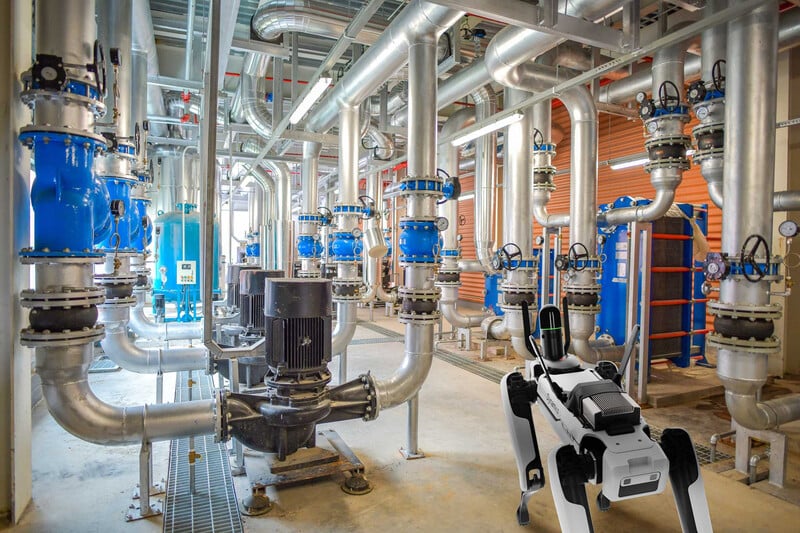 Both sensors measure from a distance and create point clouds—a comprehensive, clear, and precise digital record of the space that can be used for design, analysis, maintenance or asset management. The sensors also use the point clouds for autonomous navigation and advanced obstacle avoidance.

Each sensor fills a fit-for-purpose need within the industrial plant space. The BLK ARC enables reality capture in hazardous or inaccessible areas. It is already being used on Boston Dynamics’ Spot robot but can also be integrated with other robotic carriers.

The BLK2FLY is a fully integrated flying laser scanner that can create point clouds of objects by flying around them to get an aerial view. This is particularly useful where ground measurements fail, such as measuring structures inside or outside a facility that can’t be easily reached with ground-based sensors.

For companies striving toward the creation of a digital twin, the new sensors may make the goal easier to achieve.

Hurt elaborates on this by explaining that while CAD drawings and models only show the plant environment as designed, 3D laser scanning captures the real world exactly as it is. This includes specific details of the building or facility that are necessary to develop a comprehensive and effective digital twin.

Leica Geosystems believes these new solutions, along with its laser scanning sensors such as the P-Series and RTC360 high-speed laser scanner, will provide engineers with the tools they need to successfully create an autonomous future with smart digital reality technology.

Leica Geosystems is one company that is leading the way in developing advanced laser scanning technology. Who else is developing these kinds of technologies?

Geospatial Tools and Techniques by Nexus 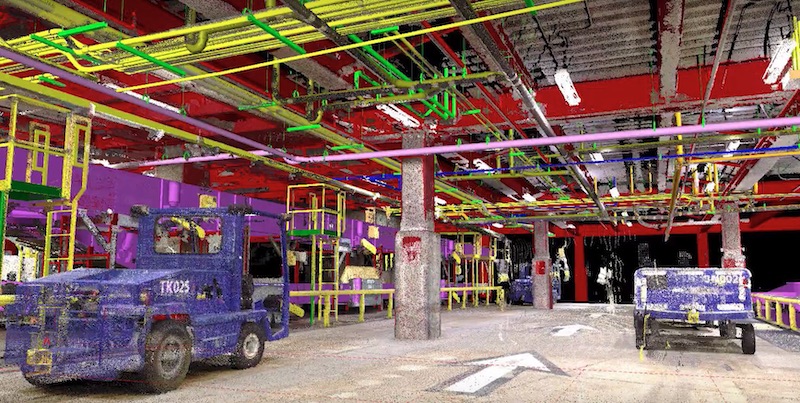 This type of data can be useful for plant expansions, equipment upgrades, or planning and contingency operations. For example, suppose there was a chemical spill at a polymer manufacturing facility.

Where should rally points be placed to evacuate employees safely? From the ground, this is a difficult problem, but with a complete 3D model, spillways can be planned, and safe rally points established.

In addition to Nexus 3D, OMICRON is another player in this space who has developed a new technology for testing and monitoring.

OMICRON has developed numerous test systems for improving and maintaining the power grid. The power grid has been a major focus of infrastructure upgrades after the Texas winter storm outages, hurricane damage on the Gulf Coast, and increased cyber attacks.

Their catalog includes everything from cybersecurity protection to signal analyzers to substation test, control, and automation. Their equipment can be used to monitor and automatically control substations, monitor and adjust equipment to increase the power factor of power going into an industrial facility based on loading, and so on. 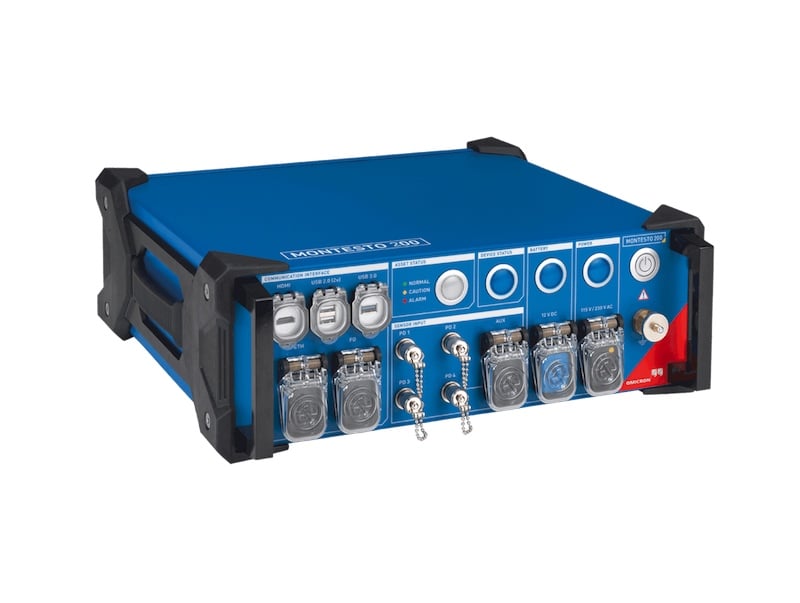 A missing data point from a surveying team can be a costly expense. As facilities continue to update their systems, it is crucial now more than ever to have updated records of a facility.

Companies like Leica Geosystems, Nexus 3D, and OMICRON aim to change how these tasks are done. Through their innovations in advanced laser technology, UAV/drones, and testing/monitoring systems, these companies are hopeful of bringing these technologies to more sectors of industrial automation.