How is digital transformation accelerating in industrial manufacturing, and what are industry leaders like Emerson bringing to the table?

The Control Automation Editorial Team sat down with Mart Berutti, Vice President of Sales and Marketing, Digital Transformation at Emerson Automation Solutions, to learn more about Emerson’s efforts in digital transformation in the industrial sector.

Berutti describes digital transformation as the next step for the industry. It’s not a matter of if people will adopt this technology, but when.

“All of our customers are on the path to digital transformation,” Berutti mentioned. He added by saying, “Our customers have to adopt digitalization to survive in a technology driven world. This applies for greenfield projects, brownfield projects, or even just making an older, existing plant relevant today and in the future.”

He also noted that digital transformation is the future of the industry no matter the age of the user. Many companies are coming around to understand the impacts of this technology.

Berutti explained that digital transformation could happen in any facility, regardless of the existing technology. Even in a facility filled with older control systems, there’s potential for those systems to be paired with new platforms that may streamline operations.

One of Emerson’s most notable products is their Plantweb digital ecosystem. This ecosystem has several aspects, allowing engineers to collect and interpret data straight from their machines in real-time. Plantweb aims to leverage machine and sensor data safely, so users don’t need to worry about their systems being compromised by a cyberattack.

In addition to Plantweb, Emerson also has a Digital Maturity Tool, allowing companies to target their operational needs. 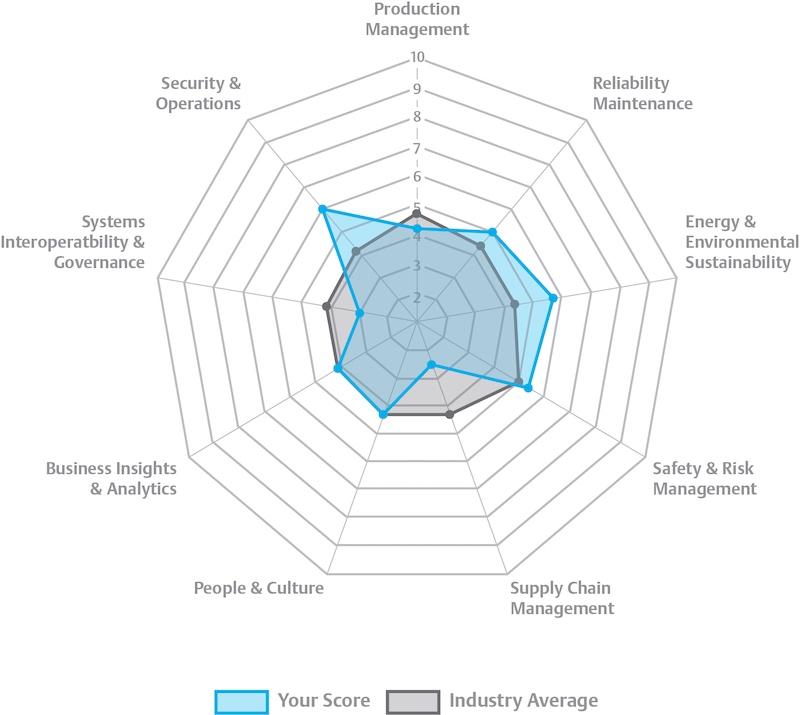 An image showing Emerson’s Digital Maturity tool and some of the considerations that companies can make depending on their operational needs. Image used courtesy of Emerson

When discussing the Digital Maturity Tool, Berutti added, “...this tool gives customers the ability to align their supply chain goals with their business goals, and overall operational goals.”

“Data management and cybersecurity is also critical when it comes to digital transformation,” Berutti mentioned.

Earlier this week, Emerson announced they are now integrating MTP into their existing control systems. Emerson is one of the first companies in this space to adopt the User Association of Automation Technology in Process Industries’ (NAMUR) Module Type Package (MTP) standard.

NAMUR is an international association for engineers specializing in automation and digitalization, specifically in the process industries.

Emerson recently adopted MTP to deploy in PLCs and distributed control systems (DCS). The MTP is a common, open standard that allows process engineers to integrate new equipment into a facility without the complex programming. They designed MTP to be closer to a plug-and-play installation.

Their overall goal with MTP was to eliminate the need for end-users and system integrators to spend time investing in special integration tools. Emerson is hopeful that this latest tool will give companies the push they need to drive them further into digital transformation.

What is the Future of Digital Transformation?

It’s unclear exactly what the future of digital transformation holds for the industrial sector. Many companies like Emerson are developing and deploying new technology promising to aid plant managers in streamlining their operations. 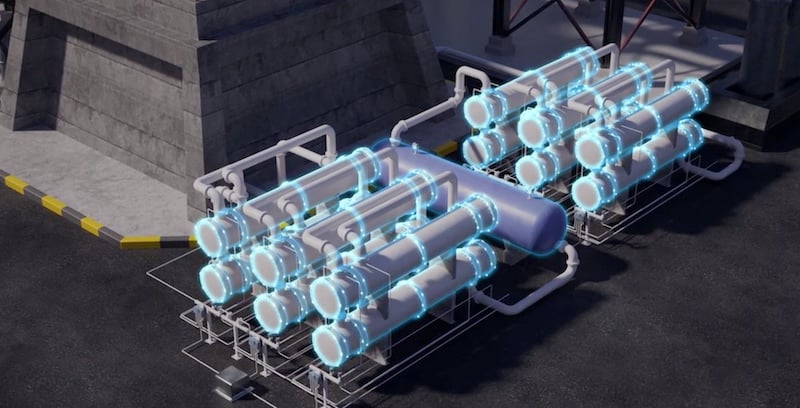 There is a common notion that OEMs can implement digital transformation into any facility, as long as the tools are there.

“You’ve got to bring everyone along,” Berutti commented on the idea of evolving digital transformation. He elaborated by stating, “We're in a golden era of computing resources.”

Where do you see the future of digital transformation? How has your facility implemented or resisted this concept?