Locus Robotics and Argo AI have received major fundings recently to accelerate the development of autonomous solutions for industrial applications.

COVID-19 has put autonomous robotics and its application to the forefront of all industrial and social applications. With the world acknowledging the need to make critical operations independent of human efforts, more money has been pouring into companies developing products for wide-scale automation applications.

What Do These Companies Do?

Warehouse automation has been garnering lots of praise and appreciation for enhancing the throughput across the industries. With easier use and faster adoption rates, warehouse automation has become a normal phenomenon for the industry. Common warehouse solutions are autonomous mobile robots (AMRs) that transport items from one place to another, with minimal to no human efforts.

Locus Robotics is a Massachusetts-based company that manufactures autonomous mobile robots for indoor applications, mainly the warehouse automation tasks. They are an industry leader in the field of bin transport systems. Their robots allow e-commerce, logistics, retail, and manufacturing companies to meet the increase in order volumes efficiently. Locus Robotics’ AMRs are easy to deploy and integrate with existing warehouse management systems (WMS) and promise low disruption, faster cycles, and quick 18-24 month ROI.

Their robots can autonomously navigate through dynamic environments handling all potential collision situations while maintaining smooth motion and collaboration with other robots. Their technology stack includes a touch-screen for user input, a sensor suite with cameras, lidars, and IMUs and a differential drive motion mechanism. 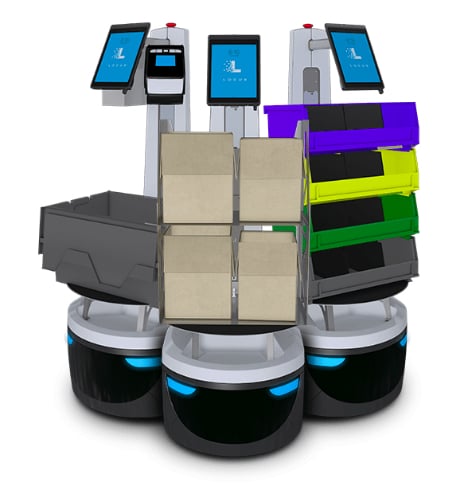 Self-driving cars have been inching towards becoming a stable, safe, and production-ready technology. Industry leaders like Waymo and Tesla have been garnering a lot of attention and appreciation for their technology. All conventional automotive companies are striving to win this race with partnerships like General Motors with Cruise Automation, Hyundai with Aptiv, and Volkswagen with Argo AI being the most outstanding collaborations.

Based in Pittsburgh, Argo AI company intends to build Level 4 AV technology comprising software, hardware, high-fidelity maps, and cloud infrastructure and have been making steady progress towards developing it. It has the best robotics and software minds working with it at the heart of Carnegie Mellon University, USA’s best robotics learning center. Argo AI was founded by industry leaders from Waymo’s and Uber’s self-driving unit and had already partnered with Ford in 2017. The company boasts of using its realtime software to process a reliable sensor suite comprising LiDARs, cameras, RADARs, and more and handle the controls of an electric vehicle.

Locus Robotics has been able to consistently raise money in their venture funding rounds over the years, especially the $26M it raised in its April 2019’s Series C round. The company’s product and its sale speak volumes for the growth and the belief it instills in the investors. The company recently announced completing 100 million unit picks for its robots at a DHL location in Pennsylvania and has bagged an order for 1000 robots with them. They are also deploying robots at UPS locations as announced in April.

The company just closed its Series D funding round of a whopping $40M, taking the total investment to $105 M. This round was led by Zebra Ventures, the investment arm of Zebra Technologies along with Scale Venture Partners, a returning investor. The recent deployments, partnership announcements, and statistics have been a major factor in the company getting so the investment in the middle of a pandemic.

The funding round promises accelerated growth of the company’s R&D efforts for new and innovative warehouse products as well as its expansion through Europe with multiple strategic partnerships. The CEO, Rich Faulk believes the incoming money will enable Locus Robotics to better support and develop solutions for healthcare, retail, industrial, and third-party supply chain customers.

He acknowledges how the primary bottleneck in the supply chain has been the inability of companies to process their orders while bulk finished products and stocked up and ready. Companies adopting AMRs for fulfillment shall be able to address orders across all channels. Locus Robotics robots are capable of seamless collaboration with one another as well as humans, thereby speeding the complete task. The company’s robots save more than 30% of operational costs and are almost 100% accurate while maintaining high-speed and flexibility.

Volkswagen and Ford Motors announced back in July 2019 about their investment with Argo AI to integrate their self-driving tech in their own vehicles thus expanding their global footprint in AV and electric vehicles. When Ford announced postponing the launch of the technology from 2021 to 2022 due to the pandemic, it sent ripples of disbelief across the industry.

However, COVID-19 has made it incumbent upon companies to have autonomous solutions for outdoor transportation for humans as well as products. On June 2, the VW group finalized the $2.6B investment in Argo AI, comprising a $1B cash inflow along with Argo AI takeover of VW’s European self-driving unit valued at $1.6B. It also includes Argo AI also absorbing more than 200 employers of the European unit. VW will also purchase $500 M worth of Argo AI shares over a period of three years. The company’s current evaluation now stands at more than $7B. 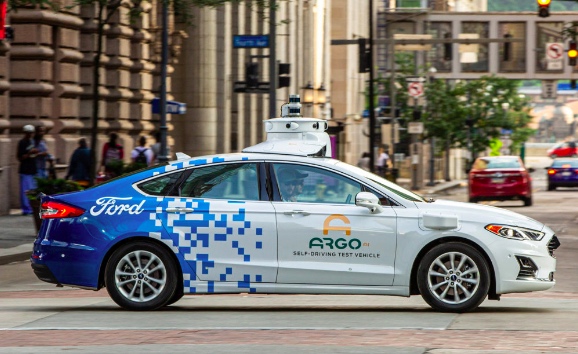 With this deal, Argo AI is comfortably positioned to dominate in the US as well as Europe with an affordable solution to the autonomous driving problem. While Ford and VW are now investors in Argo AI, they do not plan to collaborate on the self-driving vehicle development itself. Argo AI’s board now has two members each from VW and Ford and three members representing Argo itself. Argo AI’s vehicles have 360° awareness and very efficient motion quality.

Argo AI vehicles are capable of driving autonomously and transport goods from designated pickup and dropoff zones as well as ferry humans around. They ensure coordinated transportation while navigating the traffic and still maintaining safety and optimal costs.

What is the Message?

A couple of weeks ago, Zoox, a famous Bay Area autonomous vehicle company, was struggling to raise capital. It was reported to be up for sale and in advanced talks with Amazon. A  month ago, Starsky Robotics shut down after raising almost $30 M for autonomous trucking. Uber’s self-driving unit has similarly been troubled by numerous technological and management failures.

Argo AI’s recent investment just sends positive signals across the industry that self-driving vehicles will definitely be a reality if companies are humble and focused on their goals. This reinforces the belief in the technology and the COVID-19 just adds to the necessity for the same.

AMR solutions for warehouse automation have always fetched high-traction and this investment only adds to similar other investments making it incumbent upon retailers and companies to adopt the technology for faster growth and address the increasing order volumes.