After five successful flights, the Mars Helicopter had a minor incident during its sixth voyage that was fixed using advanced control systems.

Last month on 91st Martian day, the Mars Helicopter began to oscillate, adjusting its speed and rocking back and forth, which was not in the flight plan.

The flight anomaly was overcome, and the helicopter landed safely, within 16 ft (4.9 m) of its intended location. 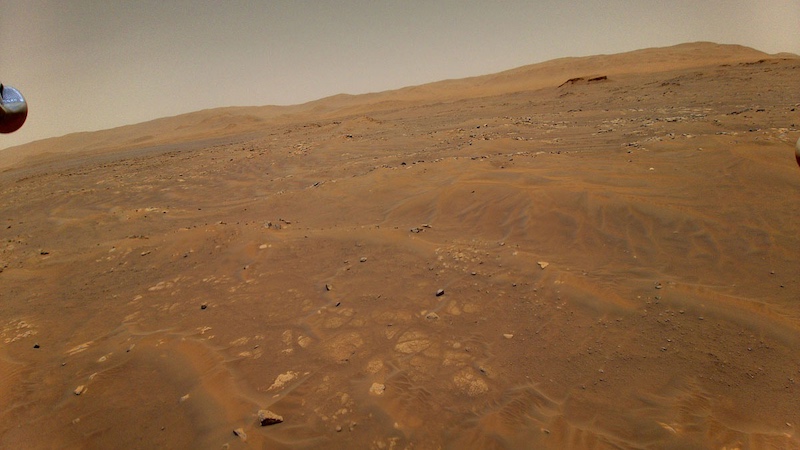 The Martian surface, as photographed by the Mars Helicopter before the flight anomaly. Image courtesy of NASA

Initially, the Mars Helicopter was supposed to fly at the height of 33 ft (10 m) to the southwest of its location, then turn south, then northeast, flying a total of 705 ft (215 m) at 9 mph (4 m/s). In the first leg of the southwest flight, the helicopter began its flight anomaly, rocking back and forth. It continued this rocking oscillation for the rest of the flight. 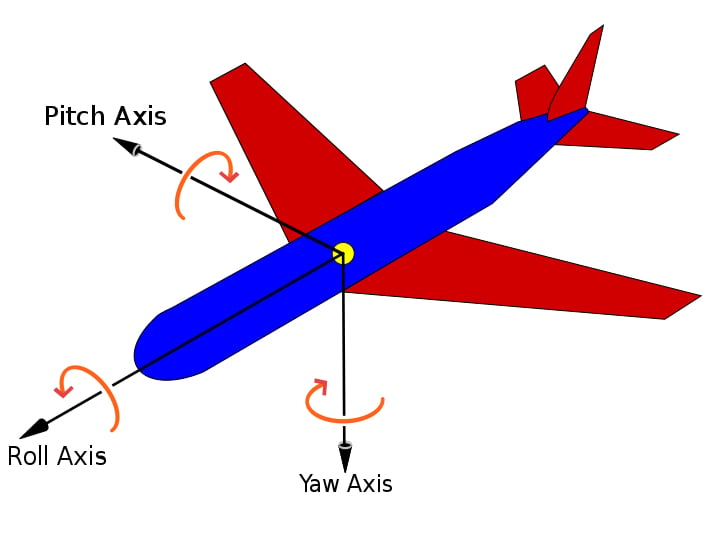 Onboard telemetry measurements showed roll and pitch measurements (left to right and front to back) that exceeded 20° and large spikes in power consumption during these oscillations. Also, several of the control inputs were showing larger-than-expected values.

The Mars Helicopter uses two sources of data for its navigation and control; the inertial measurement unit (IMU) and the navigational camera. The IMU measures acceleration in three dimensions, using data from several sensors to estimate altitude, velocity, and position. Even though this system samples at 500 Hz, the error would accumulate over time, causing the helicopter to become lost quickly.

The onboard navigational camera alleviates this problem by taking photos and comparing them to previous photos to determine the helicopter’s motion. While the camera continuously snaps photos, it uses image detection algorithms to find rocks, sand ridges, and other important landmarks. 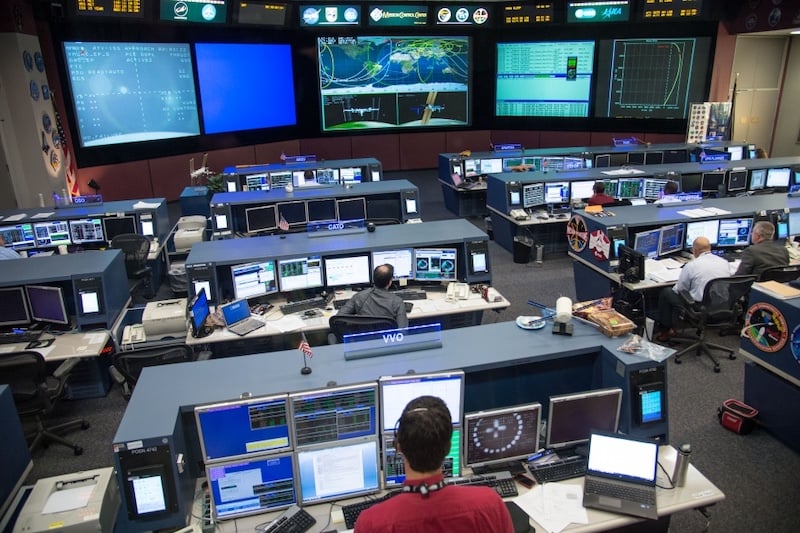 When the next photo arrives, it determines how much the helicopter has moved relative to these landmarks. Between the two systems, an accurate altitude, position, and velocity can be determined. Images are taken and processed at 30 Hz.

That is until an image goes missing. On the sixth flight, 54 seconds into the flight, a single image did not arrive to be processed. Landmarks were in the wrong place from where they were predicted, and the helicopter adjusted speed and tilt to compensate. This was the reason for the constant oscillation, as every following image bore the wrong timestamp and showed the “wrong” landmarks for the calculated position.

A space “selfie” of sorts- the Mars Helicopter photographed its own shadow. Image courtesy of NASA

Thankfully, there is a stability margin built into the system that did not allow it to make radical changes to the flight plan, regardless of the data it receives.

This allowed the Mars Helicopter to oscillate but not veer off course or head towards the ground due to a timing or processing error. The various subsystems (rotor control, power system, etc.) have their own error-checking routines built into them as well, adding to the stability margin.

As industry uses more image recognition routines, it should be noted that the same sort of issue can occur in the factory. If not properly detected and corrected, a missed image can cause a robotic manipulator to miss its mark, overcorrect, or cause a collision.

Therefore, it is essential to have error correction to limit out-of-bounds ranges for robotic motion. The Mars Helicopter detected a problem based on the large roll, pitch, and power measurements; a robotic arm could also detect motions that were too rapid or attempted to navigate invalid positions.