NASA made aviation history as its Ingenuity Mars Helicopter made its first powered, unmanned flight on the Red Planet. This is the first pioneering flight of any aircraft on another planet and is heralded as a key moment in history, much like when the Wright brothers flew the world’s first successful motor-operated plane.

The motors were used to control the rotor blade pitch and the flight direction. The micromotors (with 10 mm diameters) are a part of its DCX drive series, which the company designed to help provide unparalleled power density (torque per volume) and reduced noise when running. 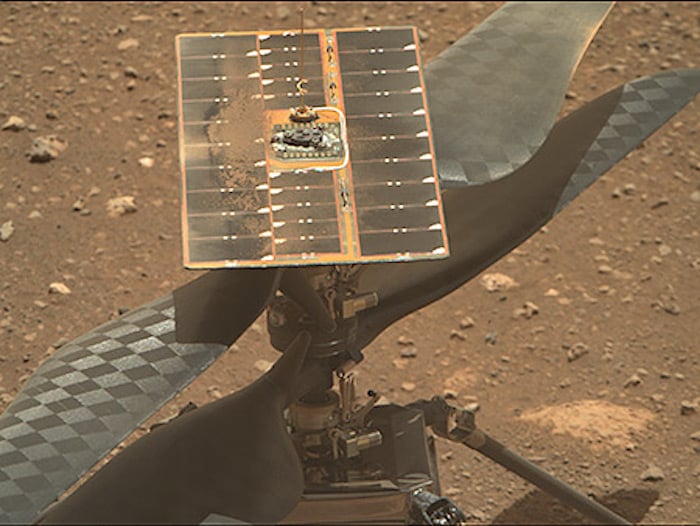 A close-up of maxon’s DCX motors on Ingenuity. Image used courtesy of maxon

In a recent news release, maxon design engineer, Aiko Stenzel, said: "The biggest challenge in developing the motors was the extreme weight requirement.” Stenzel added: "Every tenth of a gram had to be saved to make the helicopter fly. What's great is that despite the weight savings, we found a drive solution that has enough power to adjust the rotor blades. And this in the face of high vibrations and temperature fluctuations."

maxon provides DCX motors in different forms and allows customers to select their preferred drive and configure it to suit their desired application. Mechanical and electrical interfaces can be changed, such as the electrical connection, the front/rear shaft, and the labeling.

Ingenuity’s first flight saw the small aircraft fly to a maximum altitude of 10 feet and it hovered for a total of 30 seconds in the air. On its second flight on April 22, Ingenuity flew to 16 feet, and through tilting the helicopter by 5 degrees, the thrust from the counter-rotating rotors enabled it to accelerate sideways for 7 feet. The flight lasted 51.9 seconds and Ingenuity took aerial photos in color for the first time. 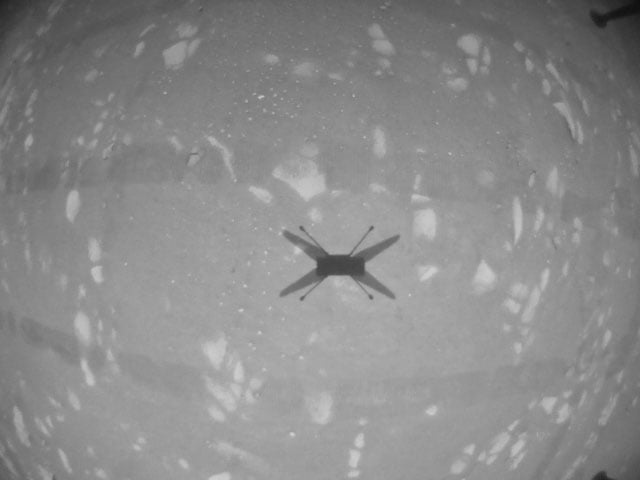 A photo that was taken by Ingenuity of its shadow. Image used courtesy of NASA

In a recent news release, the Program Executive for Ingenuity Mars Helicopter at NASA Headquarters in Washington, Dave Lavery, said that Ingenuity’s third flight “was nothing short of amazing.” Lavery continued: “With this flight, we are demonstrating critical capabilities that will enable the addition of an aerial dimension to future Mars missions.”

The third flight took place on April 25 when the helicopter flew to the same altitude as the second flight but then advanced in the distance when traveling sideways, covering 164 feet. This is just over half of the length of a football field. The small helicopter reached a top speed of 6.6 feet per second.