Merck aims to bring modular automation and digitization capabilities to laboratories to decrease time between R&D and production and improve overall equipment effectiveness.

On July 14, 2022, Merck KGaA announced its intention to promote modular automation within global laboratories under its electronics business. Merck is a globally renowned science and technology company with its group headquarters, research and development (R&D), and production facilities based in Darmstadt, southwest Germany.

Over recent years, the company has focused its attention on bringing digitization and automation to laboratories to bridge the gap between R&D and production. To this end, Merck has partnered with Siemens for a modularization project in 2021, targeting production facilities within the areas of life science, healthcare, and electronics. The company has also teamed up with independent industrial software manufacturer COPA-DATA to bring automation software to the R&D laboratories of its Electronics Technology Center, Darmstadt. 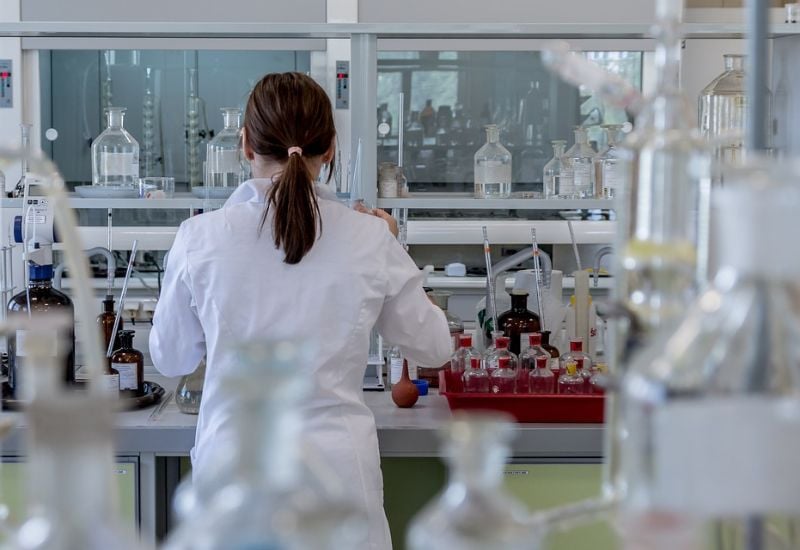 In today’s digital world, industrial establishments (working within sectors such as electricity, oil and gas, life sciences, pharmaceuticals, and manufacturing) are turning toward digitization and automated processes to maximize production and improve overall equipment effectiveness (OEE).

In laboratory environments concerned with R&D for electronics, chemicals, biochemistry, pharmaceuticals, and others, the need for digitization and automation could not be more apparent. How do we digitize labs and introduce automation?

According to Professor Marcus Kraft of the Department of Chemical Engineering and Biotechnology at the University of Cambridge, one way that automation could be introduced into labs is to create a digital twin. This is a virtual representation of equipment or hardware in the real world and their status. Through a digital twin, laboratory processes and workflows (whether chemical, electrical, biological, a combination of these, or other) can be simulated and experimented with.

Interoperable data representation, reliable standardized communications, and the ability to share data are also key components that could be developed and used for making automated labs a reality. Professor Kraft and colleagues detail their views in a perspective paper published in ACS Publications. 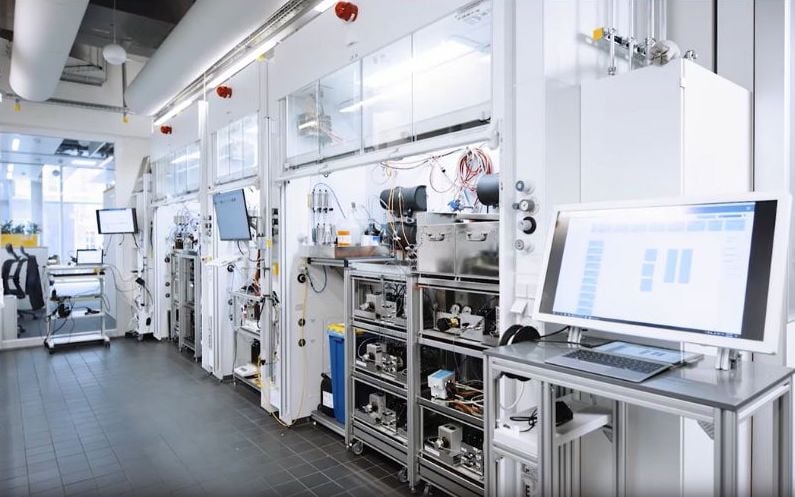 The Module Type Package (MTP) enables plug-and-produce operation, allowing for developed modules to be implemanted into different plants and speeding up time between R&D and production. Image used courtesy of Merck

Merck is aiming to revolutionize the laboratory environment with Industry 4.0, the IIoT, and smart factory approaches to production.

Merck intends to implement an industry standard known as the Module Type Package (MTP) to bridge the gap between R&D in laboratories and production. The vendor manufacturing concept was developed by the User Association of Automation Technology in Process Industries (NAMUR) in cooperation with the German central association of the electrical and electronics industry (ZVEI).

As stated in VDI/VDE/NAMUR 2658, “The module type package (MTP), which defines and describes the interfaces and functions of the automation technology of modules, and ultimately enables the integration of modules into a process control level, is used to describe the module types.”

The MTP standard is vendor-neutral and enables plug-and-produce operation. Once modules are developed, they can be integrated into different plants, regardless of the process orchestration layer or controller vendor.

In a recent news release, the Head of Integrated Supply Chain within the Electronics business sector of Merck, Hajo Neumann, commented, “During market launch, speed is a crucial competitive advantage and is especially important for our products.” Neumann added, “We also expect that the boundaries between R&D and production will become increasingly blurred in the future.”

Modular production could allow researchers to save work steps in completed modules and reconfigure them however and as many times as they wish without any programming experience. The MTP standard provides labs with the ability to move benchside projects straight onto the production line for mass production without wasting time on manually configuring it.