A Look Into Innovation Centers in Manufacturing

A Look Into Innovation Centers in Manufacturing

What causes innovation in manufacturing? This article will take a look at the root of innovation and where it's happening.

Innovation and technology are pushing the manufacturing industry to new heights. Connectivity is leading to more mobile decentralized business.

An innovation center is a place dedicated to research and technology development. In the manufacturing industry, this can be a place where people further develop ideas, technology, and work together to promote critical thinking and collaboration. 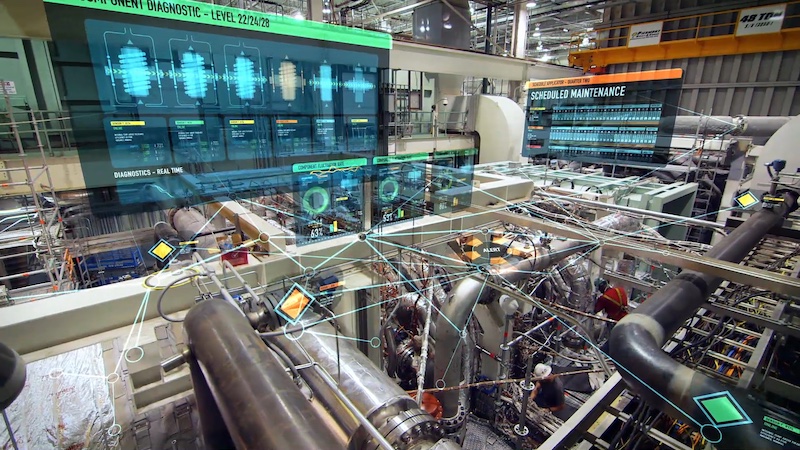 An example of an innovation center. Image courtesy of GE Digital.

Manufacturing is at the heart of most stories you hear about innovation concentrations. During the industrial revolution, Western Pennsylvania had coal which was necessary to Carnegie Mellon’s steel production.

The East Coast also had Edison’s Lab, Kodak, Xerox, and much of the railroad industry. The ability to manufacture and ship goods drove the economy, jobs, formed schools, and made it increasingly difficult to compete with the East coast.

Around the time of the industrial revolution, the West Coast didn’t have as much coal, but according to a recent article, Stanford University developed a relationship with power companies to further develop hydrogen power. This industry would help boost West Coast manufacturing. Relationships are key to innovation as Stanford expanded its relationships by creating the first university-owned industrial park in the world.

Stanford professor, Frederick E. Terman, leased some of the school’s land to companies, including East coast’s giant, Kodak. Collaboration between educators and employers is still a trend. Since many students attend universities for better career opportunities, Co-ops, internships and other programs have been successful and increase the rate of students able to graduate with jobs. However, by bringing companies on campus it concentrates multiple resources to accelerate R&D programs.

Terman created a shift to where R&D was and still is done. Most R&D around the early 1900s was done in-house by companies. Oftentimes R&D was done in isolation from other projects or innovations to protect any potential intellectual property.

By bringing companies on campus it creates a better collaborative environment. Concentrating resources can accelerate funding for more advanced labs and provides a cost-effective labor force.

Students able to live, study, work, and play without leaving campus are not only able to have more time for these activities but form a culture and community centered on discovery and innovation.

Bringing companies on campus to accelerate innovation is seen more recently at Wichita State University (WSU). With just over a few years into building its innovation campus, WSU is home to many large companies including Deloitte, Dassault Systemes, and Airbus. The innovation campus partners the resources of the school with companies and technology providers.

In one example, Dassault’s 3DS center was able to produce a search and rescue aerial drone in about nine months. Without the advanced equipment and resources available at the state of the art facility the drone could have taken between two to five years. One of the goals of the 3DS center is to reduce development time to 90 days.

Success in these partnerships is driving innovation centers all over the U.S.

It is no surprise that innovation is happening around the physical locations of these innovation institutes that collaborate together on improving manufacturing.

Universities, national laboratories, businesses, and other stakeholders are partnering in large consortiums to form strong relationships to create innovation concentrations around the U.S. While connectivity is leading to more decentralized, mobile, and remote possibilities, there will continue to be strongly associated with the physical location where innovation happens. While the East coast was difficult to compete with, the collaboration and drive for innovation on the West Coast are still seen today.

According to Brookings, four out of five West Coast cities, “... accounted for more than 90% of the nation’s innovation-sector growth during the years 2005 to 2017.”

These cities are already established and known for innovation. Key factors such as resources, infrastructure, and a skilled workforce will play a role in the success and ability to adapt and incubate innovation that we will take a closer look at in the follow-up article.

Additionally, the next article will present examples of how different areas are using innovation centers to align with future manufacturing markets.