Manufacturing and Robots Launch Into Space in 2022 and Beyond

Manufacturing and Robots Launch Into Space in 2022 and Beyond

The final frontier: automated. This article takes a quick look at three advancements in automation and the future prospects they uncover in the push toward manufacturing and robotics in space.

As a consequence of the push by the Department of Defense (DoD) in the United States to expand into orbital manufacturing, the Defense Advanced Research Projects Agency (DARPA) has taken the initial step to investigate the feasibility of biomanufacturing in space with the survival, utility, and reliability beyond Earth (B-SURE) program. 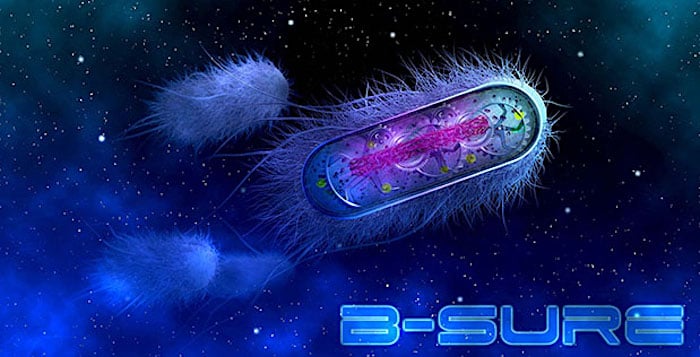 The B-SURE program aims to develop a fundamental understanding of microbial capabilities for bioproduction in space. Image used courtesy of DARPA

The B-SURE program looks to transition from the burdensome mentality of “pack everything you need” for a space voyage to an organic in-situ preparation method, known as orbital manufacturing. Rather than loading every possible tool, ration, piece of equipment, or replacement part for a journey to the cosmos, it would be far more economical and adaptive to pack the building blocks of those materials. These materials can include feedstocks, fermentation equipment, and microbes, creating the materials needed on demand.

While this might seem far-fetched now, the overwhelming potential that this technology could provide for long-term space travel might prove to be worth the investment.

The current goal of this program is trifold and has a current timeline of 18 months. The following tracks are metrics that will be monitored throughout the project.

The technology will require a vast amount of applied research and testing. Still, biomanufacturing can provide the technology to simply build the resources needed for space locally without the need for excessive packing and the complicated logistics of traditional space travel.

Dreaming of developing a robotic workforce for space travel and colonization by 2040, Japan-based company GITAI has successfully conducted a tech demo of their autonomous robotic arm aboard the International Space Station (ISS).

Demonstration of the S1 robotic arm in mock air-lock before final test in space. Video used courtesy of GITAI

The S1 was tasked with two fully autonomous missions while aboard the ISS. The first was an In-Space Assembly (ISA), where the arm was charged with assembling a structure and solar panels; the second was an Intra-Vehicular Activity by operating switches and cables. Both missions were accomplished by the S1, which displayed the feasibility of autonomous robotics in space.

Founded in 2020 with the goal to develop the world's first industrial space center, Varda Space aims to provide a low gravity, dust-free environment in space that can be used for manufacturing purposes. Leveraging their connection with SpaceX, Varda Space Industries launched their first manufacturing satellite in October of 2021 and plan on using the Falcon 9 rocket in 2023 to launch its first spacecraft.

Varda’s first zero-gravity industrial park will be a three-module spacecraft composed of an existing commercial satellite chassis, a central manufacturing platform, and a reentry vehicle that will return the payload to earth. For now, Varda plans on keeping all manufacturing automated, both in an effort to reduce the capital investment in human-rated spacecraft and the associated safety concerns.

There are many possible applications that Varda plans on testing during their initial launches. They plan on developing manufacturing techniques for high-precision computer microchips, fiber-optics, complex pharmaceuticals, and even bio-printed organs, all of which face considerable obstacles stemming from the gravity on Earth's surface.

While their first planned launch in 2023 is far from a full “industrial park,” the proof of concept Varda Space Industries plans to set with the development of novel materials, pharmaceuticals, and even organ manufacturing could create a new purpose for space travel.