Fiber optics is a promising technology for the future of industrial automation. In this article, learn the history, fundamentals, and application of fiber optics.

Optical fiber technology has existed for over a century, but it is only in the last decade that it has begun emerging in industrial automation. The majority of innovations that now comprise the most commonly used protocols and technologies in modern automation can trace their origins to the start of the computer era.

The second half of the 20th century (and even more the first two decades of this century) saw increasingly faster improvements in all areas, leading to the hardware and software platforms and tools for automation that we have today. 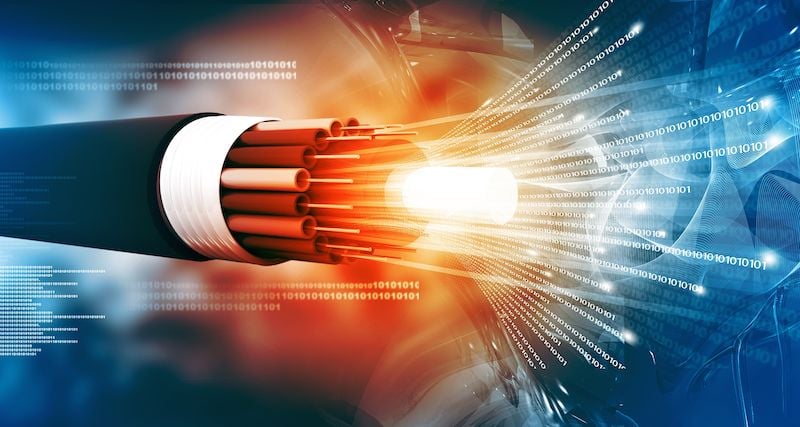 On the other hand, fiber optics started as a series of demonstrative studies on the methods of light refraction. In the second half of the 19th century, before there was any practical application, numerous scientists developed efficient ways of “transporting” light. Then, starting in the 20th century, the first applications of optical fiber emerged in the medical sector, helping with image transmission and precision illumination.

The last two decades have brought improvements to optical fiber physical media, making it not only faster, but also more reliable and cost-effective for automation applications. Simultaneously, as they become more automated, the amount of data handled in many operation facilities has exponentially increased, leading to optical fibers almost becoming a necessity in some cases.

How Does Optical Fiber Work?

Optical fiber transmission speeds can range from 100 Mbit/s to 10 Gbit/s, depending on the cable. The key to achieving these amazing speeds is that data is transmitted using light instead of electronic signals. Scientists who work in this field are dedicated to optimizing light transmission through physical media; in other words, the goal is to minimize losses and attenuation, and approach the speed of light in vacuum.

The core is comprised of many fibers that transmit light—up to 276 in some designs. These fibers are either made of glass or plastic. The cladding completely encloses the core, and its purpose is to minimize light refraction losses. It is made of polymers with very low refractive indexes. The coating, reinforcement, and outer jacket are key to protecting the fibers inside against external elements and providing high durability.

Keep in mind that optical fiber networks are installed under ocean waters, where they must resist water damage and crushing forces.

There are two types of optical fiber cable: multi-mode (MMF) and single-mode (SMF). An MMF cable has a larger core, and light travels slower than with an SMF cable. MMF cables are better suited for “short-range” applications, such as building automation and industrial automation. SMF cables are more expensive but excel at transmitting data reliably over very long distances (e.g., hundreds of kilometers in some cases). SMF cables are preferred in telecommunications. 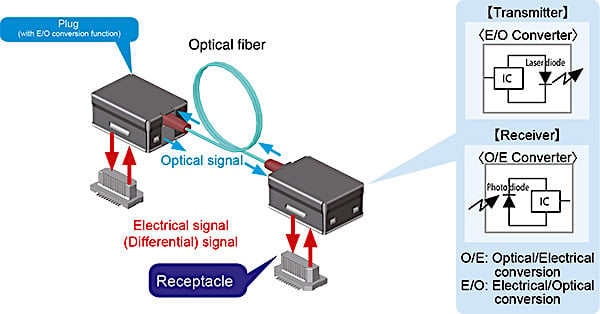 Optical fiber networks must communicate data to devices that work with electronic signals. In other words, at some point, optical signals must be converted to electronic, and vice versa. This is achieved using electrical-to-optical and optical-to-electrical transducers. These devices rely on diodes to transmit and absorb light, which is then converted to an electric signal.

MMF networks have gained popularity in factory automation, not only due to the increased data speed and bandwidths, but also thanks to the ability of the physical media to reliably perform in these environments. Optical fibers are immune to electrical and magnetic interferences. Also, the cable’s multiple protective layers resist high temperatures and other hazardous environments.

The most common application in factories is backbone cabling. With this concept, the vital high-traffic connections between server rooms, manufacturing floor, and front offices are made using optical fiber cables. These backbones must be carefully designed, including considerations for future expansions and data needs. 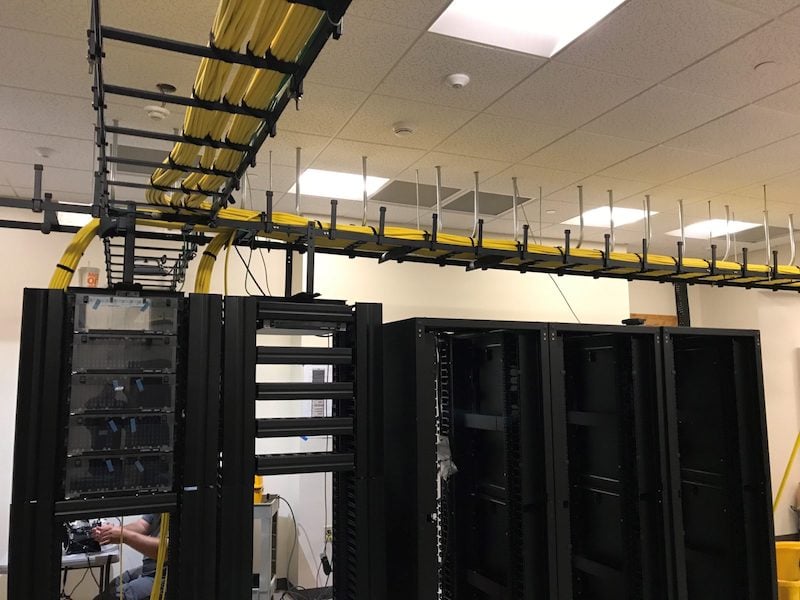 Industry 4.0 and fiber optics are two closely linked terms. It is thought that optical fiber networks will be essential in the near future, as automated systems are nearing the limits of current Ethernet-based physical media. These networks will move beyond backbone cabling and permeate the factory floor, directly interconnecting machines. The future looks very promising for fiber optics, a relatively old concept experiencing a new technological boom.