The Difference Between Office Networks and Industrial Networks

The Difference Between Office Networks and Industrial Networks

Although there are many similarities, there are also vast differences between office networks and industrial networks. Find out what those differences are in this article.

Since their invention 40 years ago, industrial networks have always been quite different from those we see in the office or at home. Although there are many similarities—like a normal car, trucks, and a Formula-1 car have similarities—there are also many differences. A “network used in industry” is not always an “industrial network.”

Differences can be seen in the following.

Office networks consist of individual devices (PCs, laptops, etc.). The network will operate even when one PC is not switched on or nobody is logged on. PCs do not communicate with each other, only with servers, databases, printers, and the like. 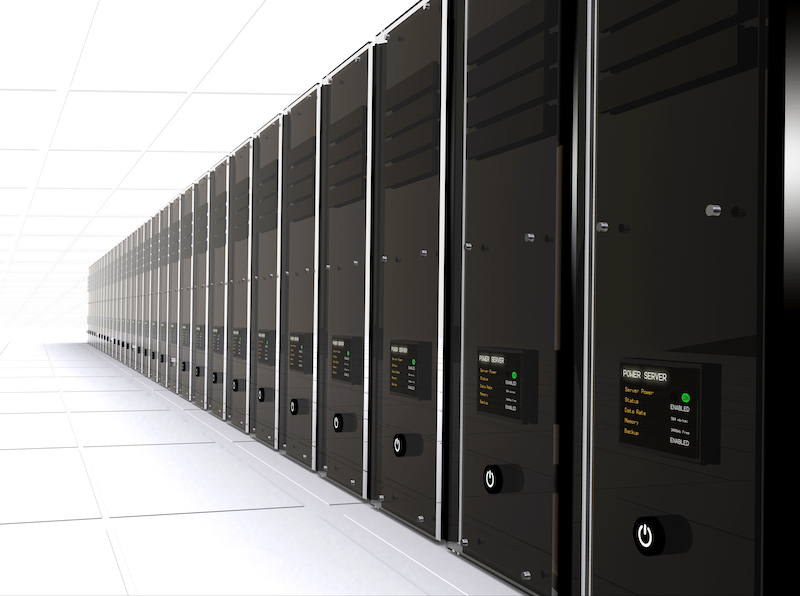 For industrial applications, this is much different. All devices on an industrial network operate together to run a machine, refinery, power plant, or another facility. If one device is missing, the application software often cannot function.

Office networks (Ethernet) are wired according to the “star” topology, with cables terminating at a central switch, like spokes on a bike wheel. In industrial networks, topologies like the “bus,” “daisy chain,” “chicken foot,” or “ring” are common. Each topology has rules that must be followed during installation to ensure proper electrical functioning of the network. 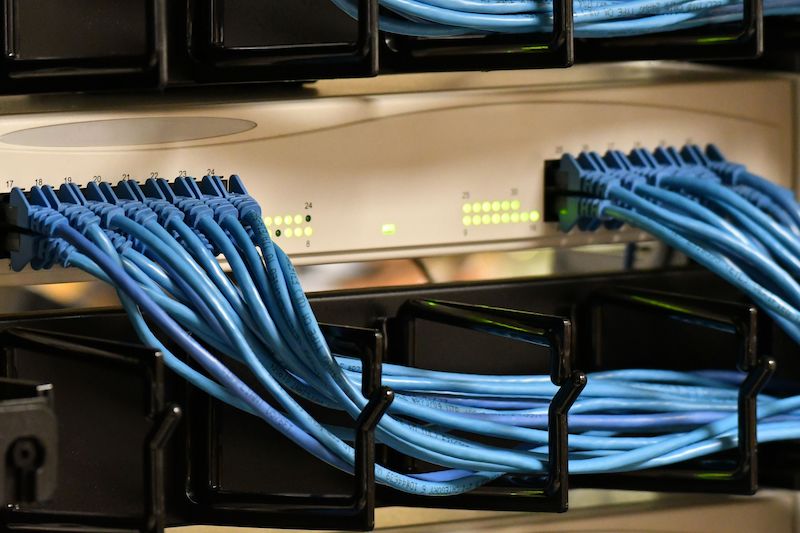 Networks may also have their own requirements for the cable and connectors. It is more complicated than the standard CAT-5E or CAT-6A used in office networks. For example, Profibus/DP requires a different cable than DeviceNet and AS-Interface. Even industrial Ethernet protocols have their own cables: ProfiNet uses a 4-wire cable, with different color coding for the individual wires. An Ethernet expert would not recognize ProfiNet as Ethernet by just looking at the cable and the connector. Additionally, some industrial Ethernet protocols allow for daisy-chaining the network cables, not seen in standard Ethernet since the 1990s.

Industrial networks generally operate at far lower speeds than IT networks. In an office, PCs with a gigabit Ethernet interface are standard. A company backbone may run at 10 Gbit/s or higher; it is not for nothing that Ethernet allows for speeds of 40, 100, 200, and 400 Gbit. The specification for a Terabit version is expected by 2025.

For industrial applications, these speeds are not needed. This can be seen in the older (serial) protocols like Profibus/DP, which can run up to 12 Mbit/s, CAN at 1 Mbit/s, DeviceNet at 500 Kbit/s, and AS-Interface at 166 Kbit/s. Most industrial Ethernet protocols do not go over 100 Mbit/s. This is not technological backwardness but a sign of adaptation to the specific industrial requirements. Some examples of the advantages of running at low speeds are as follows.

Of course, a low network speed is not a purpose in itself. The network must still be able to fulfill the application requirements. I always configure the network to run as slowly as possible, but not too slow.

Programmable logic controllers (PLCs) run applications cyclically. They read all (analog and digital) inputs, process them, and write all outputs. This PLC cycle is repeated every few milliseconds. The industrial network must read/write the inputs and outputs at the same pace (and preferable faster); this is the network cycle-time. 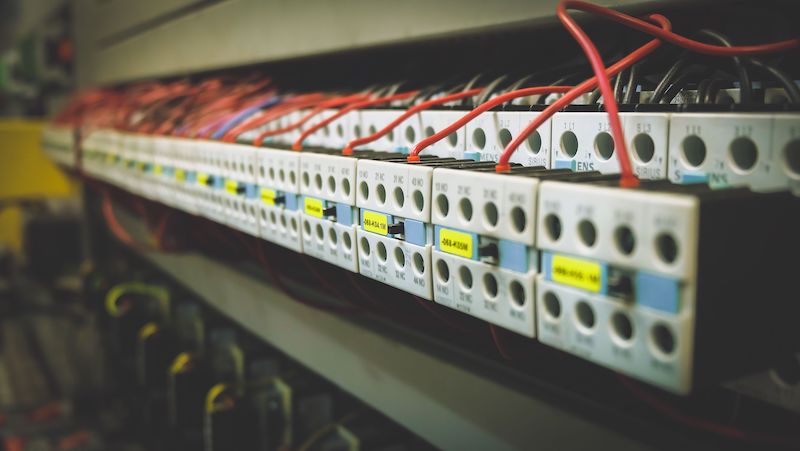 This network cycle-time depends on the number of devices on the network, the amount of data per device, the overhead in network messages, and the speed (bitrate) of the network. Typical for industrial network protocols is that messages usually only contain a few bytes of (I/O) data, and thus the protocols are optimized for this. Office networks, like Ethernet, are optimized for the transfer of large amounts of data.

Ethernet functions are suboptimal when used for transferring network messages with a few bytes of data. For example, a network message with 1 byte I/O data had 83 bytes overhead added. So a raw speed of 1 Gbit/s only brings the application an effective speed of 11.9 Mbit/s. That is why the bitrate of a network doesn’t say much about the effective speed; the application characteristics and software overhead must also be known. This is how many industrial network protocols execute fully in hardware; no software (with associated delays) is needed. Beckhoff’s EtherCAT is an example of a fast industrial network with the support of network cycle rates up to 80kHz.

To guarantee a constant cycle time, industrial network protocols do not allow communication between all devices, or communication at unexpected moments. Less freedom, more guarantees. I call it the “train timetable” networking model. Note that this is completely different from office networks, where everyone can communicate with everyone else at every moment. I call that the “highway” model of networking—full freedom, but sometimes unexpected traffic jams.

In an office network, protocols like TCP/IP go out of their way to ensure reliable communication. However, this is done at the expense of speed. When there is a problem with the communication, repair attempts are made for several minutes. If communication is still not possible, an error is given. You may have noticed this upon downloading a large file: suddenly, the progress bar freezes. Usually, the download continues and completes successfully. But it may also give an error, meaning your download is not complete.

Suppose that in an industrial network, a communication problem occurs. The controller is unaware of this problem for several minutes and/or cannot communicate with certain devices. Imagine what could happen when an industrial controller cannot control its system for several minutes—as a simple example, you slam the brakes in your car, and the car doesn’t respond for 5 seconds.

This why industrial network protocols react to errors very quickly. A protocol may try to re-establish the communication one (a so-called “retry”), or perhaps a few more times, but then gives an error to the application software, who knows best what to do next. For instance, Profibus/DP by default executes one retry, AS-Interface only two. Within a few milliseconds, the controller is informed.

Therefore, TCP/IP is not ideal for control applications. I have seen machines being unresponsive for periods of 12 minutes.

One area where office networks and industrial networks function identically is in the detection of corrupted data. Due to electric disturbances, bad cabling, or aged electronics, a bit transmitted as a 0 received as a 1 (or vice-versa) can occasionally happen. Working with corrupted data is dangerous, which is why every network protocol detects corrupted data. This data is immediately discarded. 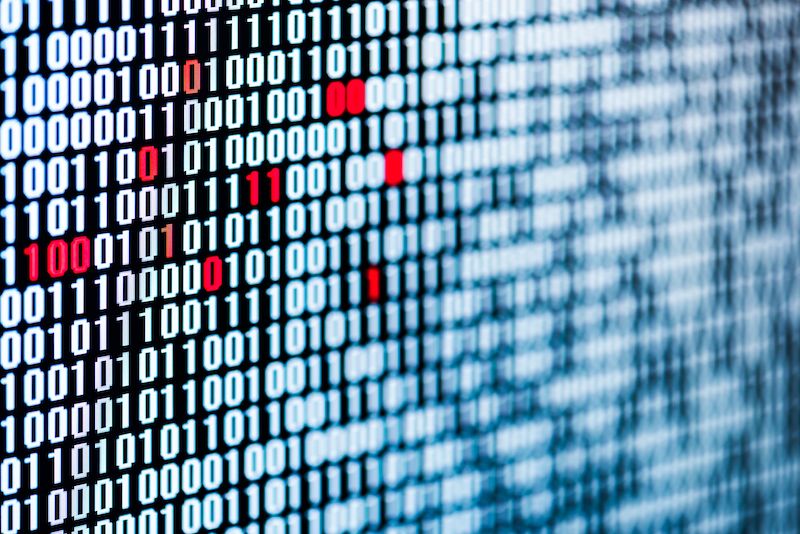 For industrial applications, there are several hundred different network protocols. There have been attempts to have one worldwide standard, like IEC-61158. Unfortunately, this ended up in a standard where every vendor or user group could add their own “profile” in a separate chapter. For end-users, the result is null and void.

Regularly, there are new attempts to revive a world standard, like OPC-UA or Ethernet/TSN, but these will likely fail. Vendors have too high interests in their own network protocols, built-in in all their products. A shift to another protocol, if happening at all, may take decades, so don’t expect any world standard protocol for industrial applications in our lifetime.

Industrial networks differ from office networks in various ways, even though there are many similarities. The application area is different, requiring changes in cabling, operation, speed, and error handling. Another (non-technical) difference is the lack of standardization. Data corruption is detected in every type of network, but requires good quality cabling and installation.