Take a trip down memory lane and go through the different communication systems used throughout the years and learn about the factors that led to where we are today.

Faster data, longer wires, and more information. These are the three goals of digital communication, and nowhere is this more important than within the walls of an industrial facility. Every production and safety system relies on having access to real-life data. In this article, see the evolution of digital protocols through the decades, then try to imagine what communication might look like in future generations!

The earliest control systems relied on the simplicity of switches - open and closed circuits could easily activate load devices like relays and motors. However, as production and processing systems became more complex, it was obvious that a need for more advanced signals between devices was necessary.

A communication system consists of the wires ad connectors between the devices (like an Ethernet cable with its typical clear plastic 8-pin jack at the ends). It also includes the protocol which determines the rules like voltage levels, speeds, and addressing of the devices, or ‘nodes’ along the line. 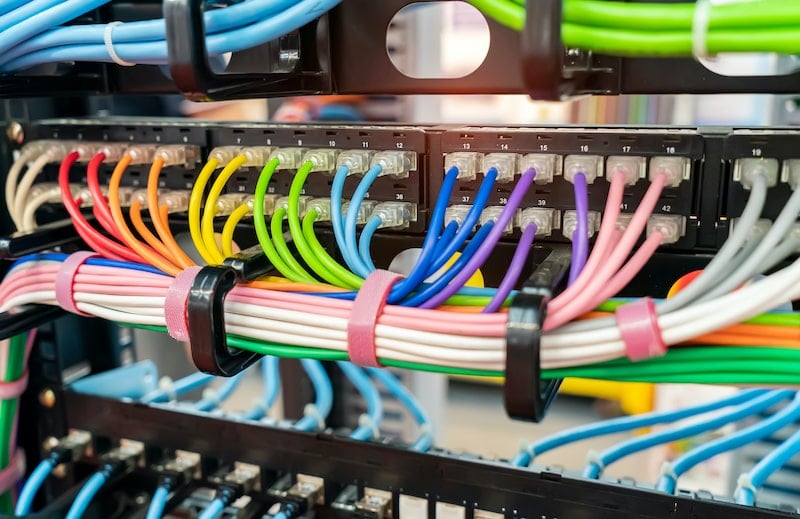 Figure 1. Digital communication requires a series of cables and connectors.

Finally, specific packet data must be considered — the more complex the communication, the more addressing and other information must be transmitted, resulting in longer packets. If you were writing a letter with a lot of information, the letter would naturally be much longer, and it would take longer to write and read. The same is true with digital communications.

Digital communication and digital systems go hand in hand. Starting in the 1940s, let’s look at major milestones that led industrial communications to where they are today.

The invention of the first transistor by Bell Labs in 1947 brought a massive change in the ability to switch signals faster with much lower voltages. 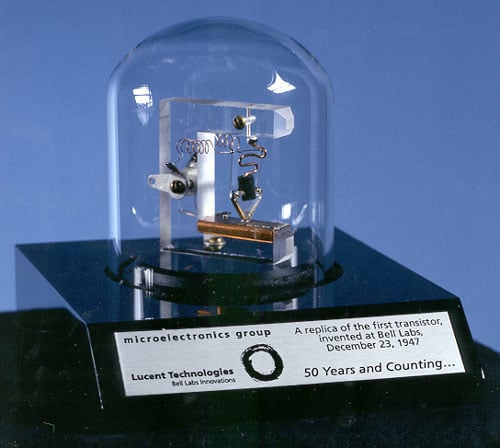 Figure 2. A replica of the transistor invented by Bell Labs.

Now, a rapid change in signals much like morse code may allow two devices to send a complex series of signals faster than even a single signal could have been sent before.

It took a few years into the late 1950s before it was necessary for multiple devices to talk to each other and send signals over a distance. Single runs of standard stranded wires presented some problems, particularly in capacitance, so there were advances in both the software and the cables and wires.

One of the earliest registered standards of communication was RS 232, which is still in use today. This standard was registered in 1960. At the time of the standard, it had commonly accepted maximums of about 50 ft at 20 kilobits per second (kbps). For reference, if you wanted to transfer a 2-gigabyte file over this standard, it would take about 222 hours.

This type of method is called ‘point-to-point’ where only two devices are talking, one at each end of the wire. You are quite likely to find this method used to program PLCs, although most newer models use a USB connection.

RS 232 coming about coincided with important computer advancements as well. These included:

The RS-232 standard wasn’t technically designed for industrial signals. It simply provided a great basis that devices could use.

One of the first PLC brands, Modicon, developed Modbus, a platform that grew in popularity and still exists in a huge number of systems today, although they are often adapted to work alongside more modern protocols.

Modbus was published in 1979 and doesn’t exactly define the physical limits like the RS 232. It simply describes the arrangement in which the data is transmitted (called a ‘frame’). This was an intentional design that allowed the data packets to be sent over a variety of cables using different protocols, like Ethernet.

In 1981, MS-DOS was released bringing about another era of computing.

Everyone recognizes Ethernet as the common standard for accessing ‘the Internet’ with a hard-wired cable. Although this is true in most cases, the actual Ethernet Internet Protocol (IP) is more about the rules and structure of the streams of bits and the connections of the machines, not as much about the wires and cables.

Ethernet cables come in many shapes and sizes. Today, it exists as one of the most common instances of machine-to-machine communication. 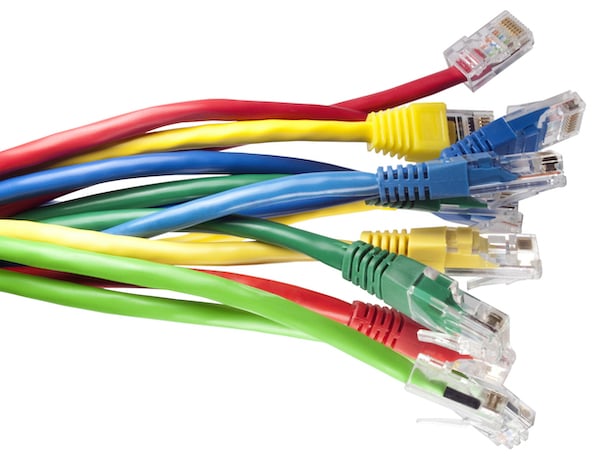 Other standards, like Modbus, are often wrapped into an Ethernet frame, that way the older Modbus equipment can still send its data along to machines in any modern system.

Although it sounds similar to RS 232, this type of communication system is quite a different kind of system altogether. Only a couple of wires (sometimes two or four) are used in twisted pairs to increase speed and length.

Devices are connected along the wire, each with unique addresses. This allows a great number of devices to communicate at higher speeds, even for very simple devices.

During this time, the first Windows 1.0 graphical operating system was released in 1985.

The Controller Area Network, or CAN system is built using the RS485 standard. It works well for connecting many low-level I/O devices or simple controllers over a wide area, with a moderately fast data rate, all without being as complex at an Ethernet structure. For these reasons, it’s been the adopted standard for vehicle engine control systems for many years.

Following the development of the CAN structure, several spurs were developed, and had to be standardized. Fieldbus implementation was developed in 1988, but actually wasn’t published until many years later in a completed format, but this is when it first showed up.

Fieldbus provides the general rules and installation guidance but then points to other systems for exact packet size/structure rules. These include PROFIBUS and ControlNet, among others.

A subset of Fieldbus, this provides the rules for packet structures for many equipment manufacturers using the standard. It’s not quite the same as ProfiNet, which is really just a modified form of Ethernet specifically for industrial use.

Author’s note: It’s been hard to find an exact release date for the first standard for DeviceNet. Leave a comment if you have more information!

DeviceNet is another spur of the CAN bus structure. It also is primarily designed to allow low-level I/O devices to communicate with controllers, so the size of data packets is fairly small. Compared to many of our familiar computer connection methods, DeviceNet is fairly slow, doesn’t allow very many device connections, but is very resilient to interference in a noisy industrial environment.

Universal serial bus (USB) has evolved greatly since the beginning in terms of speed and capabilities. It is often used to program modern PLCs and other devices since it exists on nearly every computer and is supported by nearly every manufacturer.

ControlNet is another subset of Fieldbus, mostly used for connecting networks of controllers, as the name implies. PLCs can connect with HMIs, VFDs, and PCs in this way, but rarely to devices, except in the case of some distributed I/O systems.

The first 802.11 standard was released in 1997, which was the first instance of being able to send data wirelessly, such as Ethernet data. It’s not often used inside industrial facilities due to unreliability around noisy environments, but who knows how long before that weakness will be solved?

Another wireless standard used by many manufacturers, but perhaps limited in industrial applications for the same reason as Wi-Fi. Nevertheless, it is a very popular standard used in millions of consumer devices.