Raspberry Pi is a low-cost, educational single-board computer platform with the potential for industrial applications. In this article, we discuss the purpose of Raspberry Pi as well as its hardware and software.

Raspberry Pi is a platform of low-cost, single-board computers meant to make computer science more accessible worldwide. Similar to the philosophy of the popular open-source Arduino platform, the Raspberry Pi ecosystem strongly emphasizes simplicity and keeps hardware costs low. But it is important to understand the purpose of the Raspberry computers, being a more complete computer solution than microprocessor-based Arduinos, giving them a potential advantage in many industrial applications. 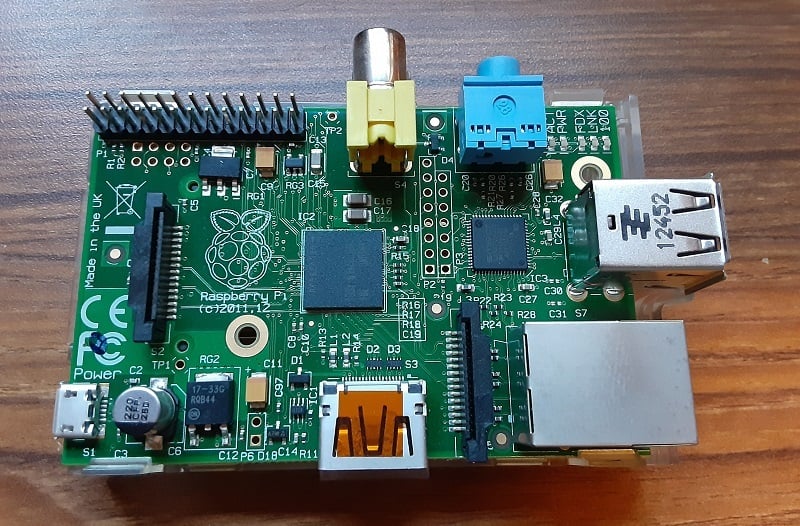 Figure 1. One of its first computers introduced by the Raspberry Pi Foundation, the Model B rev 2, shown in this image.

After several prototypes and working very closely with the Computer Laboratory at the University of Cambridge, the foundation released the first Raspberry Pi computer, the Model B, in 2012. In the next sections, we will review today's hardware and software features that comprise the Raspberry Pi ecosystem.

The first iterations in the classic series were Models A and B. They came with different options of memory capabilities (256 MB or 512 MB), wired and wireless Ethernet connectivity, and the number of USB ports also varied. In subsequent releases, Raspberry Pi 2 and 3 continued to offer the A and B variants while increasing several performance features.

The latest release in the standard series is the Raspberry Pi 4 from 2019. The A variant was dropped for the fourth version, offering only the B and 400 variants. The Raspberry Pi 4 and 400 have almost identical specifications, including a 64-bit ARM Cortex-A72 processor running at 1.5 GHz. In addition, they support Wi-Fi, gigabit Ethernet, Bluetooth, and HDMI with a 4K resolution.

Figure 2. The Raspberry Pi 400 is built into a keyboard. Image used courtesy of Raspberry Pi

The Raspberry Pi standard series also comes with bi-directional GPIO pins to connect external electronic circuits, sensors, LEDs, and virtually any automation component that works within the 3.3 V – 5 V range. Keep in mind that voltage step-downs and step-ups can be used for connecting devices in the 24 V range.

The Raspberry Pi Zero product line is more compact than the standard line, making it a good option for smaller and more discreet devices. There have been four releases of the Raspberry Pi Zero: v1.3, W, WH, and 2W. The Zero 2W model was released in 2021, and it packs a quad-core 64-bit ARM Cortex-A53 processor that runs at 1 GHz and 512 MB of SDRAM. It also has a microSD card slot, a USB port, a camera connector, and a mini HDMI port. These features are mounted on a board 2.6 in long by 1.18 in wide. 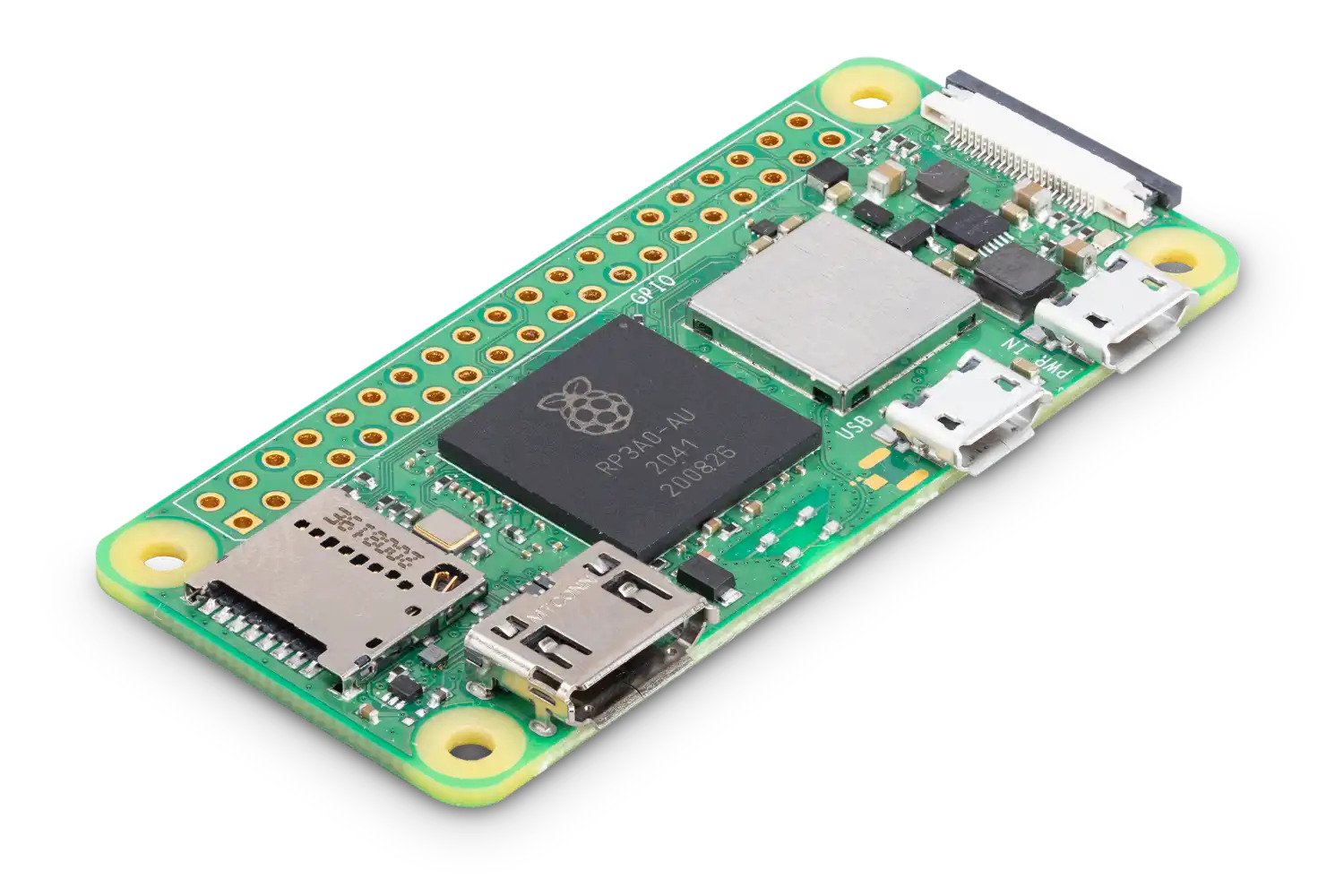 Some gadgets that function with a Raspberry Pi Zero are drones, portable gaming systems, GPS devices, projectors, and security cameras.

The Raspberry Pi Pico line is even smaller than the Zero, but with a dual-core Cortex-M0+ processor running at 133 MHz, it still offers fairly decent performance. It also supports 802.11 n wireless LAN and one USB connection. Surprisingly, it also comes with a 26-pin GPIO module. 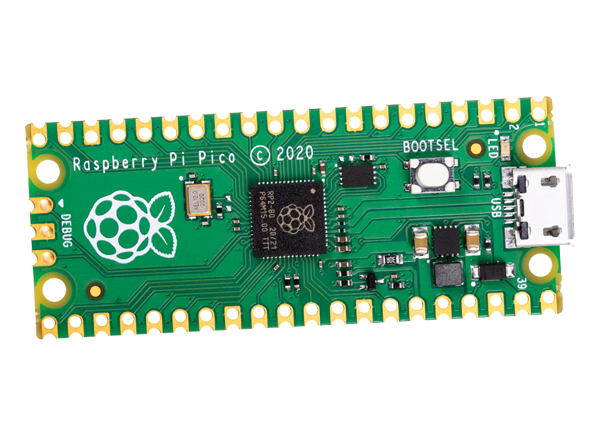 The Raspberry Pi platform is versatile when it comes to Operating System compatibility. It can run Linux, Windows, and the Raspberry Pi OS, formerly Raspbian. The latter is based on Debian, a Linux-based open-source operating system distributed free of charge.

The Raspberry Pi OS runs a simplified desktop interface familiar to Windows users that displays a wallpaper, a taskbar, shortcuts, and an applications menu. However, in true Linux fashion, instructions are given using text-based line commands. Learning Pi OS line commands requires a bit of a learning curve, particularly for users that are only familiar with Windows. However, thanks to its open-source nature, a lot of literature on Pi OS commands can always be found online. 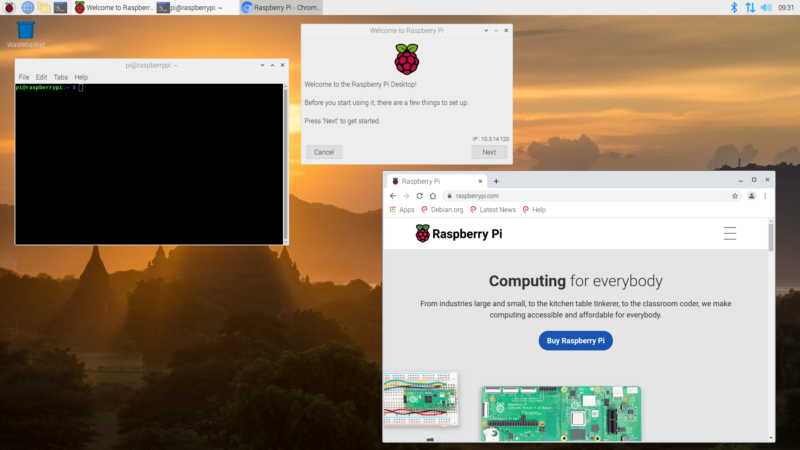 Running a true Windows operating system on a Raspberry Pi is also a powerful option. The compatible version is Windows 10 IoT Core, the same version that many IoT devices in industrial automation are using. This OS will likely open the door for Raspberry Pi computers to enter the industry more successfully than Arduinos.

We’ve covered the history, hardware, and software of Raspberry Pi. In the next article, we will review some of Raspberry Pi devices' most relevant and popular applications in control and automation projects.