Are wired networks really more secure than wireless? Let’s dive into some differences between these two industrial network types.

When designing an industrial system, deciding on communication between control and field components is a meticulous process that involves several factors on each side of the scale to determine the best possible option. The most likely reality is the resulting design will be a mix of wired and wireless communication technologies.

Wired networks came before wireless. Since their introduction and, until recently, wireless networks used to be seen simply as a sort of upgrade from wired connections. However, still today, wired networks predominate over wireless in terms of the installed base across the industry as a whole. This is thanks to the advantages of reduced infrastructure needs and increased flexibility.

On the other hand, wireless is still an emerging technology and is increasingly gaining more of the installed base share. Whether in the long-term wireless completely takes over is a topic of debate among experts. Wireless has its disadvantages, but recent improvements and new standards are trying to solve these, slightly tipping the scale in favor of wireless.

Wired networks are comprised of Ethernet-based devices, and also Fieldbus protocol devices—some of them legacy—are still widely used. Although the most direct comparisons against wireless are drawn in the Ethernet-based domain, it is important to note all the Fieldbus devices out there. Due to their average longevity, it is typically more complex to execute upgrades or replacements. Fieldbus devices might be the last ones to migrate to some form of wireless communication.

Wired Ethernet networks are often suitable for many factory floor control systems. Looking past the initial installation costs, wired networks can provide reliable and secure high-speed communications. Traditionally, wired networks have been seen as more reliable than wireless due to their isolation from outside interference.

Ethernet wires can be shielded to isolate and protect them in areas with high electromagnetic interference. This is not uncommon in many production facilities, where thick power cables, battery chargers, and electrical substations can be sources of disturbance for device communications. 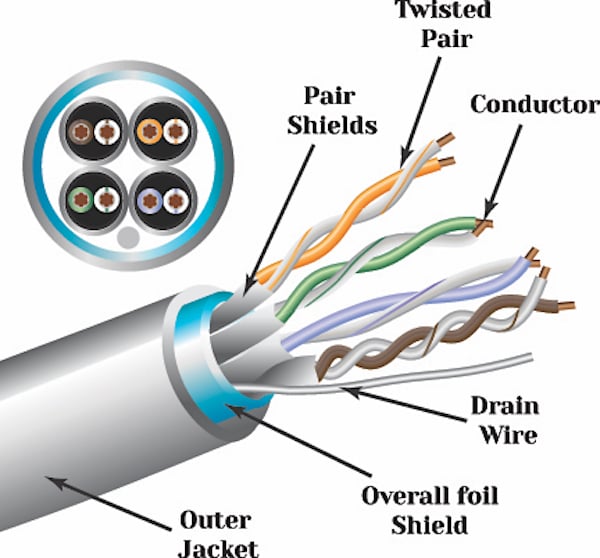 Figure 2. A diagram of a dual-shielded Ethernet cable. Image used courtesy of The Mate Company

Expandability is a design criterion that is often overlooked. More often than not, control systems undergo expansions and retrofits. Consequently, the network itself usually needs to be expanded. In a well-designed wired network, this can be achieved with relative flexibility by integrating more industrial switches, access points, and the corresponding wiring. This, however, remains a disadvantage when comparing against the flexibility given by wireless media. 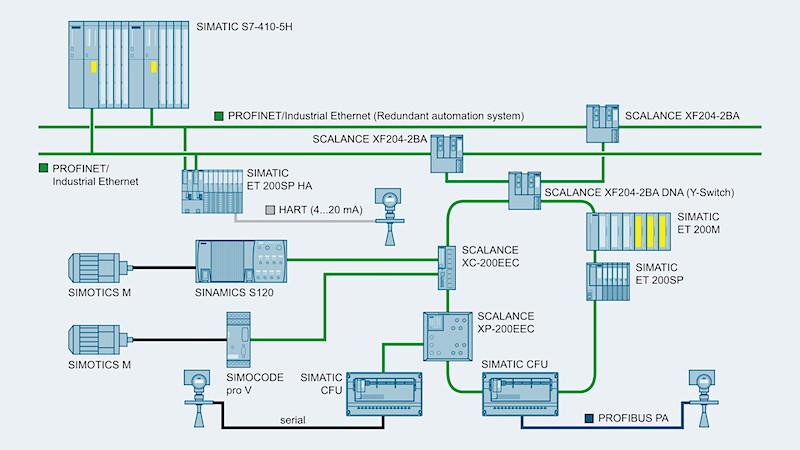 Another important consideration is distance. A single Ethernet cable can have a maximum 100-meter length. Additional hardware can extend the operating distance. For instance, repeaters can be installed at every Ethernet segment to increase the length of that segment. Fiber optic is another medium, which can extend the operating distance up to 2 kilometers.

But, even with optimized repeaters and fiber optic, there is eventually a maximum achievable distance before data loss, or data transfer delays are significant. The system complexity is another factor that will further limit the cable lengths. This greatly hinders the ability to remotely monitor a purely wired network.

Infrastructure costs and cable replacement are no longer the primary reasons for using wireless communications. Two of the most common applications of wireless networks are remote monitoring and asset management. Some of the most practical examples of these applications are in the oil industry. With some of the most hazardous conditions, infrastructure installation is higher and riskier than in most industries. Wireless devices equipped with a battery power supply are normally the first design choice for new remote monitoring needs. 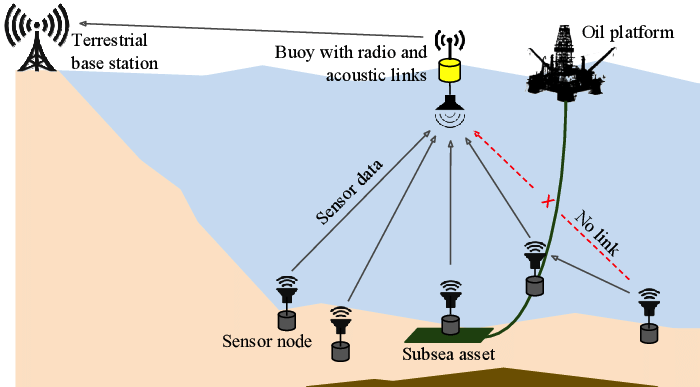 Another important application of wireless networks is in logistics. Mobile applications are highly prevalent in this area. For example, forklift operators frequently use handheld scanners to manage and execute product data flow within a warehouse or a distribution center. Mobile automated systems, such as autonomous mobile robots (AMRs) or laser-guided vehicles (LGVs), predominantly use wireless networks to communicate with central controllers.

Wireless networks are prone to affectations from outside interference. When designing a new wireless network, it is important to consider where these interferences could come from. In addition to electromagnetic interference, areas with high concentrations of metal and machinery can cause problems. Once these are identified, it may be possible to work with a better wireless coverage design with optimal access point distribution.

More recently, technologies, such as Wireless HART, were developed to further the scalability and cost-effectiveness of these networks. The HART protocol (highway addressable remote transducer protocol) is characterized as a self-organizing and self-correcting architecture that increases reliability, even in areas with high interference.

So there you have it. Wired networks still dominate the field, but wireless networks are growing in popularity. However, facilities may stray away from wireless networks due to their openness to security issues. If your facility plans to implement a wireless network, it is imperative to enact cybersecurity protocols to prevent ransomware or other cyber attacks.