How Do Laser Guided Vehicles Work?

How Do Laser Guided Vehicles Work?

In this article, learn the basic principles of laser-guided vehicles (LGV), including navigation and control systems.

An LGV is a subtype of automated guided vehicles (AGV). LGVs are equipped with a laser scanner for positioning and navigation. While laser guidance was first introduced at the end of the 1980s, LGVs today are machines at the forefront of new research and development within industrial automation.

New and increasingly advanced technologies and devices continue to be integrated into LGVs, making them more flexible, robust, and autonomous. 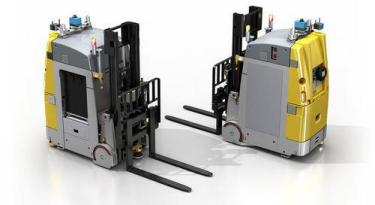 Figure 1. An example of an LGV equipped with forks. Image courtesy of Elettric80.

A two-dimensional laser scanner is mounted atop each LGV, typically centered along the width axis of the vehicle and towards the front control panel. The scanner emits a  modulated laser light, rotating and covering a 360° angle ten or more times per second up to several hundred feet in distance.

Reflective landmarks with known X, Y coordinates are installed at different locations throughout the facility and within the LGV's line of sight. Each of these landmarks,  which can be either flat or round, send a reflection back to the scanner that is then converted to a coordinate reference. By definition, at least three identified reflections are needed at any given time in order for the scanner to determine its location in the system. 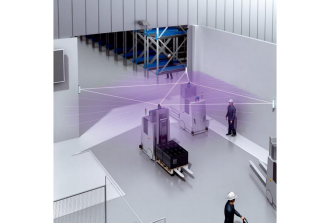 Figure 2. Navigation of an AGV with a laser-supported NAV positioning system. Image courtesy of SICK.

Recent improvements to LiDAR sensor technology essential to autonomous cars are also increasingly being adopted in LGV systems. The latest 2D scanner models from some of the well-known brands are now capable of detecting perimeters and natural contours, in addition to reflector landmarks.

Besides the increased navigation accuracy, this has opened the possibilities to LGVs operating in environments where reflector installation is too costly or not possible at all. For example, automated trailer loading, where it would be expensive and time-consuming to install reflectors inside each truck that enters a factory.

Beyond laser scanners, LGVs rely on other components and inputs to achieve a complete guidance system. One of them is odometry, which is the data provided by encoders and motion sensors attached to the vehicle motor wheel that measures displacement and rotation. Proper calibration of these motion sensors is extremely important for position accuracy. Mounting variations and offsets need to be properly accounted for via this fine-tuning.

For the LGV main controllers, compact industrial PCs (IPC) are the preferred choice among most systems integrators, although there are some applications where traditional PLCs are used.

These IPC’s run on a compact version of the Windows OS, for example, compact embedded (CE) or, more recently, Windows 10 IoT Enterprise. In this environment, the actual machine control is executed by what is commonly  known as a “soft PLC.” 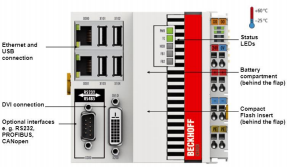 Figure 3. An example of a compact industrial PC from Beckhoff.

The guidance system logic is implemented in the PLC code running in the IPC. In a  simplified model, the inputs from the laser scanner and the odometry are first processed in the CPU using a filter, such as the extended Kalman filter, for calculating the absolute position of the LGV within the layout. Then these inputs are used in the code to plan the next tasks and paths the vehicle will follow. At the end of the planning and tracking analysis, there are outputs to the vehicle actuators, based on the allocated routes.

Figure 4. The key components of the LGV guidance system.

A system of LGVs can be as small as only a couple of vehicles or large and complex with more than one hundred units. The size of the LGV fleet needed in a factory is determined by parameters such as cycle time, production volume, space available,  and complexity of operations.

From an integrated perspective, LGVs as conveyance machines are normally part of and, in a certain way, controlled by higher-level applications such as warehouse management systems (WMS) or management of execution systems (MES).

These applications are responsible for the management of production orders, product information, shipments, consumables, etc. LGVs are given assignments from these applications (pick Product A from Location X and deliver at Location Y) that the vehicles — with their internal logic — then convert to movements and operations.

Many opportunities for IoT implementation are being explored nowadays considering the large amounts of data generated in a fully automated LGV system. The goal here is to further improve traceability and move towards true machine learning for LGVs.

LGVs exist in different sizes and with different attachments such as forks, clamps, or conveyors. The vehicles are normally custom built depending on the type of product to be handled.

It is not uncommon to see different types of LGVs working together within the same facility. The central controller and higher-level applications are configured to know these differences, and based on that, assign the correct tasks to each vehicle.

Some of the industries where LGVs have a large growing presence are food and beverage, tissue and paper, and pharmaceutical.

The Growth of LGVs in Industries

Gradually more industries are considering and evaluating the justification and feasibility of integrating LGVs to their operations. This is a trend that is likely to continue as LGVs further evolve and become more robust and autonomous.

As an example of LGV capabilities, the video below from JPT shows a clamps LGV handling a parent roll of tissue at a paper mill.