An Overview of Laser Sensing

An Overview of Laser Sensing

What is laser sensing, how does it work, and what types of laser sensors exist?

What is Laser Sensing?

Laser stands for light amplification by stimulated emission of radiation.

A laser element emits a high-intensity beam of light with wavelength properties between 150 nm and 1100 nm. This light wave can be used for precise distance measurements.

Laser sensing is a method of optical measurement. It has a wide range of applications for measurement and object detection throughout a wide variety of industries.

How Does Laser Sensing Work?

Sonar and radar technologies have been around for decades. They measure and sense objects by calculating the time between waves emitted and reflected. Laser sensing functions in a very similar fashion. Figure 1. Deconstructed laser sensor with emitter and receiver elements visible on the left and right sides of the green PCB.

The emitter sends laser pulses, and the receiver absorbs the laser pulses reflected from the object. The time difference between when the light was emitted and absorbed by the receiver is recorded. The distance traveled by the laser beam can be calculated by knowing this time, as the speed of light is a known quantity.

The distance is calculated by multiplying time and the speed of light must be halved, as the total distance traveled by laser is twice the measured distance as it is emitted and then reflected. This is the simplest explanation of how laser sensing works.

Minor tweaks are added to these basic laser sensing techniques according to the resolution, accuracy, and precision required. Some of the variations will be covered in the following sections. 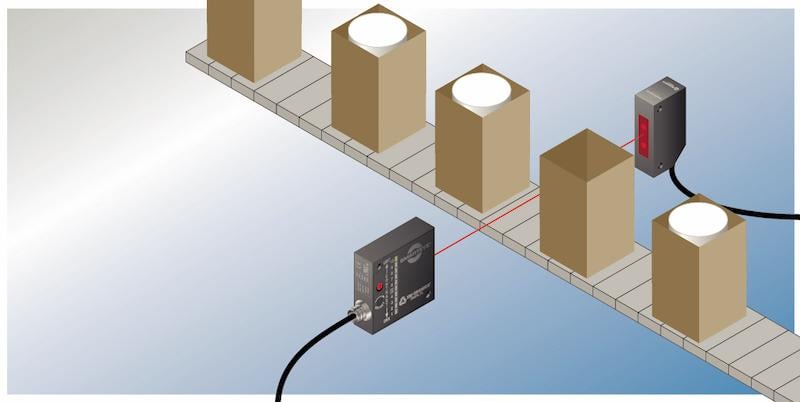 Laser sensors have many applications across many industries. According to the specific application, different names are attributed. Some of the most common applications of laser sensors are discussed in the following sections.

Laser distance sensors are the most basic implementation of laser sensing. It works on the time of flight principle and measures the distance between two points with high precision and resolution. Most frequently, these sensors return a signal to a controller with an analog current or voltage.

Photoelectric sensors generate an electric pulse when the laser or absence is detected. This can detect objects between the emitter and receiver of laser pulses. They can also count objects in a fast-moving production line. Each time the laser beam is cut, one object count has passed through. Since they are designed to detect any object within a close proximity of the sensor, they are often called proximity or ‘prox’ sensors, although lasers are not the only sensors in this category.

Another application is automatic door opening and closing. When the laser is cut, the door can open or close. According to the specific need, this can be implemented in multiple configurations and programmable logic. This variety of sensors produces a discrete high/low output signal, and the detection range is usually adjustable. 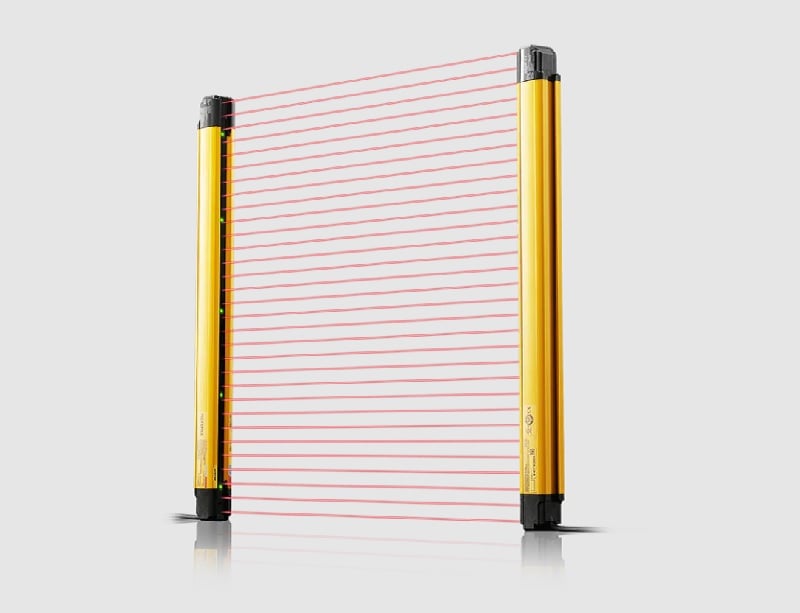 This can sense objects in space and the dimensions of the foreign object. It can also be used for emergency stops and other safety measures.

As the name indicates, the specialization of this kind of laser is detecting the edge of objects. They are primarily used in instances where thin sheets of metal or paper have to be detected or counted.

Laser beams are a popular tool for optical measurement. Laser sensing offers high-resolution measurement and sensing ability for applications in a wide range of industries. The technology is very versatile and can be used in many brilliant ways.

How do you use laser sensing in your control system?