This article discusses motor contractors and how they play an essential role in most robotic cells.

Automated robot cells would not exist without electric motors. They offer the precision and versatility necessary for a cell to function correctly.

Servo motors make the joints on the robotic arms move according to the controller’s input. Different DC and AC motors move conveyors, doors, and an almost unlimited number of other moving parts within an automated cell.

Electric motors run on either DC or AC power. For the motor to be useful, it needs to be turned on and off at the appropriate times. There are different methods and devices to perform this function, the most simple being a motor contactor.

A motor contactor allows current to flow to the motor to turn on and stops the flow of current when it needs to stop running. For more advanced control over a motor, motor drives are often used. Motor drives allow the motor to be run at variable speeds in addition to on and off capabilities.

What is a Motor Contactor?

This article will focus on motors running on AC power as they are the most common in a manufacturing setting. Motor contactors are used in a variety of applications to provide power for electric motors. They fall into one of two categories; motor starters and motor contactors.

Motor contactors are the most basic of the two devices and work by allowing current to the motor based on an electrical signal. Motor starters contain a motor contactor in tandem with an overload relay. 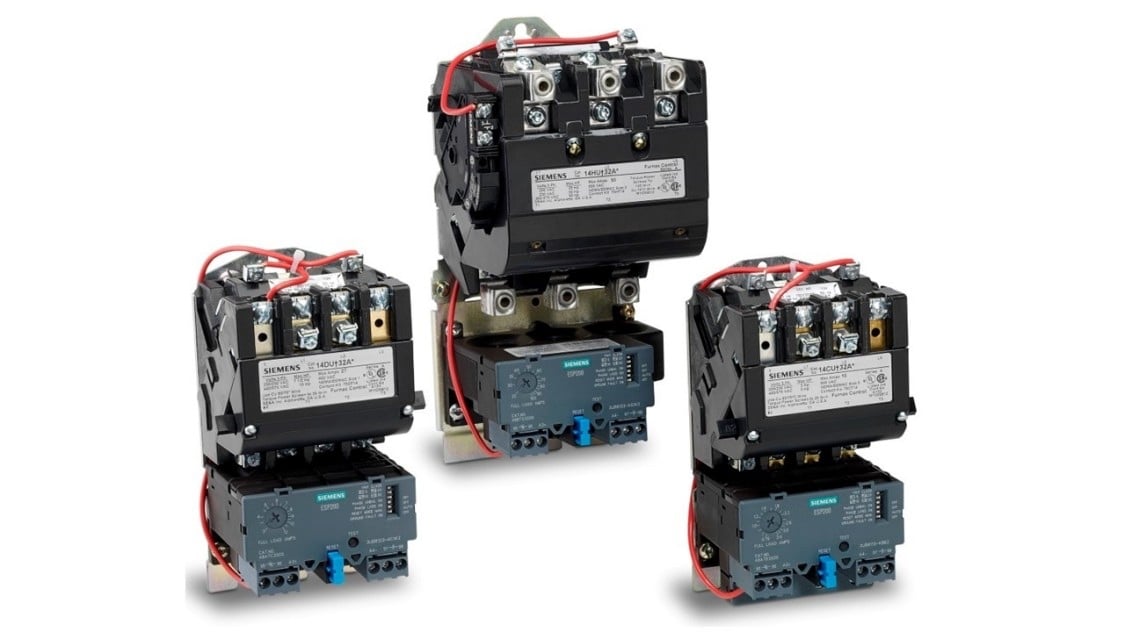 A motor contactor functions similarly to a large relay. A signal is sent from the control panel to the contactor; a magnetic field is created from the signal and used to pull the contactor together and complete the circuit. Once the circuit is complete, current flows to the motor give it the needed power to run.

Motor contactors are the cheapest option for automated motor control. They lack some features that may be important to the overall functionality of the system. Motor contactors can only break or complete a circuit to the motor and do not monitor it.

When the amps climb to a certain level, an overload relay kicks the contactor out of the circuit. Motor starters can save motors from overheating and becoming damaged. Motors can be expensive and challenging to replace, leading to increased downtime and lost production, so in most cases, the extra initial cost is justified.

AC drives perform the same function as a contractor, but with one crucial difference; they can change the motor speed. Variable Frequency Drives change motor speed by altering the frequency of the alternating current. They offer many benefits when compared to a motor starter or contactor.

This helps manufacturers save on energy costs and help to reduce pricing on certain products. 10% of the world’s electrical energy usage could be eliminated if an AC drive was used in all places where one was applicable. The importance of efficient motors speaks for itself; both in terms of cost and environmental impact.

Although drives have a higher initial cost, they can save maintenance costs as the system wears with use. The initial start or stop of electric motors often has a tremendous amount of torque. The highest torque values in an electric motor are at startup when the motor just begins turning. As the motor speeds up, its available torque decreases, which can seem counterintuitive when compared to internal combustion engines. This high initial torque often puts a large amount of stress on the components run by the motor.

Since the supplied amount of electricity is constant and the torque value at startup is high, it is like hammering the system with all the power. Programmable drives allow designers to include a ramp-up time whenever the motor is turned on. This ramp-up time allows the motor to gain speed gradually and greatly reduces the stress on the system. Less stress on the system equates to reduced downtime and fewer mechanical failures.

When it comes to programming, drives can differentiate between successful robotic integration and a seemingly impossible task. In some instances, cells need motors to drive at specific speeds for the process to function as intended.

AC drives create the possibility of customizable motor speeds based on system parameters. This allows for better process control and produces a more customizable automated cell. With an AC drive, each product can have its own motor control functions that work best.

Some products may take faster motor speeds, and other products may work best with lower motor speeds, both of which are possible without completely rewiring the system. It also creates the possibility of adjustable motor speed for different manufacturing rates, conveyors can change their feed rate based on the plant’s current production.

Motor contactors and variable frequency drives play an essential role in most robotic cells. They are often used to drive conveyors and other electric motors in the system. The application of an electronic motor determines what type of device should be used for optimum functionality. 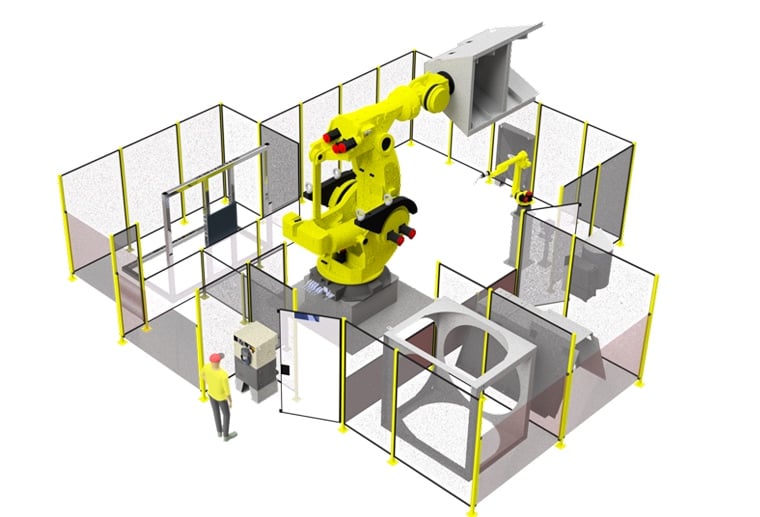 A robot working in a robotic cell. Image courtesy of Acieta.

For applications involving something simple like a product conveyor, that only needs to turn on and off, and a motor contactor/starter will work fine. More complex motor control will need to be taken care of with the help of an AC drive.

Cost is often a big determinant in whether a drive or a contractor is used. Although drives cost more initially they are often more economical in terms of potential downtime and energy use. Contactors are the simplest of all motor control systems but do not protect motors from overload issues.

To protect a motor during an overload situation, a drive or motor starter is necessary to protect expensive motors from damage. When designing a cell, it is best to look at each device's pros and cons before making a final determination on what is best for the overall functionality of the cell.