This article looks at some common windings and wirings for three-phase motors, including internal Wye windings and low and high voltage wirings.

Three-phase motors will almost always have a bundle of wires coming out the side, meant for connections to both incoming line power as well as establishing connections between windings. However, there is much more to the story than simply connecting wires - there are both high and low voltage, as well as both Wye and Delta internal connections. Not only that, but there are many different numbers of wires in each of these motor categories. 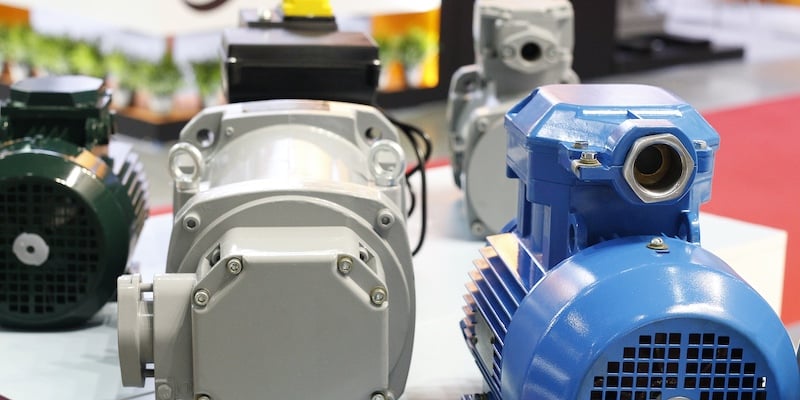 There is a wide variety that exists in the manufacturing of three-phase motors that drive heavy industrial loads. It would not be correct to say that one type of motor is superior, otherwise, that’s the only kind of motor that would exist. Instead, we see a few different motor types, often indicated by the wires and the data plate on the side.

The variety of motors is typically most obvious in the number of wires requiring connections. For the electrician, nothing is more important than understanding which wires should be connected to the incoming voltage lines for proper operation.

The most common type of three-phase motor is that which has nine labeled (and often colored) wires coming out of the box on the side. There are many motors with more or fewer wires, but nine is the most common.

These nine-wire motors may be internally connected with either a Wye (star) or a Delta configuration, established by the manufacturer. Both have different purposes, but fortunately, they can usually be used interchangeably.

Regardless of the internal type of wiring, these motors can be connected to either a Wye or Delta supply - the supply and the motor are two entirely different subjects.

For those standard nine-wire motors that have internal Wye connections from the factory, a mental image of the winding arrangement may provide some insight for the reason behind making certain connections.

For these motors, there will be an indicator on the data plate of two different wiring scenarios - one for low voltage (208-240) and another for high voltage (480).

Figure 1. The internal arrangement of a Wye-wound three-phase motor with nine leads. Those nine leads provide an option for supplying power from either high or low voltage sources.

For the low voltage option, the instructions show to connect the following:

For high voltage, the wiring changes:

Internally, there are 6 distinct wound coils, distributed equally around the outside of the rotor. The main purpose of the wiring is to ensure that the coils on opposite sides of the rotor are energized equally at any time.

When the supply voltage is lower, the total resistance of the load must also be lower in order to generate the same output power. As long as the resistance stays equal, then an equal application of voltage should then also yield an equal output power for each winding. According to Watt’s Law:

Since the voltage is squared, doubling that voltage from a low (240) to a high (480) source would require a 4x increase in resistance to maintain an equal output power.

In order to achieve this lower resistance, the ideal configuration would be a parallel network. This is accomplished by creating a second small bonded Wye set of coils in the motor. Both of these small parallel Wye’s will be supplied with an incoming line lead. 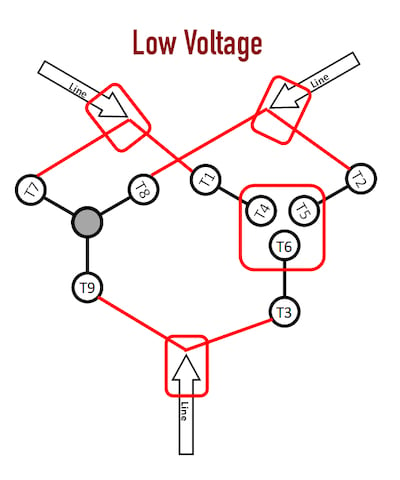 Figure 2. The connections required for Low-Voltage wiring of a Wye-wound motor.

This image shows the representation of those two small Wye shapes by first bonding T leads 4-5-6, then by connecting T4 and T7 to a Line, as well as T5 and T8, then T6 and T9 each to Line leads as well.

For a 240-volt input, each of the windings will drop 120 volts, since there are two windings in series in each path.

For high voltage, the total resistance must be 4x higher than for low voltage in order to maintain the rated output power.

The image representation of this wiring scheme is easier to visualize. The original wiring diagram showed the proper arrangement of windings to create a larger Wye system in which there are four equal windings between any two leads. 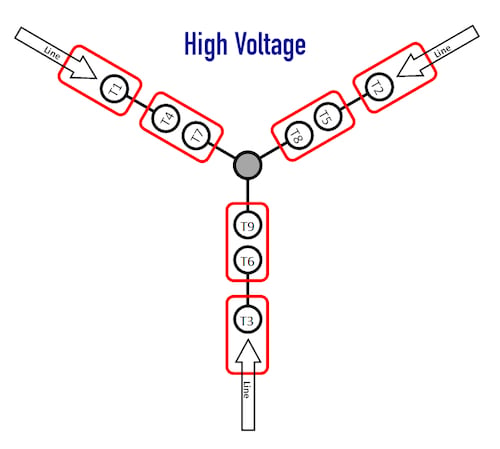 Figure 3. The connections required for High-Voltage wiring of a Wye-wound motor.

In this wiring setup, there are 4 windings in series between any two Line leads. Compare this to the low voltage. From Line 1 to Line 2, the current only has one path through T1, T4, T7, T8, T5, and T2 back to Line. This gives a resistance equal to 4x the value of one single winding.

Again, comparing the power to the low voltage, if the input voltage is 480 volts, each of the 4 series windings will drop 120 volts. This is the same voltage, and therefore power, as the low voltage scheme.