Motors drive all sorts of processes in a facility. Depending on the application, which motor starter is best suited for your needs?

An industrial motor starter is a device that facilitates the required power for a three-phase induction motor to start. Any electrical motor will draw the most current (five to six times nominal current) when the motor is stalled. During the starting phase, the motor is stalled when power has been applied, and the motor is just about to turn.

In theory, it sounds simple, but there are many different ways in which a designer or engineer can start and protect an alternating current (AC) induction motor. Some ways are more efficient than others. 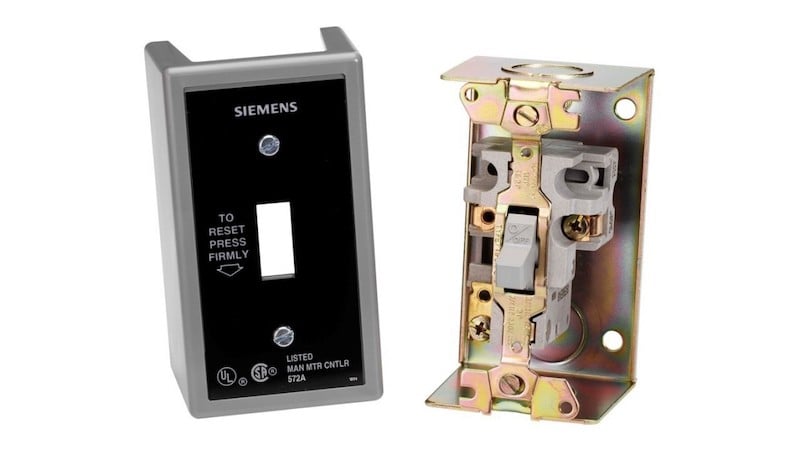 On a basic level, a motor starter will allow current that exceeds the circuit breaker or fuse rating for a short period, until the motor is spinning at a nominal rate. The starter can also allow the motor to be started in the reverse direction.

Manual: A manual starter is the most basic starter. It is essentially a switch with overload protection. This starter style is only used on lower horsepower motors and only with motors that are not physically restricted when starting. A motor that drives a flywheel, for example, would not use a manual starter, but a pump could use one.

Reversing: A reversing style starter uses two contactors in parallel to change the phases so that the motor will run in reverse. Again, a small voltage signal from a control system will trigger the motor’s clockwise or counterclockwise direction. 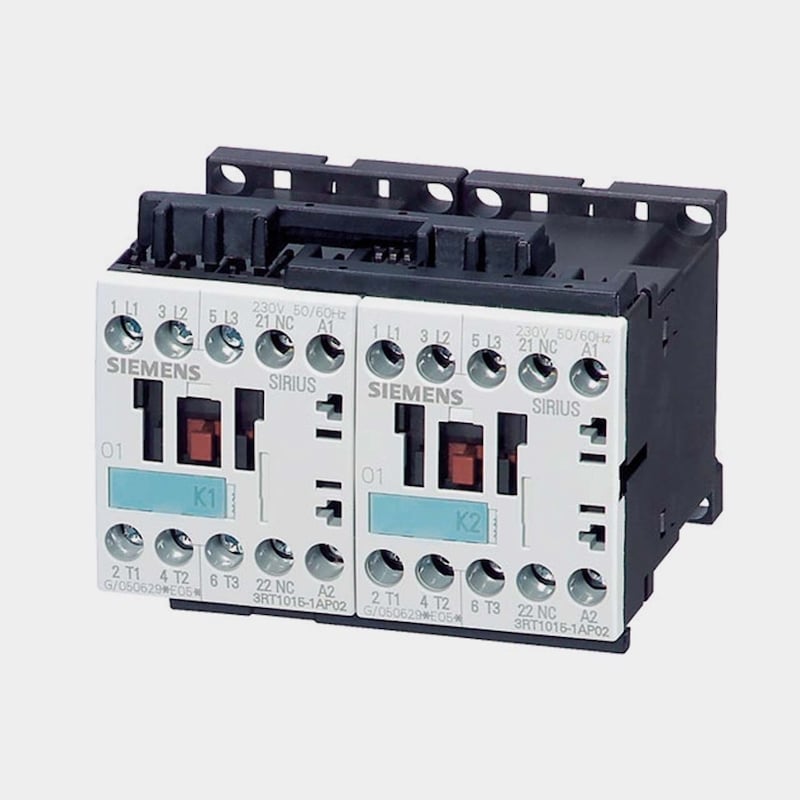 Soft: A soft starter reduces the voltage, which reduces the current draw from the motor during start-up. Auto transforming and Start-Delta are variations of soft starters. These starters use transformers or dynamic wiring configurations to reduce the voltage in the three-phase system until the motor reaches 80–90% full voltage.

Modern-day soft starters use solid-state electronics, such as TRIACs, to reduce the voltage during start-up. While the old-fashioned soft starters are still in use today, the solid-state versions allow for more flexibility with sizing and are less complicated to install.

Variable frequency: Using a variable frequency drive (VFD) to start a motor is likely the most efficient way, because of how a motor works. The magnetic strength is directionally proportional to the voltage divided by the frequency.

And, the speed of a motor is proportional to the frequency divided by the number of magnetic poles.

These equations tell us that as the voltage frequency decreases, so does the speed, but the magnetic field strength increases. By starting at a lower frequency, we can decrease the amount of current required to start the motor. Most of the other older soft starters use resistance or transformers to lower the voltage. This method converts the excess voltage into heat.

Combination: A combination starter typically houses not only the starter components but also a circuit protection device, fuse or circuit breaker, and the overload device. This style of starter is a great way to save some space in the electrical cabinet.

Figure 3. A diagram of how an automatic inverter works. Image used courtesy of OMRON

Considerations When Selecting a Motor Starter

When selecting a motor starter, look at the application. Is the motor constantly running at a fixed speed? Will there be multiple starts and stops of the motor? Do you need to change the speed or have the motor run at a reduced speed?

If the motor is driving a conveyor belt, you wouldn’t want to start the motor at full speed, as the products on the belt may slip and could be damaged. Typically, offload conveyor systems would use a VFD-style starter. This way, the startup speed can be controlled, and the belt can be easily stopped.

Efficiency also plays a factor. Large cooling fans do not require a reduced speed starter, but they benefit from starting at a reduced speed, as the motor will not draw as much current as starting under full load.

Some factories are even replacing old motor starters with modern speed-reducing starters to help reduce carbon emissions. The size of the motor also plays an important role in selecting the starter. Some larger motors cannot use magnet starters; these larger motors require a soft starter or autotransformer starter. Whichever starter you choose, try to ensure efficiency is the highest priority to help reduce carbon emissions.