Weed control is typically performed either manually, by pulling weeds, or chemically, by spraying crops. Recently, a new alternative has entered the market: lasers towed behind a tractor!

Since 2018, Carbon Robotics, based in Seattle, WA, has been addressing one of the most boring tasks of gardening and farming - weed control. They combine knowledge of agriculture with artificial intelligence (AI) to create tools to selectively destroy weeds without harming the desirable crops. Their development team consists of computer scientists, automation experts, mechanical engineers, and other professionals to develop smarter weeding systems.

Recently, they have announced the newest version of their product line behind the autonomous LaserWeeder self-driving machine. This new Implement LaserWeeder identifies, targets, and burns away weeds, all while being pulled behind a tractor.

The 2022 Implement LaserWeeder’s design was based on suggestions by the agricultural community, improving upon a previous self-driving LaserWeeder. While the previous version was highly successful, the feedback from many farmers was that it could be improved by towing it behind tractors using existing standards. 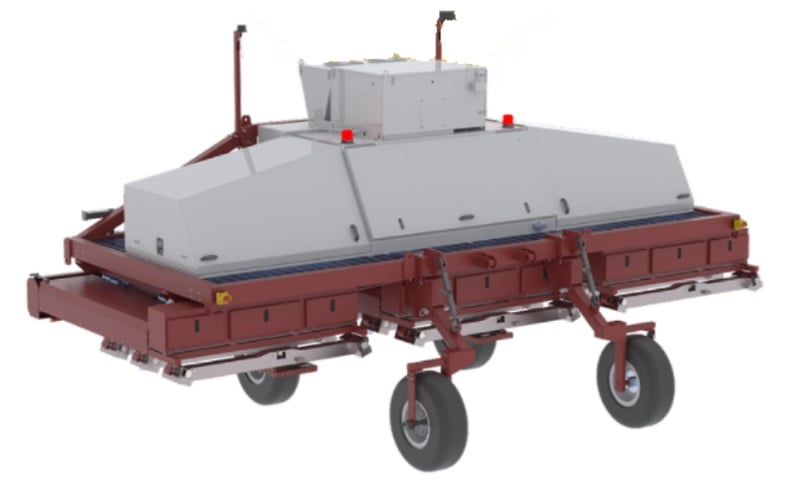 Why lasers? There is a massive demand for organic food based on health, environmental, and social concerns. Organic crops cannot be sprayed with chemicals and still maintain their organic status. Chemical herbicides can appear in produce at the grocery store or simply wash off of plants during rain showers, causing contamination in the drinking water sources. While the effects of herbicides are debated heavily, the bottom line is that organic produce requires an absence of chemicals.

Mechanical methods are labor-intensive, even when performed by a machine. Mechanical weeders often rely on tilling between rows of crops, which does nothing to remove the weeds in the rows. Furthermore, tilling between rows tends to dry out the soil, meaning more water is required. It can also increase erosion, as the dry soil is much more likely to blow away. Without a machine, many farmhands are required to weed even a medium-sized field, which can cost a fortune in time and wages.

For the organic farmer, chemical methods are not possible. The mechanical methods, particularly in the huge, often-dry farms of the Great Plains, are labor and cost-prohibitive and are not sustainable. The time was ripe for a new method of weeding.

The LaserWeeder consists of 30 carbon dioxide (CO2) lasers, each with a power rating of 150 watts, built into a frame designed to be towed by any farm tractor with a three-point hitch. The 30 lasers can cover up to three crop rows (approximately 20 feet wide), with row spacing from 60 inches to 84 inches. These precision lasers can target even tiny weeds with millimeter precision, increasing the effectiveness and reducing the fire risk, which may be heightened during dry growing seasons.

In terms of processing time, the LaserWeeder is capable of weeding approximately two acres an hour, equipped with lasers that can fire on an order of 20 times per second. 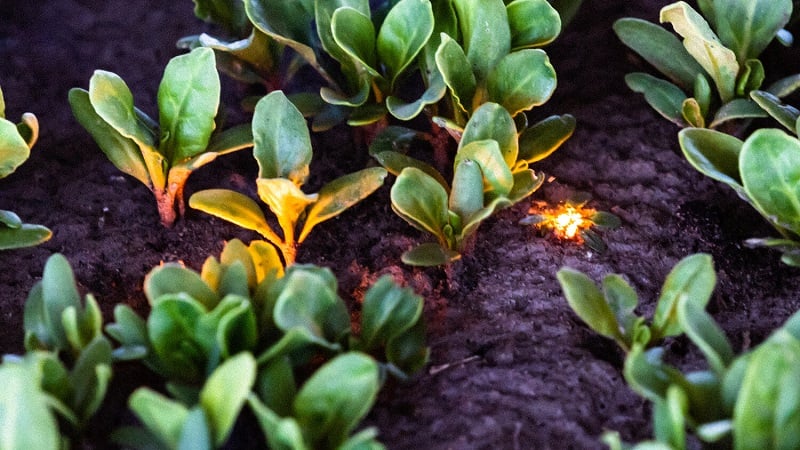 The real genius of the LaserWeeder is its method for detecting and distinguishing crops versus weeds. Instead of using a complicated vision system, it uses thermal energy signatures given off by all living beings. The farmer selects the desirable crop from a touchscreen in the cab of their tractor, and then they raster through the rows. The LaserWeeder does the rest.

The Future of Farming

The current batch of LaserWeeders has already sold out, and Carbon Robotics is taking orders for 2023. Many well-known medium scale organic farms have already purchased theirs or are on the waiting list, testifying to its market success. With Carbon Robotics’ history of listening to the concerns of farmers, the future of weeding products will only improve.