Danish robot manufacturer, Kassow Robots, has been acquired by automation giant Bosch Rexroth, provided it passes anti-trust approval. While the details of the acquisition have not been made public at this time, the end result is that Bosch Rexroth will have expanded its holdings and capabilities further into the cobot market, by adding Kassow’s 7-axis robot lineup to the catalog.

Kassow Robots has been building collaborative robots (cobots) since their debut at the Automatica Fair in Germany back in 2018. They specialize in lightweight, easy-to-use cobots designed to address worker shortages and automate mundane, repetitive tasks, such as picking, machine tending, inspection, injection molding, and others. One of their primary lines is the 7-axis robot, which has sold in triple-digit volumes so far. Their robots are strong for their size, one model offering a payload capacity of 18 kg (nearly 40 lbs) at a reach of 1000 mm. They are designed to fit into the tightest of spaces, due to the 7 axes available for motion. 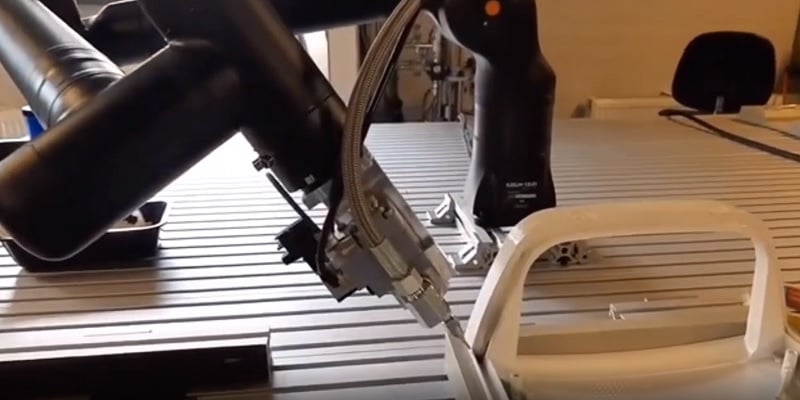 Bosch Rexroth is a well-known, well-respected industry leader in the automation world. Their devices have been used in virtually all industries, including everything from semiconductors and pharmaceuticals to construction and recycling. They produce controls, drives, gearboxes, software, molding equipment, welders, fastener tighteners, and many other components used in robotics. About the acquisition, Dr. Marc Wucherer, member of the executive board said, “Collaborative industrial robots are another important building block for the versatile Factory of the Future.” He elaborates, “There is a huge demand for flexible robotic systems. In the coming years, the market for cobots is expected to grow by 15-20% each year. We want to take advantage of this potential and expand our portfolio with collaborative robots from Kassow.”

In general, the more axes of motion, the more versatile the robot. To understand the motion along the axes, consider the coordinate plane in three-space, with an x, y, and z direction. A three-axis robot can move along each of these axes, in both positive and negative directions. Four, five and six-axis robots are very common right now, where each of these adds rotation along an axis. The industry standard six-axis can move in x,y, and z, as well as rotate the tool virtually without limitation around x, y, and z, which makes possible many three-dimensional designs. 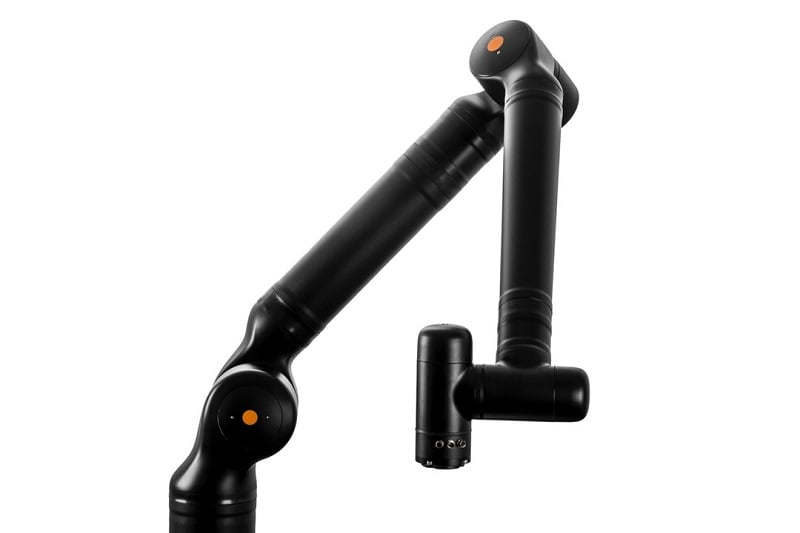 Kassow Robots has developed a 7-axis robot, capable of all of the 6-axis motion well-known to the industrial robot world, but also adding a 7th axis. The 7th axis is located between the base and elbow joint (visible just above the center of the previous figure), a degree of freedom which is usually missing in 6-axis industrial models. This allows for more flexible and precise navigation, well-suited for avoiding obstacles in machine tending operations, and following complex paths for pick-and-place, welding, and adhesive application tasks.

Kassow also includes a standardized tool holding plate, providing for custom grippers to manipulate a workpiece, reposition it, clamp it, and begin work again. The flexible 7th axis is particularly useful for complex pieces that require machining in multiple places. As any machinist knows, repositioning the part by hand is avoided whenever possible to avoid losing the coordinate system for future operations. With the 7-axis robot, computer control handles the positioning and reclamping operations to ensure that the coordinate system is maintained throughout the entire machining process.

The acquisition of Kassow Robots by Bosch Rexroth will add to Bosch Rexroth’s catalog, and will open up new markets for Kassow’s cobots. The 7-axis robot, through Bosch Rexroth’s marketing channels will likely see many new applications in the coming years.