SFCs are commonly used and easier to represent in scenarios where there are multiple states of operations.  SFC programming’s advantage is its ability to help the engineer break down large and complex processes into smaller pieces that are easy to understand.

How Do SFC Programming Languages Work?

An example of this sequential connection can be seen in the operation of a washing machine. When a program is selected on the washing machine, it has multiple steps that come one after the other. When one step is over, the next automatically begins. The terms ‘steps’ and ‘state’ represent the same concept in SFC programming.

In SFC programming, states or steps are represented by rectangular boxes. A vertical straight line connects the different steps, and each step has a corresponding output. There is a transition condition between steps. Figure 1 below shows the general diagram for the sequential function chart. 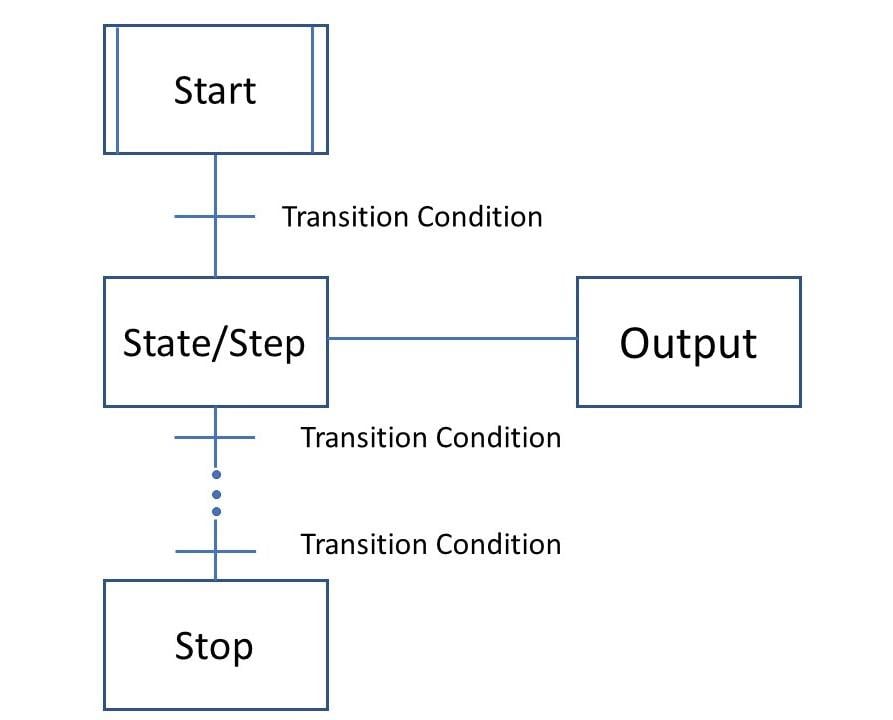 Figure 1. SFC diagram that shows the seperate steps that are seqentially connected.

After a step is completed, the process moves on to the next state only if the transition condition(s) is also satisfied.

Each of the states also has corresponding outputs. Outputs are represented as rectangular boxes linked horizontally to their respective state.

Two conditions must be followed for every SFC:

Every SFC can be represented by an equivalent ladder logic. Figure 2 shows an example. 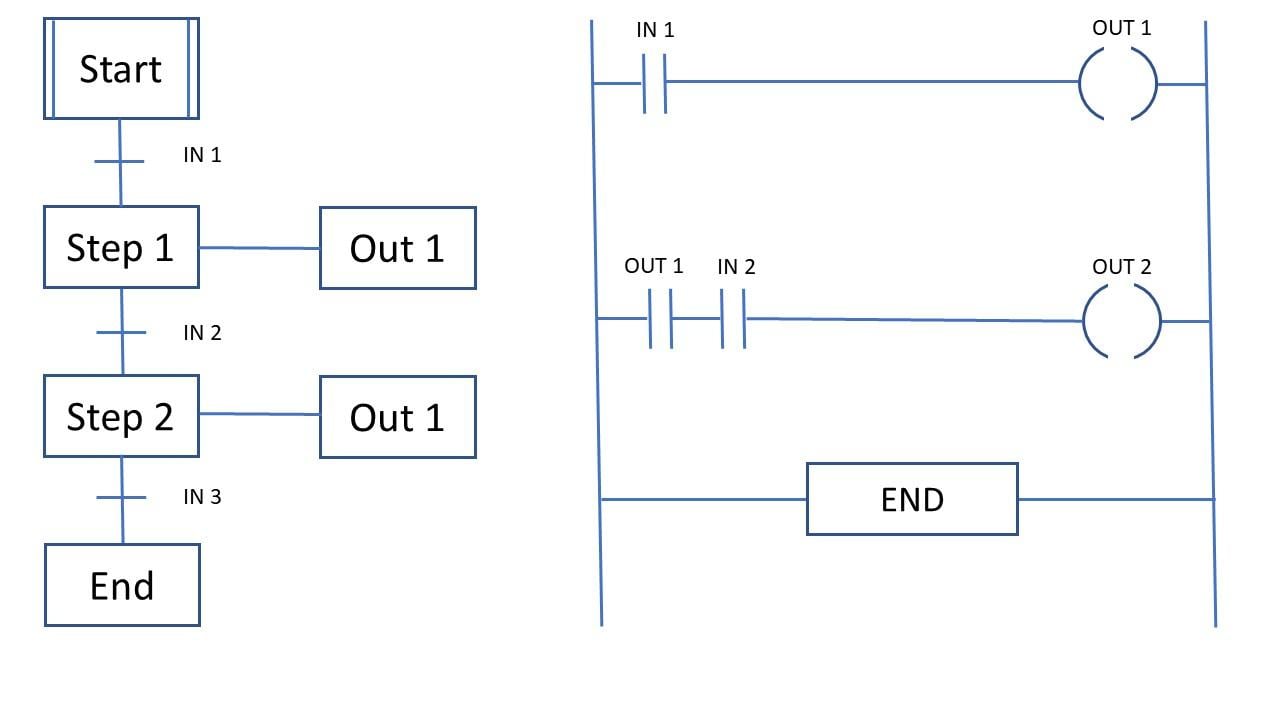 SFCs can be summed as a combination of:

Think of the vertical lines between steps as paths from the previous state to the next state. SFC allows branching of the paths in two ways: selective and parallel. The difference between them lies in the placement of transition conditions.

Once the OUT 0 is realized and the transition condition (IN 1) is met, all three steps (Step 1, Step 2, and Step 3) initiate.

Unlike parallel branching, here not all the subsequent steps initiate simultaneously.

Similar to branching, there is also convergence possible in SFC programming. When two or more branches have a common subsequent step, it is convergence.

Figure 6. Simultaneous convergence in SFC and its equivalent ladder diagram.

This is an overview of the basic structure of SFCs. With this knowledge, ladder logic diagrams can be converted to sequential function charts ad vice versa. Similar conversions can be done with Functional Block Diagrams (FBD), Instruction Lists (IL), and Structured Text (ST).