Introduction and Common Uses for Distance and Proximity Sensors

Introduction and Common Uses for Distance and Proximity Sensors

This article provides an introduction to proximity and distance sensors and common uses for them.

Distance and proximity sensors are used to give feedback to an automated system via electronic signals. They encompass a broad spectrum of sensors that use a range of technology to relay information based on the position of different moving parts in a system.

What is a Distance/Proximity Sensor?

There are many different types of proximity and distance sensors: infrared, ultrasonic, laser and inductive, to name a few.

Proximity sensors are used to tell if an object is within the sensing zone of the signal. They give either a positive or a negative signal to the system controller, whether that be a robot or a PLC.

A distance sensor is commonly used in industrial automation for applications where a range of positions need to be detected between moving parts in a system. Their input information can be sent to a PLC or a robot, depending on the application.

The signal is sent either digitally or through an analog input. Distance sensors all work by sending a signal of some sort to be bounced off an object and received by the sensor. These sensors then use the data to send accurate information to the controller.

Proximity sensors are used in many different applications. They tell the controller when something has changed in the system by analyzing whether an object is within their sensing zone or not. Some sensors have a set zone that can not be changed, so the location of the sensor is used to determine the zone. 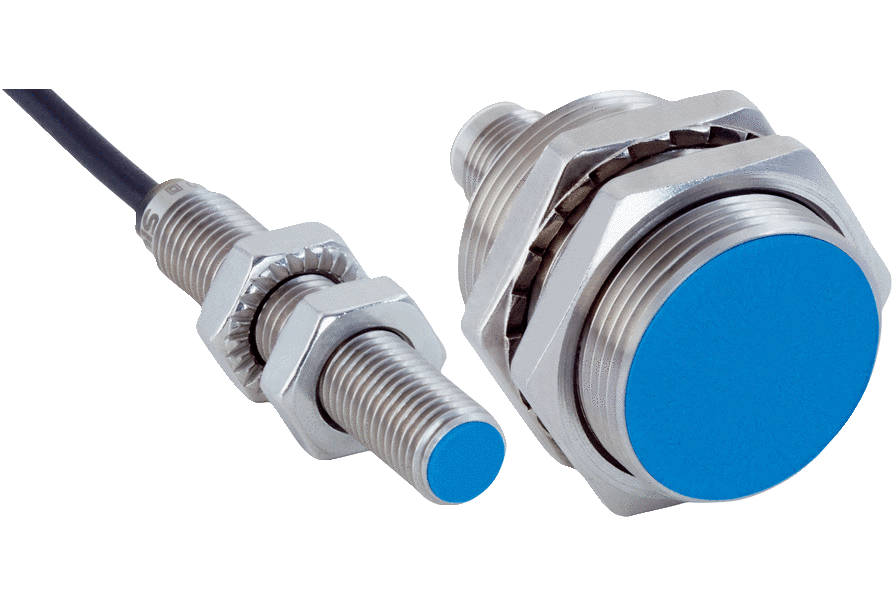 Other proximity sensors can be adjusted programmatically within a certain zone. The design of the system determines which sensor is needed for each application.

A common use of sensors without programmable adjustment is sensing pneumatic cylinder stroke position. The type of sensors used are generally electromagnet sensors in combination with aluminum air cylinders. Aluminum is nonferrous and the piston inside the cylinder can be made magnetic, allowing for an accurate reading of the piston position.

When the piston is within range of the sensor, it switches states. The sensors are mounted to the outside of the cylinder and can be adjusted to read the piston anywhere in the stroke of motion. The most common configuration is with a sensor at the top and bottom of a cylinder. This tells the controller when the cylinder is at the top of its stroke or the bottom of its stroke. Cylinder information can be vital to systems using moving parts as it prevents collisions.

If a cylinder needs to be in a certain position before another action happens, the proximity sensor confirms where the cylinder is in its stroke.

For example, if the controller signals a cylinder to actuate but requires the door to be opened before the next step in the process occurs, it can utilize a proximity sensor to confirm that the door is open. When the controller signal sends the signal for the door to open it waits to see the proximity sensor send a signal back, alerting it that the piston is in the correct position.

If it does not receive a signal back in a certain timeframe, it will know the door has not opened. It will then stop the process to allow for the jam, or whatever hold up, to be fixed by the operator.

Programmable proximity sensors have many different applications and a wide variety of functions. There is a commonality between different models in that they can sense objects within a programmable window. This window can be adjusted to suit specific applications, making the sensors more flexible in their placement.

The mount may also be designed with less physical adjustment because the proximity can be changed by the operator or programmer at any time.

A common use for an adjustable proximity sensor is on non-ferrous part placement. They can be used to tell conveyors if a pallet is present at a certain location or tell the PLC when a product has reached a certain point in the manufacturing process.

They often have a much larger window for sensing, making them more suitable to applications where a part is not within proximity of the sensor.

Distance sensors are programmable proximity sensors that give a readable distance signal.

They are more expensive than a traditional proximity sensor but offer more functionality in certain scenarios. They typically use a laser sender and receiver in the same unit which pulses light to gauge how far something is by how long it takes for the light to return from the sender to the receiver in the unit.

They have the capability of being extremely accurate over relatively long distances. The price of the unit usually dictates the accuracy and range of the sensor with pricier units being more accurate and having a longer range. The units can send either an analog or digital signal to the PLC/Controller to be analyzed and used in the system. 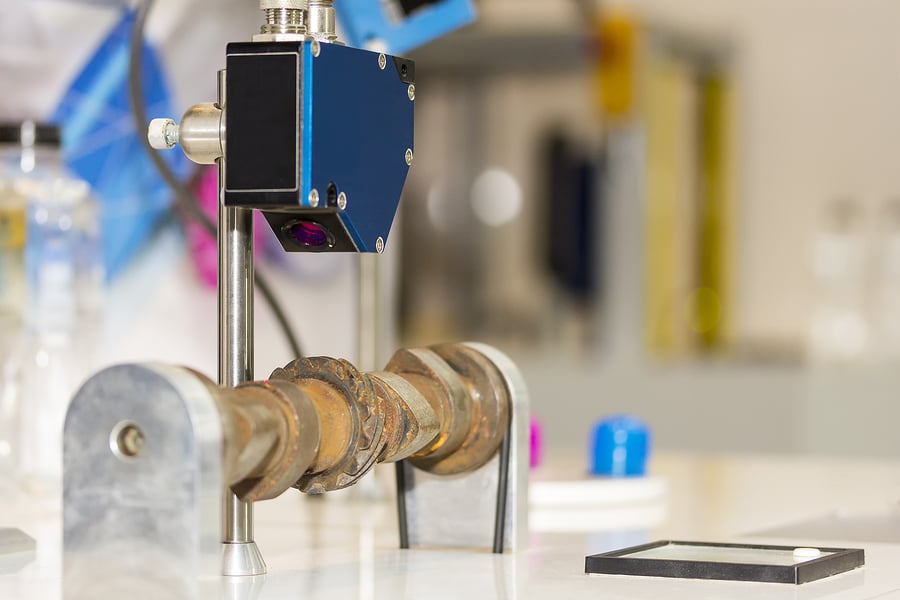 Distance reading sensors have many different applications; they can be used to measure bin/tank levels that alert operators when to change out consumables in the manufacturing process or used to give feedback to a PLC controlling certain movable parts in the system.

A robot palletizing cell that uses slip-sheets exhibits an appropriate example of how a distance sensing laser might be used in robotics. For instance, the robot can use a distance sensor mounted on the end of arm tool to judge the level of the slip sheet stack.

At the beginning of the shift, an operator ensures the slip sheet bin is full. As the robot palletizes, it uses the distance laser to judge how far down in the bin to go before grabbing a slip sheet. The laser not only tells the robot where it should stop before it reaches the pile of slip sheets but how many slip sheets are left in the bin as well.

The PLC takes this information and sends a warning to the operator when the bin is nearly empty. The operator can then shut down the cell when it is convenient for him/her to do so. This saves downtime by avoiding a full cell shutdown when the robot uses the last slip-sheet in the stack and forces a stop in the entire cell to allow for it to be refilled.

Do you use distance or proximity sensors?