The Evolution of Industrial Networking

The Evolution of Industrial Networking

Learn about the evolution of industrial-level communications networking, and current and future protocols.

The history of industrial networks is closely intertwined with the progress of communication technologies in the past century and the present day. Advancements in standards and protocols progressively permeated the industrial landscape. In other cases, these protocols originated the needs of each specific sector, which were later adopted in broader sectors.

What is an Industrial Network?

Before moving forward, it is important to define the definition of an industrial network. In this context, a network consists of the physical media that conducts data transfer among computers and other devices.

In an industrial environment, a network must handle large volumes of data while connecting a proportionally large number of systems. Also, data transfer rates are optimized to the demands of process controllers and other devices, with near real-time responses required in some cases.

Another relevant consideration here is the fact that industrial networks are predominantly Ethernet-based in modern-day. While nearly all the communication protocols that were the basis of these networks decades ago are still in use today, most of them are no longer utilized for an entire network. 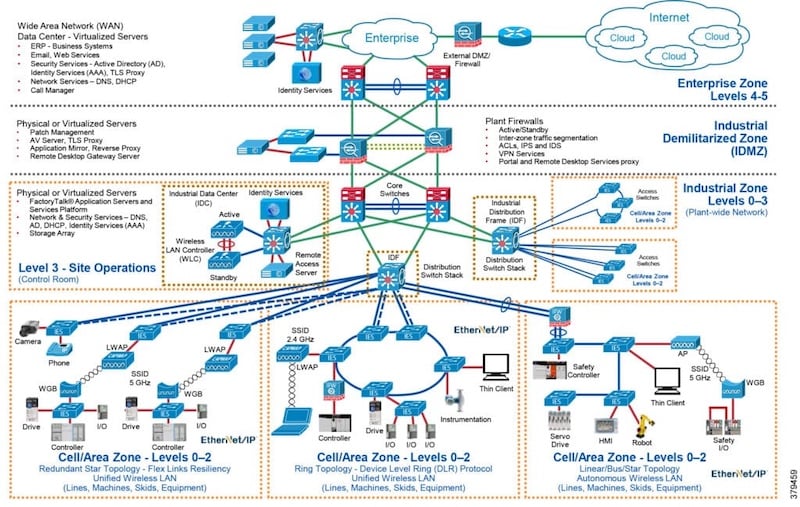 In other words, these protocols are still useful for connecting two devices or a subnetwork of devices, which normally are components of a larger Ethernet-based network.

The earliest industrial networks were simple and did not involve a large number of connected devices. Before the first communication protocols were established, control systems relied on arrays of relays and switches to activate components such as motors and light indicators. The creation of the programmable logic controller (PLC) brought the need for data transfer in higher volumes and, in general, more complex communication protocols.

Parallel to the adoption of the first PLC controlled systems, other sectors of the industry were using other methods of communication. One of these methods was radio frequency (RF). RF is a technology in which an electromagnetic signal is transmitted wirelessly, within a range of frequencies between 3kHz and 300GHz. Some of the earliest applications of RF technology are radio transmission (AM/FM), radar systems, and remote monitoring systems.

RF is still used today in applications in the medical sector (MRI scans), radars, satellite communication, and others. However, two major disadvantages of RF networks are the potentially negative health effects on people exposed to radio waves long term and the high susceptibility of these networks to outsider attacks (very low security). 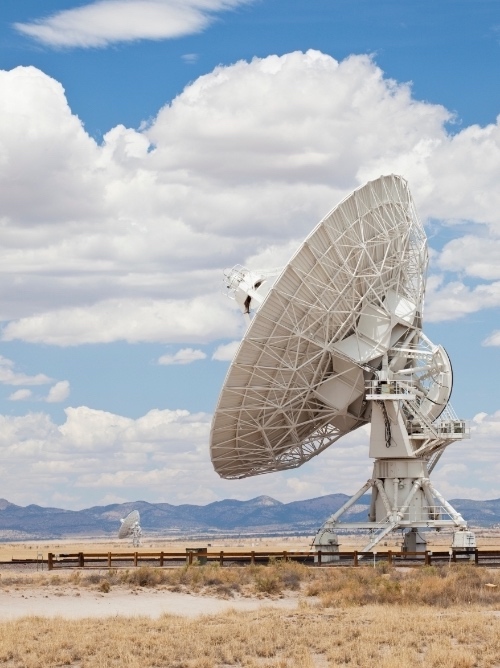 Figure 2. A modern radar antenna onsite at an industrial facility.

The 1960s and 1970s brought the introduction of two communication protocols that would become industry standards at the time. The first one, RS232, brought the first advanced point-to-point interfaces. Data could now be serialized and transmitted at rates faster than before.

Later, in the 1970s, Modbus expanded on serial communications by defining a standard of data transmission that would not necessarily be constrained by the physical media. Modbus was developed by Modicon, one of the first popular PLC brands.

Ethernet is a networking technology first introduced in the early 1980s. In the beginning, Ethernet relied on coaxial cable for data transmission, but now, RJ45 twisted pair and fiber optic cables are more commonly used.

From the start, Ethernet allowed faster data transmission rates than the other protocols available at the time. The ability to incorporate a larger number of connected nodes, as well as the longer cable distances permitted, were two other key advantages of Ethernet.

Ethernet is the protocol used in internet communications (Ethernet TCP/IP). TCP/IP was the first Ethernet-based protocol to be used with industrial controls. However, it had two fundamental problems. As PLCs became more advanced, they did not provide the new real-time transfer rates needed. In order to meet these needs, the Industrial Ethernet protocol was created. 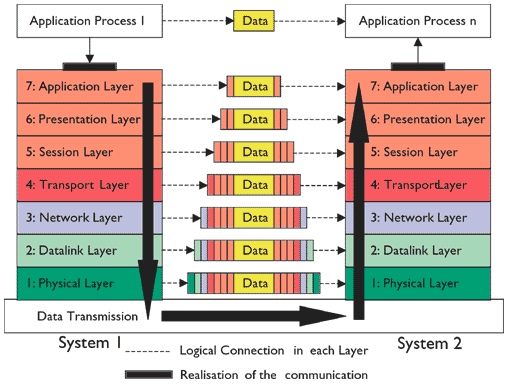 Over the past two decades, many major PLC manufacturers have developed their own Ethernet-based protocols. Beckhoff developed EtherCAT, Rockwell Automation created Ethernet/IP, and Siemens created PROFINET, to name some examples.

In all cases, the goal was to leverage the advantages of Ethernet for each of these brand’s devices. Similar to what happened to legacy protocols such as Modbus and RS232, now, these branded Ethernet-based protocols are widely used for the communication of subnetworks of devices, which are part of a larger industrial network.

Industrial 5G is an example of one of the most modern communication protocols being adopted in industrial environments currently. Based on the 5G standard used in cellular networks, Industrial 5G promises low latency and very high reliability that will further open the doors to new industrial solutions, such as augmented reality (AR), IoT, and virtual reality (VR).

Many claim that Industrial 5G will become another integral part of Industry 4.0. Industrial 5G is geared towards connectivity and cloud-based applications. Many of the same automation vendors that developed Ethernet-based protocols are already working on 5G-based adaptations for their systems. 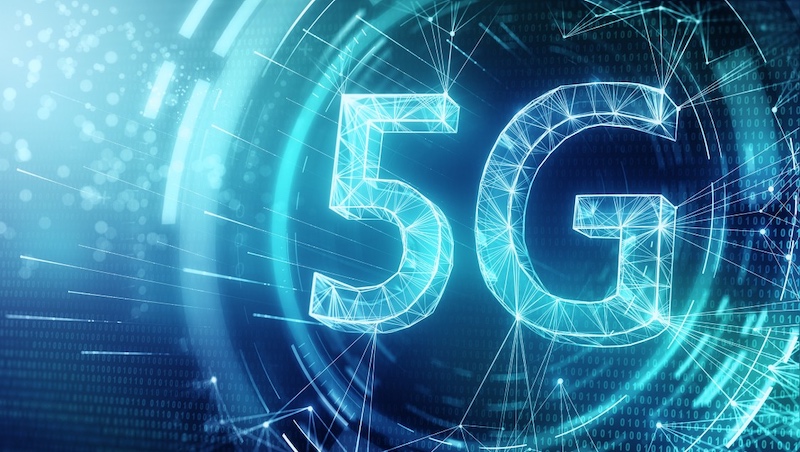 Industrial networking has come a long way since its early adoption from RF and radar technology to Ethernet, and now potentially 5G capabilities. There’s no doubt that innovation will continue to drive this technology, but where exactly is still unclear. How have you adopted industrial networking in your plant or facility? Let us know in the comments below.