This article provides an introduction to several serial communication methods and how to understand and apply them.

Industrial automation systems have always required special communication methods in order to be programmed and to work seamlessly between networked devices. Generations of proprietary and open-source standards have led to a confusing web of related techniques and terms.

The wide variety of digital communication systems available on the industrial market is a good thing, giving engineers nearly endless methods of interconnecting systems of various generations. At the same time, the differences between all of these systems create confusion and vague terminology often incorrectly applied to the wrong situations.

Some of the more common terms to clarify include RS-232 and RS-485, Modbus, Profibus, and the more modern USB and Ethernet. Many other systems exist, but many of these are proprietary systems that are offshoots of one of those common ones. 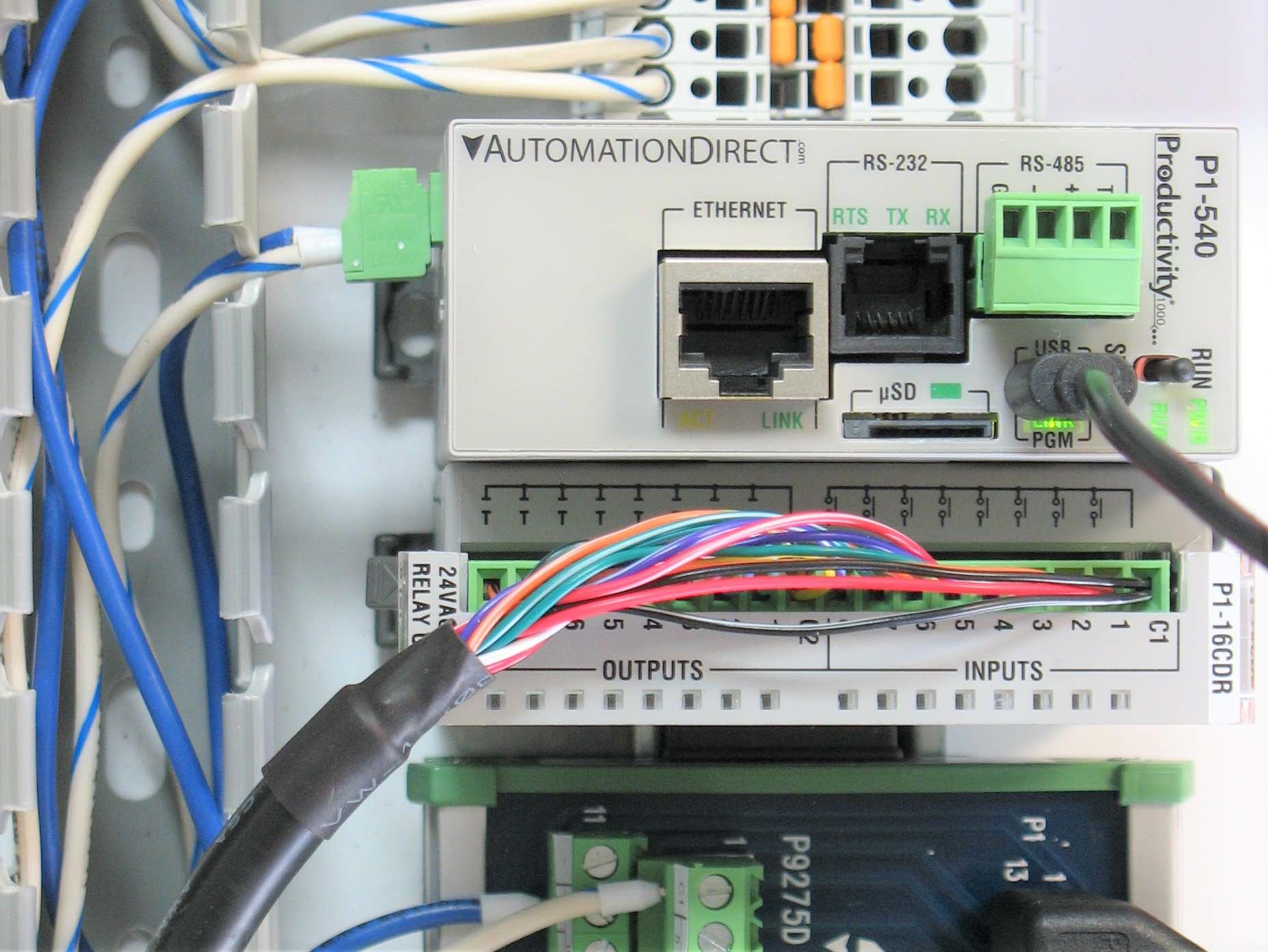 What are the Different Types of Serial Communication?

The first distinction between communication systems is defining a standard vs a protocol. Sometimes, an interface will consist of two seemingly different systems at the same time, for example, “Modbus over RS-485”.

A ‘standard’ is the stated limits over the electrical and physical characteristics of a certain system. The voltage levels between a digital ‘high’ and ‘low’, the speeds at which bits are permitted to be transmitted, the lengths of the cables, and the connectors themselves.

A ‘protocol’ is the agreement between the processors on each end of the cable as to how the packets of data are to be transmitted. For example, Internet Protocol (IP) dictates the number of bits for addresses, data frames, the order in which they are to appear in a data stream, etc.

Some proprietary systems might use a protocol that is very close to a normal standard, but with enough variation that nobody else can design devices that interface with their proprietary system. Obviously, these are more restrictive and they encourage less interchanging of different brands of devices. If a device adheres to the given standards and protocols, anyone can create a compatible device for that system.

When faced with a variety of inter-related terms, it can help to break the different systems into separate categories. That way, comparing the advantages and disadvantages is much more realistic.

The smallest digital networks that can be formed are Point-to-Point. They consist of only two devices linked with a single cable. USB is the most common type of P2P connection in the modern world, but another common standard, RS-232, is still used to interface with a variety of digital controllers like PLCs, HMIs, and VFDs. It is recognized by the 9-pin ‘serial’ connector or an RJ connector just like an Ethernet jack, except only 6 pins instead of 8.

RS-232 is a relatively slow standard, making it most suited for communication with microprocessor driven devices. These controllers almost always have speeds vastly slower than modern computers, so there is no need to constantly change them just to keep up with the latest laptop connector. However, as technology progresses, we are certainly not surprised to see modern connections on brand new devices. What current PLC doesn’t have either an Ethernet or USB connection or both? 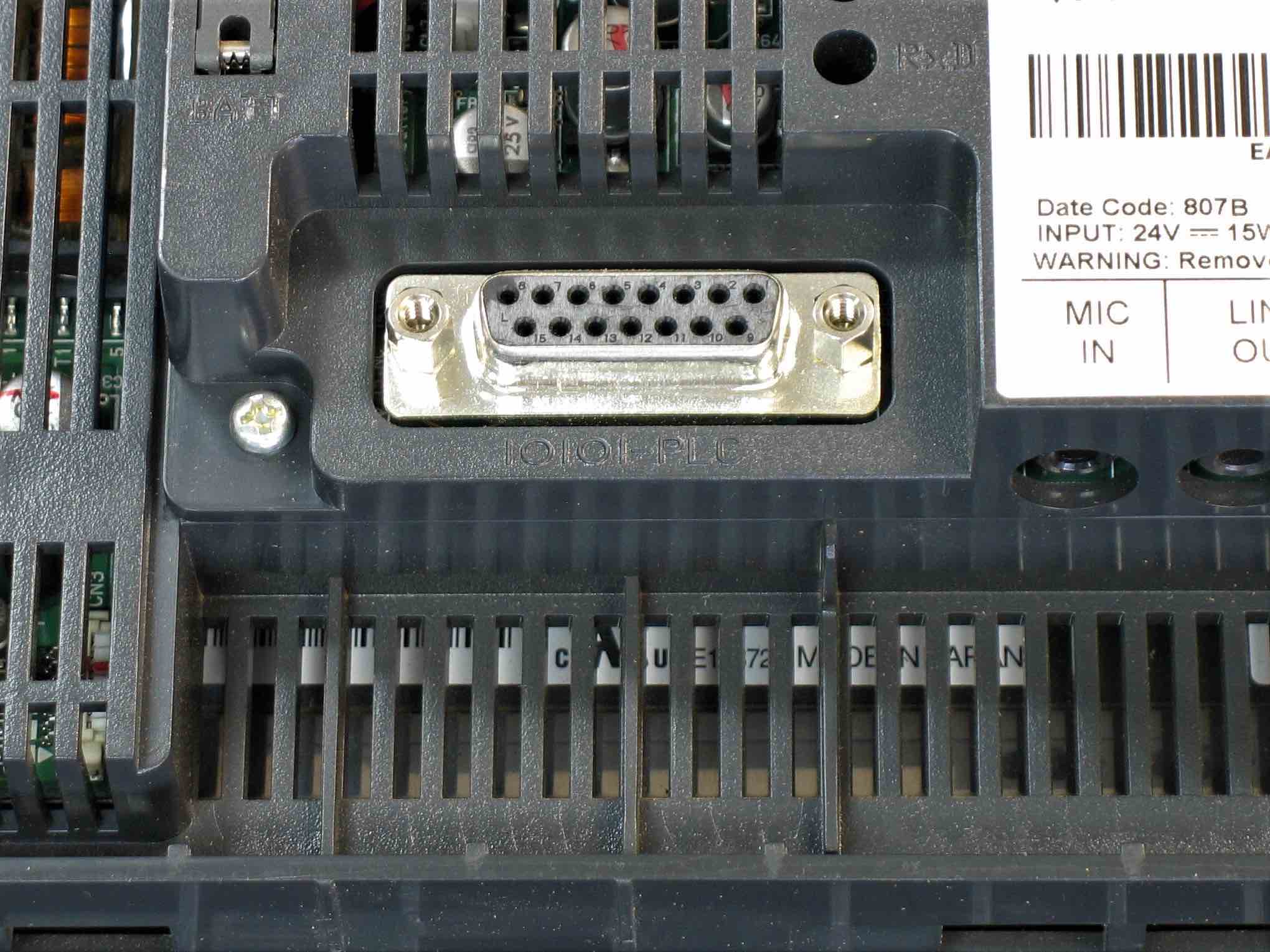 HMI Connector labeled as IOIOI-PLC which in this case allows RS-232, RS-422 and RS-485 connections from the same 15-pin interface.

Although USB and RS-232 standards define the voltage levels, the pin functions of the connectors, and the speeds (baud rates), the protocol, or format of the communication used on these channels can vary drastically. Device driver software is critical to ensure that both the host and client devices communicate properly.

Most industrial networks are formed with a shared connection between more than just two devices. These networks are more complicated than simple point-to-point because, with a variety of unique devices, they must be identified with individual addresses. This is exactly the importance of IP addresses in a TCP/IP network, probably the most common variety of multipoint network.

The standard RS-485 is one of the earliest implementations of a multipoint system and is still commonly used today. This standard defines communication along one or two sets of twisted pair wires allowing very long runs of cable, sometimes exceeding several thousand feet. In contrast, the straight conductors in an RS-232 build up capacitance and limit lengths more than 50 feet. Individual devices are connected to these twisted pair wires allowing them to all send and receive data along the same lines. For this reason, it must be very carefully controlled.

A very similar system is called the Controller Area Network (CAN) from which the automotive CANBUS and DeviceNet protocols are derived. The connection of the devices is the same, but the voltage levels are different, and therefore it’s not based on the RS-485 standard. The physical connectors of all of these systems can vary drastically.

Ethernet is the widest-reaching of the multipoint networks simply because of its ability to interconnect separate subnetworks across a facility or around the world with internet access. Since this communication network is so complex, the standards and protocols are defined in the IEEE 802 publication. Be careful of the connectors. Although Ethernet has the familiar 8-pin RJ45 jack, other connections such as RS-232 used for programming can have deceptively similar connectors.

When one of the common protocols such as Modbus or Profibus must interact with an Ethernet system, it’s common to have an adapter, such as a Modbus TCP/IP converter or gateway. Sometimes, the conversion to Ethernet may be built-in such as in the case of Profinet, which changes the Profibus protocol into Internet Protocol to communicate with a wider network of devices.

A Siemens S7 Controller with a PROFINET connector which allows the Profibus to communicate over an Ethernet network.

Digital communication cannot easily be summarized, but at least to sum up some of the categories and purposes. Point-to-point serial interfaces using the physical standards of RS-232 and USB are used for programming end devices.

Collecting data and sending commands between a control unit and other devices using Modbus or DeviceNet can be accomplished through multipoint networks like RS-485. Larger networks that must interface with internet-based systems or transfer large amounts of data often rely on IP using Ethernet standards since it’s such a universally applicable system.

Which serial communication methods do you use most frequently?