The LRUSV program is designed to autonomously send crewless ships to sea to place or collect munitions, track and destroy hostile targets, and numerous other offensive and defensive sea maneuvers. As part of this contract, they will also produce manned Defiant Class 40 patrol boats (PBs) for the United States Navy.

The LRUSV system has been designed to coordinate with other autonomous vehicles, such as other LRUSVs, to perform “swarm” operations. These operations are where all of the vehicles coordinate efforts toward a common goal. The USMC can combine sensor data from multiple LRUSVs to make decisions considering all available data. 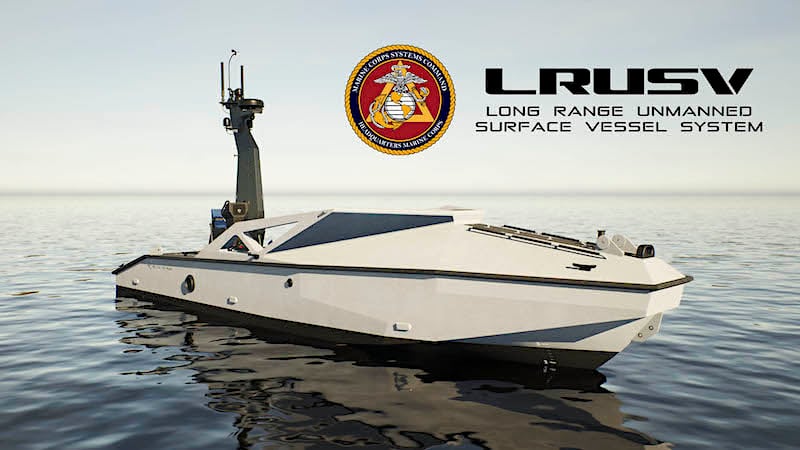 Metal Shark produces custom naval vessels for the commercial, recreational, fire, law enforcement, and military markets. In-house, they design and manufacture vessels from aluminum, steel, and fiberglass, from 16 feet (4.9 m) to 300 feet (91.4 m) in length. They also produce autonomous ships, over 400 to date, including the PMS 406 for the United States Navy.

Sixty mechanical and marine engineers check over designs using parametric 3D modeling software and careful consideration of how each piece is manufactured, placed, and inspected before building anything. Once approved, the design data is sent to computer-controlled metal cutting and bending machines to form all of the components. For the LRUSVs, these engineers chose to make most of the components from 5086 aluminum alloy, which is a corrosion-resistant, work-hardenable aluminum and magnesium alloy.

Metal Shark uses a combination of welding robots and experienced American Welding Society (AWS) certified welders to build the ships. Computer-controlled robots are implemented in hard-to-reach areas, such as around consoles or for tank construction.

Metal Inert Gas (MIG) and Tungsten Gas Arc Welding (TGAW, sometimes referred to as Tungsten Inert Gas or TIG) are used to ensure high-quality welds. MIG welding is faster but a little less precise than TIG welding, but both are suitable for aluminum and steel. Both also use an inert gas (such as argon) to prevent the metal from oxidizing under high temperatures. 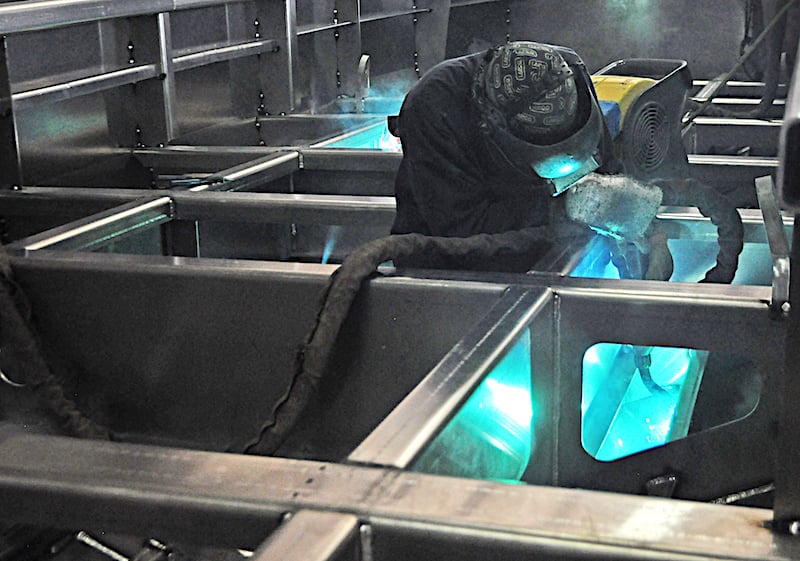 Experienced welder at Metal Shark assembling the substructure of a ship. Image courtesy of Metal Shark.

After the welding and construction are complete, teams of technicians and engineers complete the “rigging” phase. Rigging is where the ship is outfitted with all of the motors, pumps, electrical components, control panels, and so on. For these autonomous ships, there are a lot of electrical systems to install and test.

Because these vehicles may carry expensive, dangerous, and classified payloads, such as sea mines or torpedoes, it is essential that the LRUSVs undergo rigorous quality control to ensure that they will remain afloat. Key inspection points are the hull welding, the structural welding, sub-component welding, pilothouse prior to mating with the hull, and the final assembly.

There are numerous sub-assembly inspections, as well as spot inspections and system inspections to ensure this quality control.

The USMC and the US Navy will have a new tool to protect the nation: the LRUSV. Dangerous tasks like mining an enemy harbor, tracking enemy ships, and running patrols can be performed by autonomous vehicles instead.