The LGA35 is a compact actuator featuring a high positioning speed, short positioning time, and high thrust and tensile force. The device is built to include a movable polygon profile and, thanks to its integrated linear guide, allows for high-precision feeding without additional mechanical components.

As opposed to conventional electric motors that create motion in a circular motion, linear actuators create said motion in a straight line. These devices are traditionally utilized in machine tools and industrial machinery, but also computer peripherals such as disk drives and printers.

The main principle of operation of a linear actuator is that of an inclined plane. Essentially, the threads of a lead screw act as a ramp allowing a small rotational force to be used over a long distance to achieve movement of a large load over a short distance.

The compact design of the LGA35 design allows the actuator to achieve thrust forces of up to 240 N (depending on the thread pitch). Nanotec has however warned that force and output power ratings listed in the actuators’ data sheets are based on a duty cycle of approximately 10% to 20% and must be reduced for higher values. 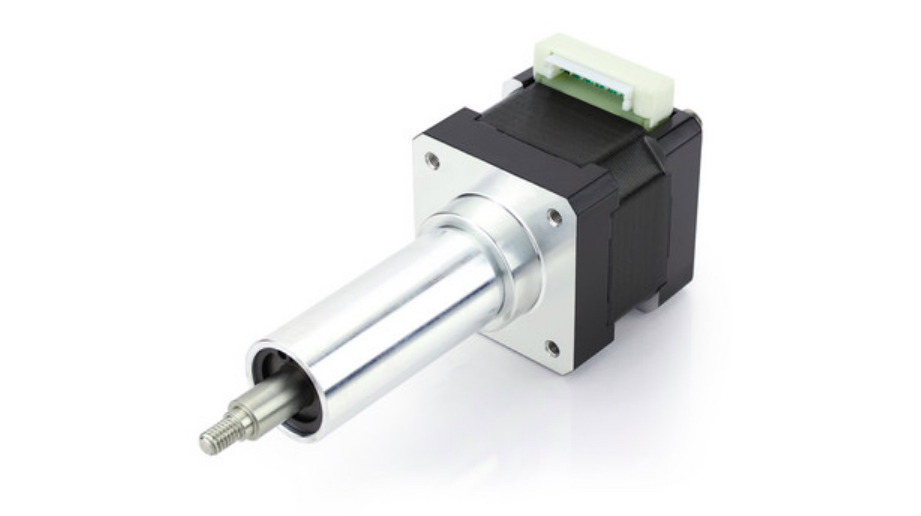 Two pitches are available as standard for the LGA35, respectively 0.61 mm and 4.88 mm, designed for different precision applications. The new range of actuators comes with stroke lengths of 19.05 mm and 36.1 mm, but customized designs are also available. These include nine further thread pitches up to 9.75 mm and stroke lengths of up to 63.5 mm. The LGA35 linear actuators can also be ordered with an encoder.

For maximum compatibility, the LGA35 Series can be also utilized in combination with Nanotec’s motor controllers. In these configurations, the new actuators can be controlled via Fieldbus, clock & direction, or analog/digital inputs. If operated in conjunction with encoders, the actuators’ driving force can also be monitored and controlled via the encoder’s control panel. The LGA35 Series is now available on Nanotec’s website.